SCIENCE BEHIND: What causes a rainbow?

Good luck trying to find the pot of gold! 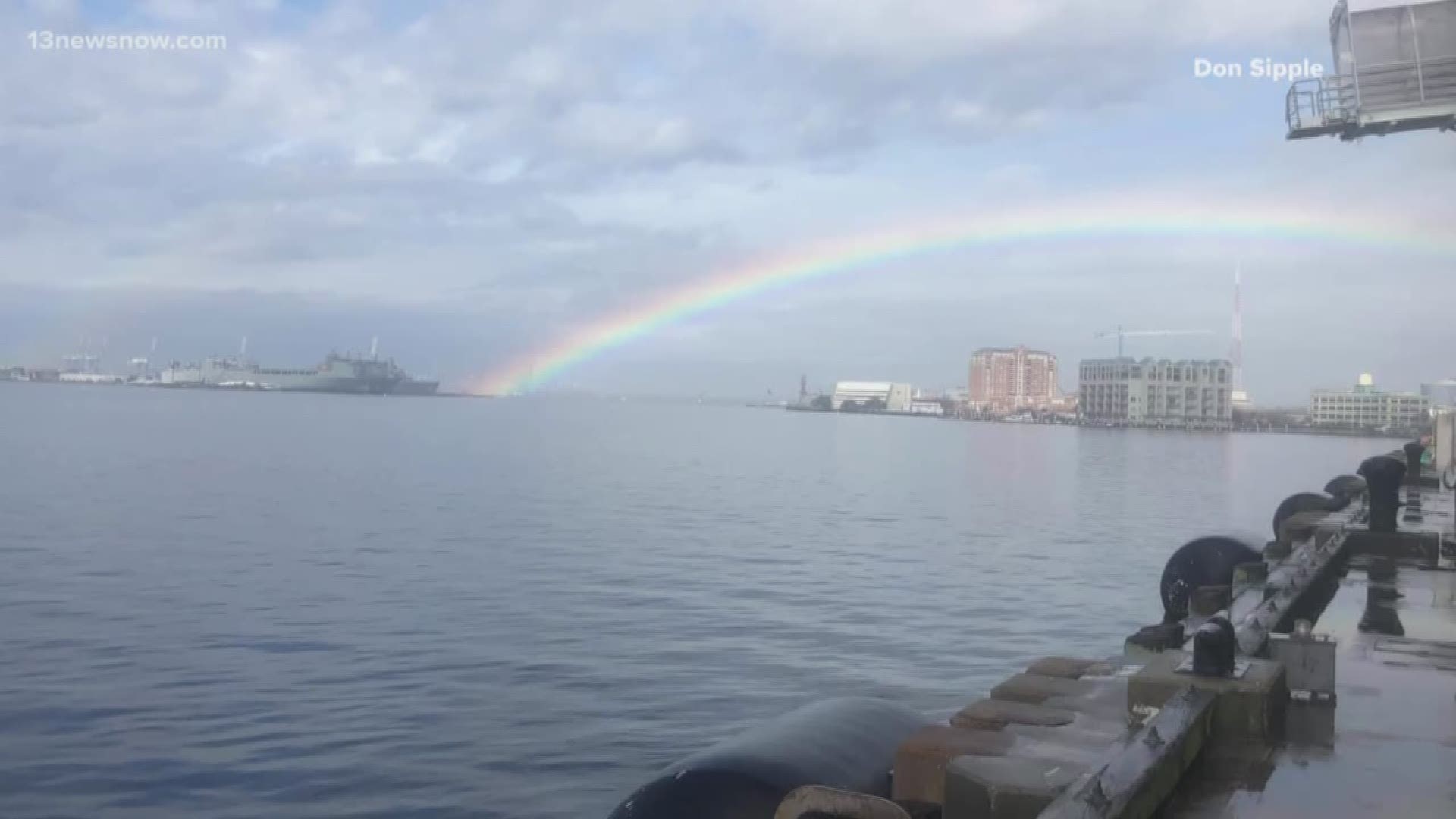 NORFOLK, Va. — At the right place, at the right time—we’ve all heard that before. The same fact goes for the weather phenomenon rainbows.

They’re seen in folklore and fairy tales but depending on your location, they can also be seen from your front door.

Rainbows are a finicky phenomenon because there are certain conditions you need to have to see the spectrum in the sky.

Let’s talk light: The sun gives us “white light”, which includes the entire visible spectrum—also known as the rainbow.

Light typically moves at the speed of, well, light (c = 3x10^8 m/s). That speed changes when light has to travel through a different material such as water.

When the white light first hits a raindrop, it bends—or refracts. It then bounces, or reflects, off the inside of the raindrop before exiting the droplet separated into the different wavelengths and colors of the rainbow.

Remember, I said rainbows are a bit finicky?

Well to see one, you have to be somewhere between the sun and the rain with your back to the sun. Watch out for the not-so-rare, but sometimes faint double rainbow.

Rainbows are actually optical illusions, which means they are relative to who’s seeing it and not at a set distance or location.