The Internet is filled with videos of Autonomous Sensory Meridian Response. ASMR involves whispering or a series of comforting sounds to help people relax or sleep. 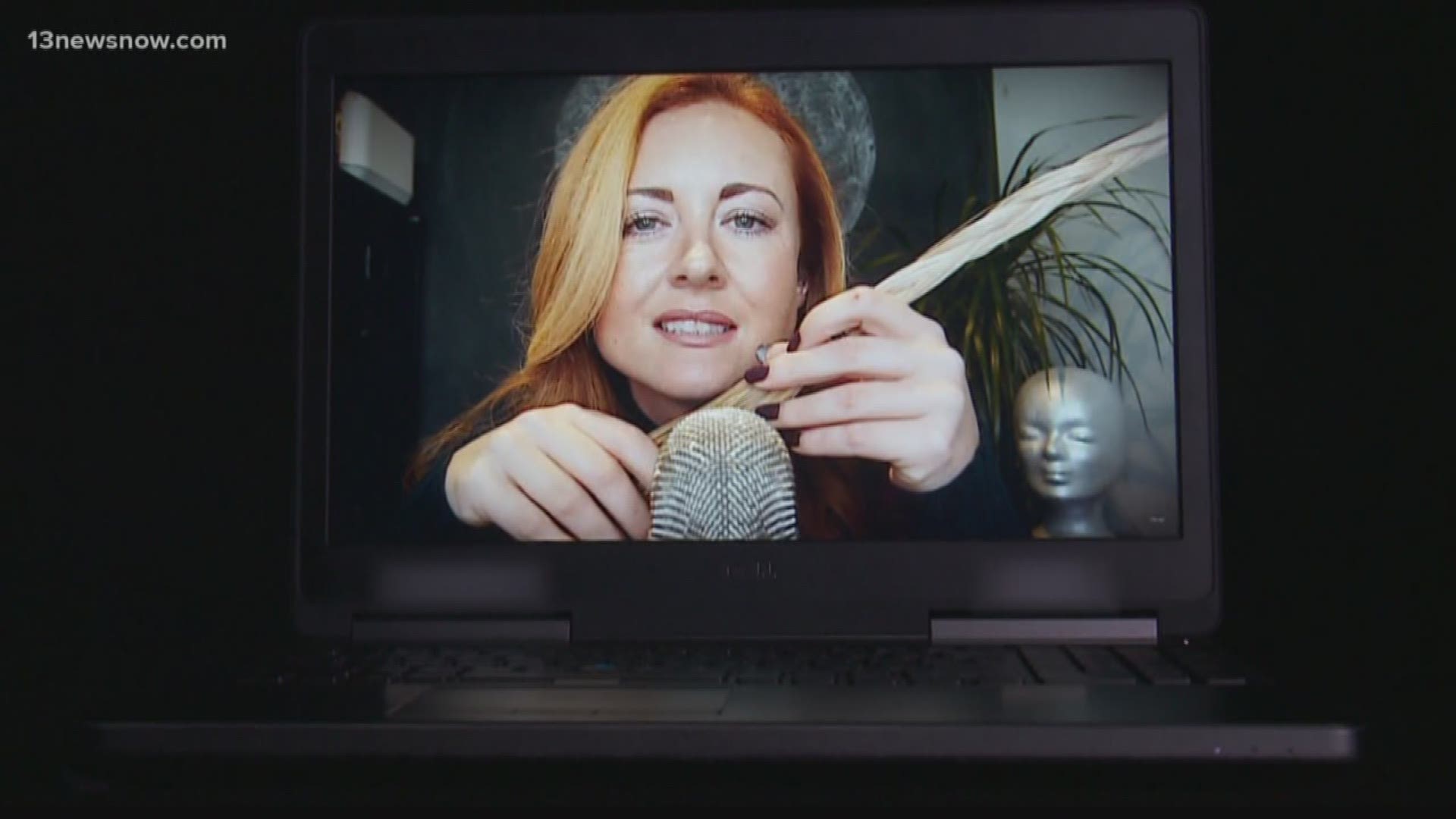 NORFOLK, Va. (WVEC) -- Whispering, in and of itself, is done quietly, but there is a new kind of whispering that’s making a boisterous impact online.

“It’s my purpose now. I’m on a mission. I do this absolutely every single day of my life. I’m always doing something to do with ASMR,” said Emma WhispersRed.

Emma WhispersRed has made hundreds of videos at her home in London that include making English toast and caressing high heels.

“I just like to talk about things I’m interested in, so I got lots of shoes, talk about my shoes, make sounds with the shoes, and before you know it, you have an ASMR video,” said Emma WhispersRed.

The main goal for most ASMR artists is to help people relax or fall asleep.

“I would say if someone has never experienced ASMR it’s kind of similar to getting a massage, that deep, amazing, relaxation feeling,” said Dr. Craig Richard of Shenandoah University.

Richard has been researching ASMR for the past five years, posting his findings on the Internet.

He said most people begin experiencing ASMR as children, but it wasn’t until recently that the sensation they were feeling was given a name.

“Coming home from school, turning on Bob Ross, sitting on the floor, and falling asleep halfway through Bob Ross, because he was doing something to my brain that was making it go fuzzy, get me relaxed, and making me pass out on the floor,” said Richard.

Many ASMR artists, including JellyBean Green of Texas, like to use role playing in their videos, whether dressing up like a nurse or Wilson the volleyball from the film Cast Away.

JellyBean Green makes one or two videos a week and has more than 70,000 subscribers on her YouTube channel.

She said the positive feedback she has received is amazing.

“I’ve gotten some really specific ones about people who are dealing with the loss of a loved one, and ASMR videos are the one thing that help them take their mind off it and get to sleep at night,” said JellyBean Green.

Some people may think of ASMR as sexual, but One Lilium of Denmark, said for her, the better word to describe it is "sensual," not "sexual."

With more than 210,000 YouTube subscribers, whispering has become a full-time job for One Lilium.

“There is actually a business in this, a big business,” said One Lilium.

Whisper euphoria isn’t for everyone. Somni Rosea of Canada has gotten her fair share of criticism.

“They’re like, ‘Why are you talking to the microphone so closely. That is extremely rude, and you're invading my personal space,’” said Somni Rosea.

Somni Rosea said ASMR artists need to be respected, though, adding that it takes a lot of practice, talent, and imagination.

“It’s not as easy as it seems. It can be very exhausting to whisper for an hour,” explained Somni Rosea.