Amanda Phillips calls Hampton Roads home, but part of her identity has always been tied to unknowns on the other side of the world. 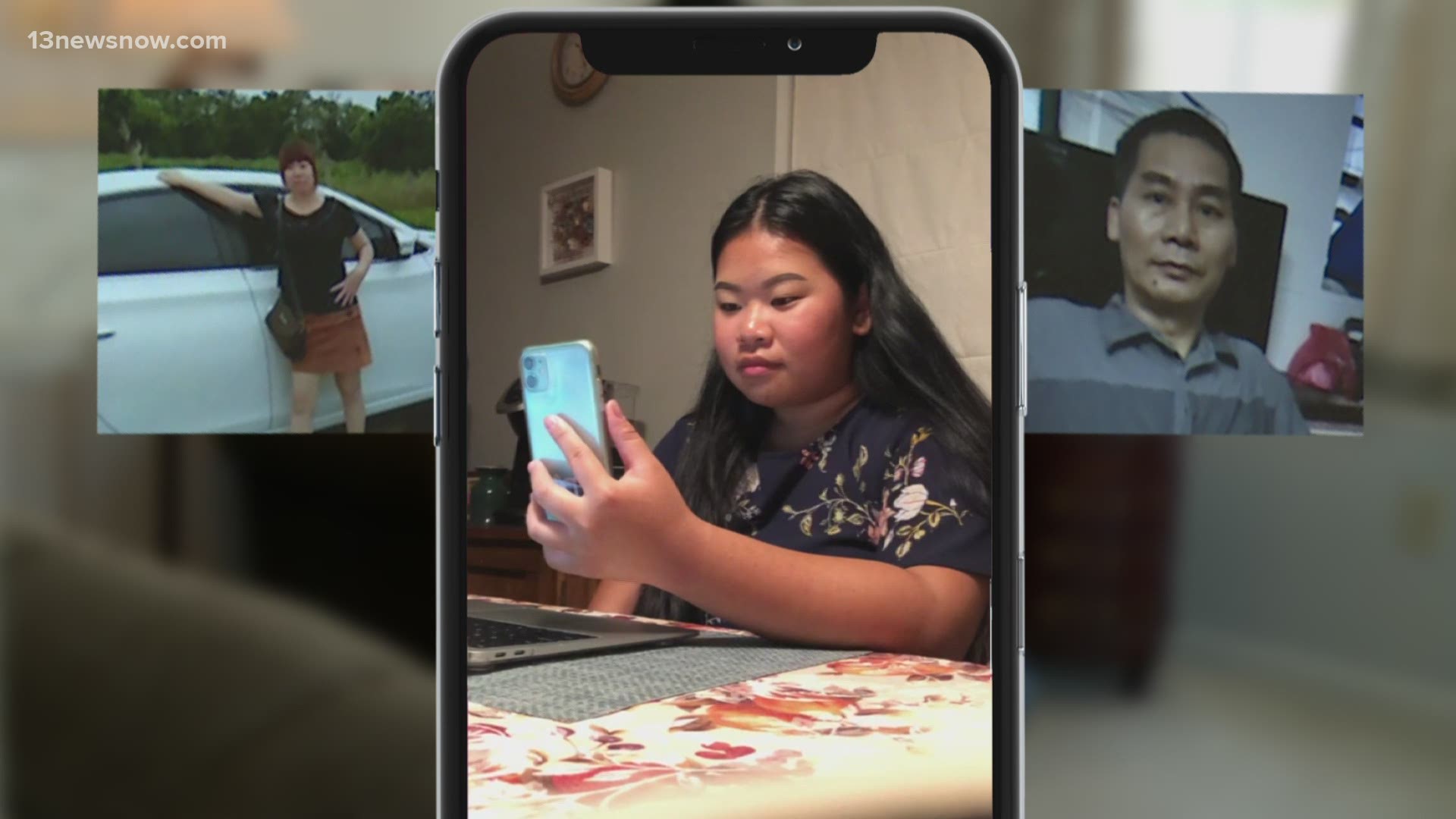 SUFFOLK, Va. — Adoption is a beautiful but oftentimes complicated process.

Amanda Phillips calls Hampton Roads home, but part of her identity has always been tied to unknowns on the other side of the world.

She was adopted as a baby thousands of miles away in Yang Chun, China.

For the last 20 years, she has been raised here in Virginia by her adopted parents and a small, tight-knit family. She currently lives with her mother, Teresa Phillips, in Suffolk.

“I can still remember the scent of her as they handed her to me,” said Teresa.

While Amanda considers herself fortunate to have a loving, supportive family, she has always had questions about her identity and her biological parents.

“Part of your identity is where you come from,” said Amanda. “I didn’t know where I came from, so it was a little confusing.”

When she turned 18, Amanda sent in DNA to 23andMe. She was curious to find answers, but the odds of matching with her biological parents were small, so she didn’t get her hopes up.

“For about a year I forgot I did it,” said Amanda. “When I got the email it was definitely a shock.”

It was the email she thought she’d never get, but it wasn’t from 23andMe. It was a different DNA analysis company trying to connect Amanda to a filmmaker working on a documentary about connecting Asian-Americans to their biological families.

During her attempt to help two other women find a match, the documentarian instead discovered a match for Amanda.

“They interviewed three out of the hundreds of people and none of them were a match,” said Amanda. “It came up as a match with me and that’s when they contacted me.”

Not long after that, Amanda was able to meet her biological parents in China for the first time during a video call.

She now talks to them once a week through WeChat and has learned she has seven siblings she never knew she had: three biological sisters, three half-sisters, and one half-brother.

It was a monumental discovery that stirred up all kinds of emotions, years of pain and confusion that won’t go away overnight.

“I think another reason why I want to share my story is that I want others to know it’s okay to have those feelings,” said Amanda. “In such a happy occasion, it’s still not going to erase all the hurt I’ve had for 20 years. That’s okay. That’s part of my story.”

Amanda is in the early stages of planning a trip to China to reunite with her biological family, and she’s still trying to find two of the seven siblings who were also put up for adoption.

She says her biological mom has expressed guilt and regret having to give Amanda up as a baby.