The letter was sent to American servicemen during World War I, thanking them for their service. 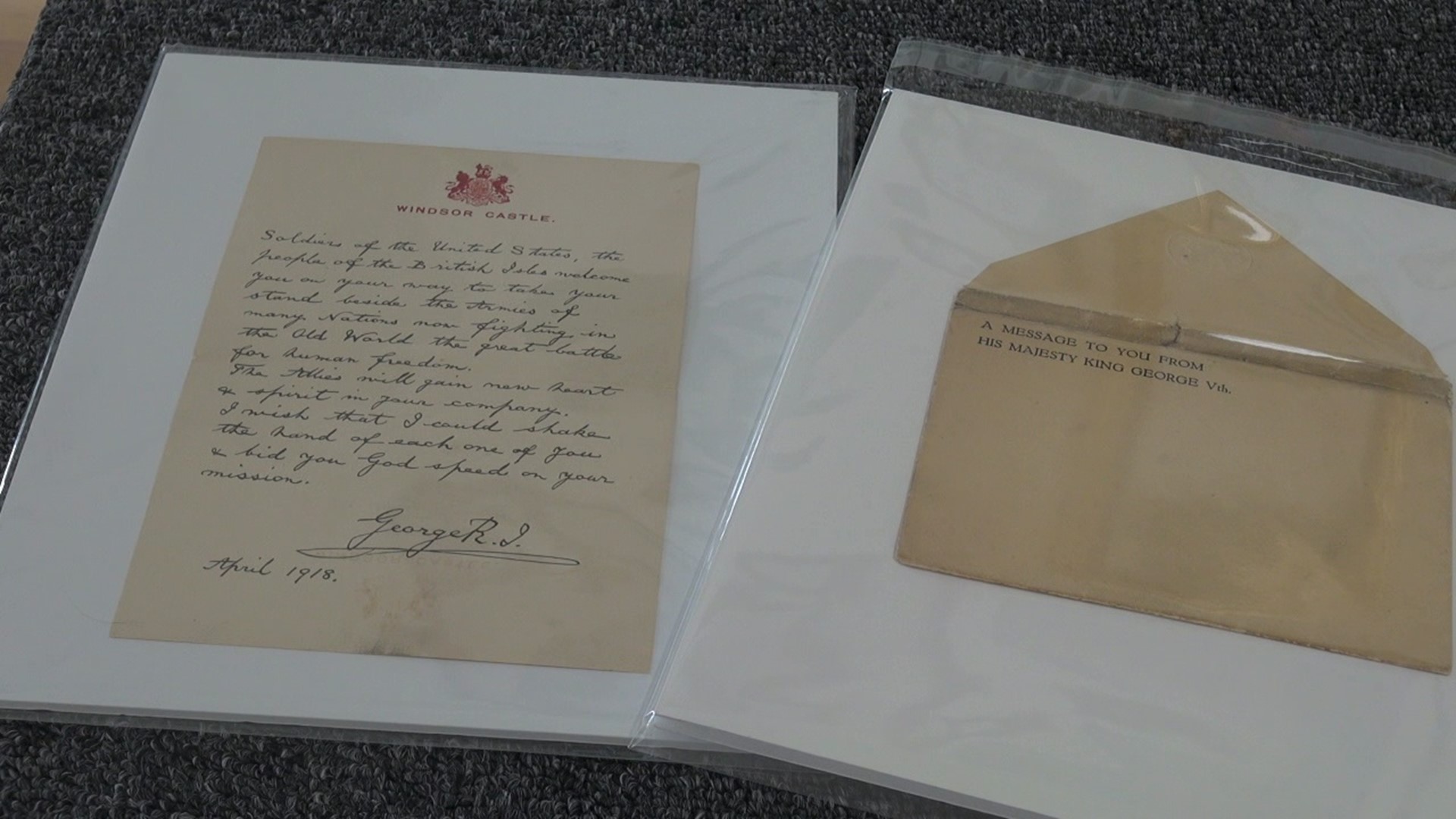 SHICKSHINNY, Pa. — A woman from Luzerne County was going through her uncle's belongings when she found a letter in perfect condition and perfect for the historical society where she is a member.

As soon as Jim Bach received the letter from a fellow member of the Shickshinny Area Historical Society, he took it to the Upstairs Gallery to be framed. The letter was in perfect condition, still folded in its envelope when it was found.

"There were two scrapbooks, and then there was this. and I couldn't believe it. I saw the date; it's over 100 years old," Bach said.

Bach received the letter from his friend Margaret Kyttle of Huntington Township. She found it in her uncle's belongings. It was written by King George V of England and sent to American servicemen during World War I, thanking them for their service.

'When you see and read what these people went through, you think 'jeez, my life isn't so hard' when you think about what they went through so that we have freedom here in the United States," Bach said.

The end of the letter reads, "Godspeed on your mission." It is signed and dated.

Bach did some research and found another one on display in a museum in Ohio, and wonders how many more there are out there.

"I assume that there are probably others out there. Maybe when people see these news articles and say, 'Hey, I have one of those.'"

Bonnie Shane owns the Upstairs Gallery in Shickshinny. She knows because it's so old, not many more hands can touch the letter, so her job is now to frame it so it can come to the Shickshinny Area Historical Society's museum.

"We're going to treat it with archival materials, put UV-protective glass on it, handle it carefully, and put it on display so the information is available for people to enjoy," Shane said.

"You get to learn the stories of what happened to people who lived around here, who went to service, who did their time, came home, and lived their lives, but didn't tell their stories all the time," Bach added.

As soon as the framing is completed in a few weeks, the letter and the envelope will be on display at the museum.