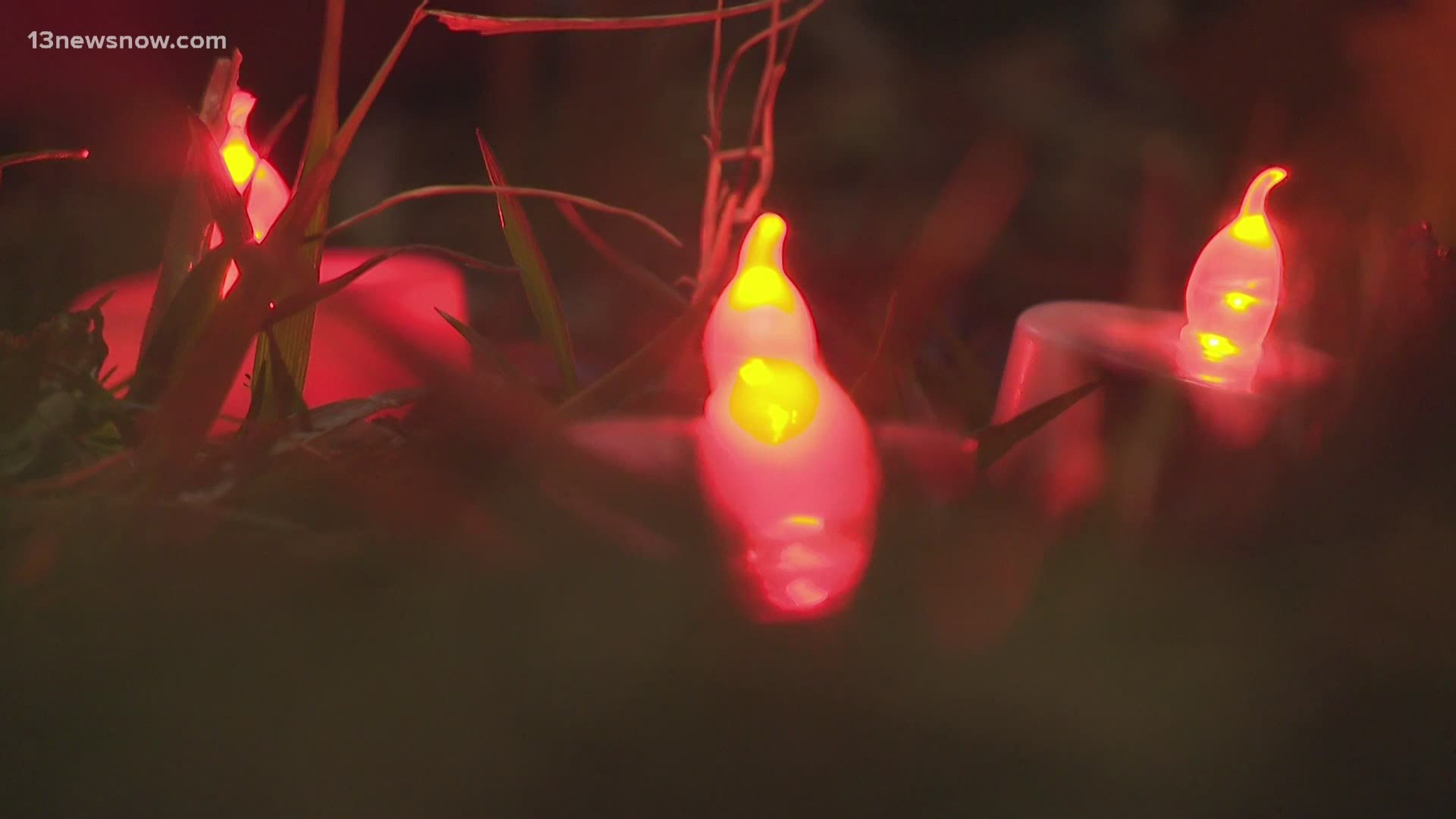 Newport News police officers, friends and members of the community had a moment of silence for the fallen hero. She was a police officer, a Navy veteran and a mother.

One year later, colleagues like Matt Crutcher, a police officer with the Newport News Police Department are still grappling with the painful loss.

“Everybody felt the loss when she passed," said Crutcher.

Officer Crutcher worked with Thyne. On Saturday, he asked other brothers and sisters in blue to celebrate Thyne's life and service.

“The pain is still there, the hurt is still there, but we do her justice and we follow in her footsteps and try to make the city of Newport News a better place to live for everybody," said Crutcher.

On January 23, 2020, Thyne conducted a traffic stop. The driver, Vernon Green, tried to flee the scene.

He dragged Thyne an entire block before hitting a tree on the corner of 16th street and Walnut Avenue.

Thyne was taken to the hospital, where she later died from her injuries.

Since Thyne’s death, Shannon Wilburn and her friend have felt the need to keep Thyne’s memory alive.

“I have four children around Katie’s age and it impacted me, you know?," said Wilburn.

Throughout the year, Wilburn placed flags and pictures of Thyne at the same tree. Other Newport News residents placed blue necklaces on the branches, and a custom sign was made with her name and end of watch date on it. Wilburn said people have placed anything they can to show support.

Wilburn said she had never met Thyne, but admires Thyne's impact on the community.