American bully dogs often get the stereotype of being aggressive and fighting dogs, but a group is trying to overcome that by showing it's all in how you raise them. 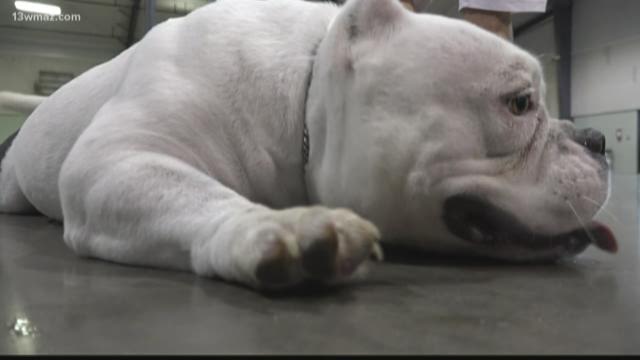 American Bully dog owners gathered at the America's Most Wanted Bully Bash at the Georgia National Fairgrounds in Perry to conquer the bad rep that these dogs are aggressive.

Chiuntda traveled from Florida to take part in the Bully Bash Saturday. She said she’s tired of these dogs getting a bad rep.

American bully dogs often get the stereotype of being aggressive and fighting dogs, but this group is trying to overcome that by organizing events like this and showing it’s all in the way you train your dogs and puppies.

Each year, an American has a one in 50 chance of being bitten by a dog, but within that chance, you're even more likely to be bitten by a Pit Bull or Pit Bull mix, according to dogbite.org.

“My dogs are good dogs, they sleep in the bed with the kids, they stay inside with us,” De'Ante Thompson, a Pit Bull owner, said.

Thompson should know since he has owned Pit Bull terriers and later American Bullies since he was a kid. He says he has never been bitten, but he knows it can happen.

“It needs to be treated on a case by case basis, not just about a breed being bad. Pit Bull terriers should have a second chance," Thompson said.

He says illustrating that these breeds deserve a second chance is what the event was all about.