Someone found two baby bears that were in a box on his front lawn in Camden County. The cubs were taken to Asheboro Zoo to be examined. 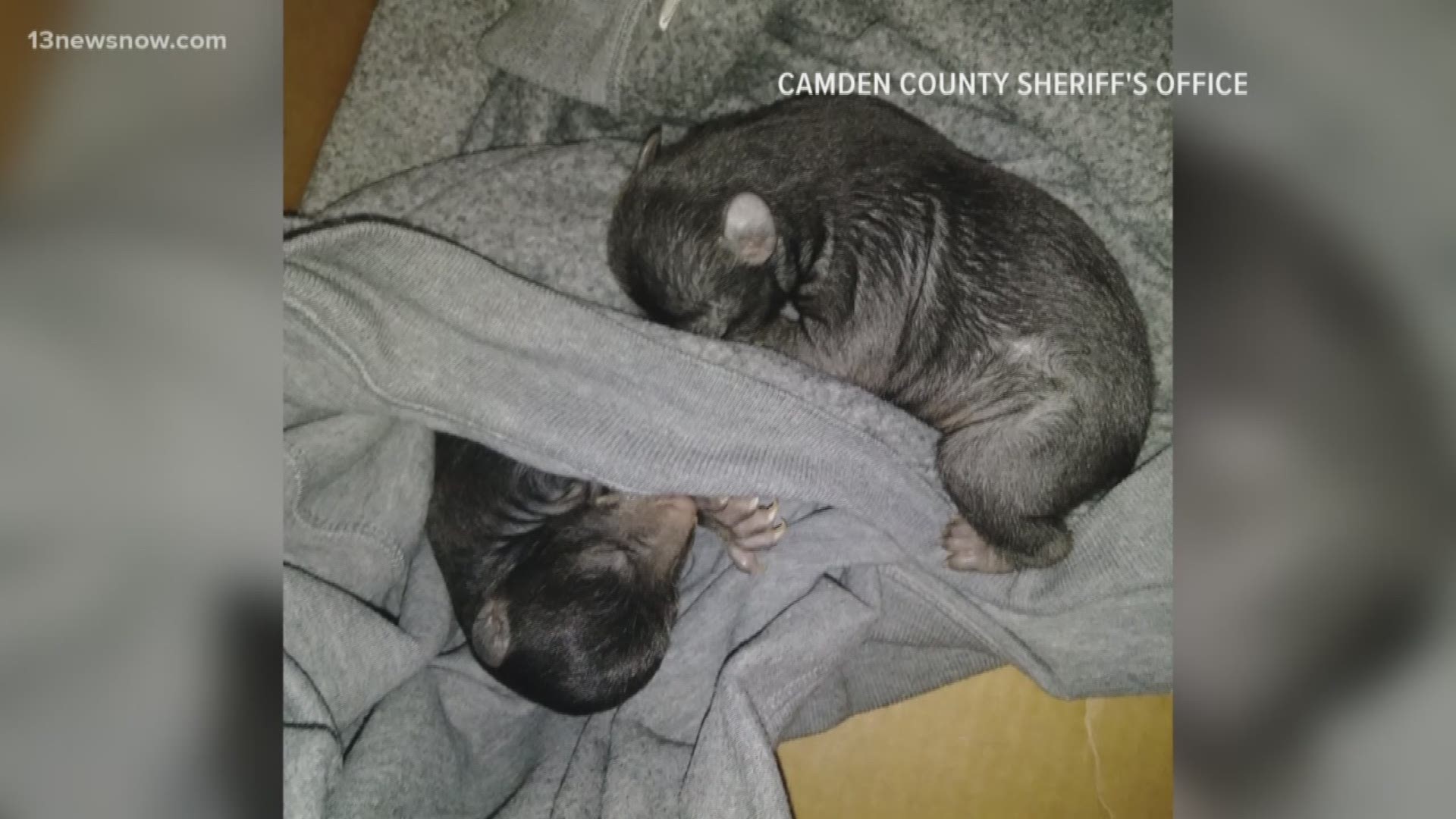 CAMDEN COUNTY, N.C. — Two baby bears were taken to a North Carolina zoo after being found in a box on a lawn in Camden County.

Whitney McLawhorn, speaking on behalf of the Sheriff's Office, tells us a resident at a home on River Road called dispatchers on Jan. 28 stating that he found a box on his front lawn with what he thought were puppies inside it.

Deputies stopped by the home and determined they were infant bear cubs.

They contacted the North Carolina Wildlife Commission and the cubs were transported to the Asheboro Zoo for examination.

RELATED: Search is on for a red panda that escaped a French zoo