Skittish, emaciated, and neglected for four years. Faye and Veronica need patient owners willing to teach them what love truly looks like. 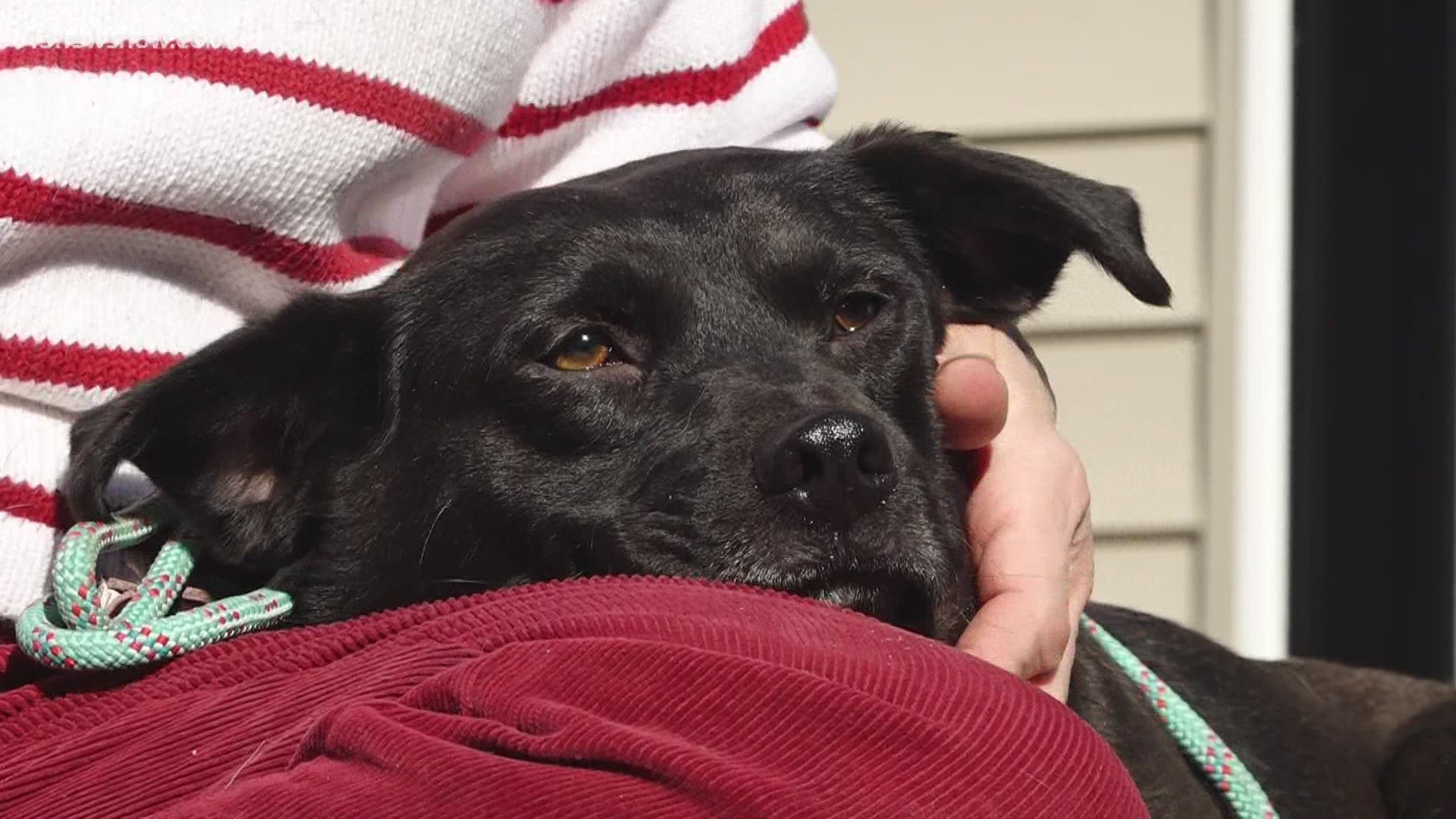 SUFFOLK, Va. — Faye and Veronica were neglected and malnourished when the Suffolk Humane Society got them.

Faye is a four-year-old German Shepherd mix. Margie Wiley with the humane society told 13News Now she was in a kennel with five other dogs.

"Her health was not good; she was emaciated," added Wiley.

Faye lives in a foster home with Veronica: a sweet dog whose story is similar to Faye's.

Animal control found her with 35 other dogs. They were loose and mostly fed potato chips all their lives.

Because of their background of neglect, both pets are hesitant and skittish around strangers, especially Veronica.

"It's going to take her some time to be snuggly enough the way she is with Cindy right now. She's just unsure of people," said Wiley.

Wiley added that trust would be an essential factor in deciding if you're right to adopt one of these dogs. The trust won't be instantaneous, and it could take months for either of them to feel comfortable enough to cuddle.

If you're patient, Wiley said, it's worth it.

Veronica is a bit more hesitant than Faye, and that's all in their personality types.

"Faye is very curious. She's going to like to run and play ball and be energetic," said Wiley.

The Suffolk Humane Society requires anyone interested in adopting either of them to have a fenced-in backyard.

"They both need fenced-in back yards because they are curious and aren't great on a leash just yet," added Wiley.

A fenced-in yard, and no small children, are the only requirements for these rescue pups.

Outside of those stipulations, these two are ready for a loving home.

They can be adopted together or separately. You can go to the Suffolk Humane Society's website to learn more about the adoption process or fill out an adoption application.