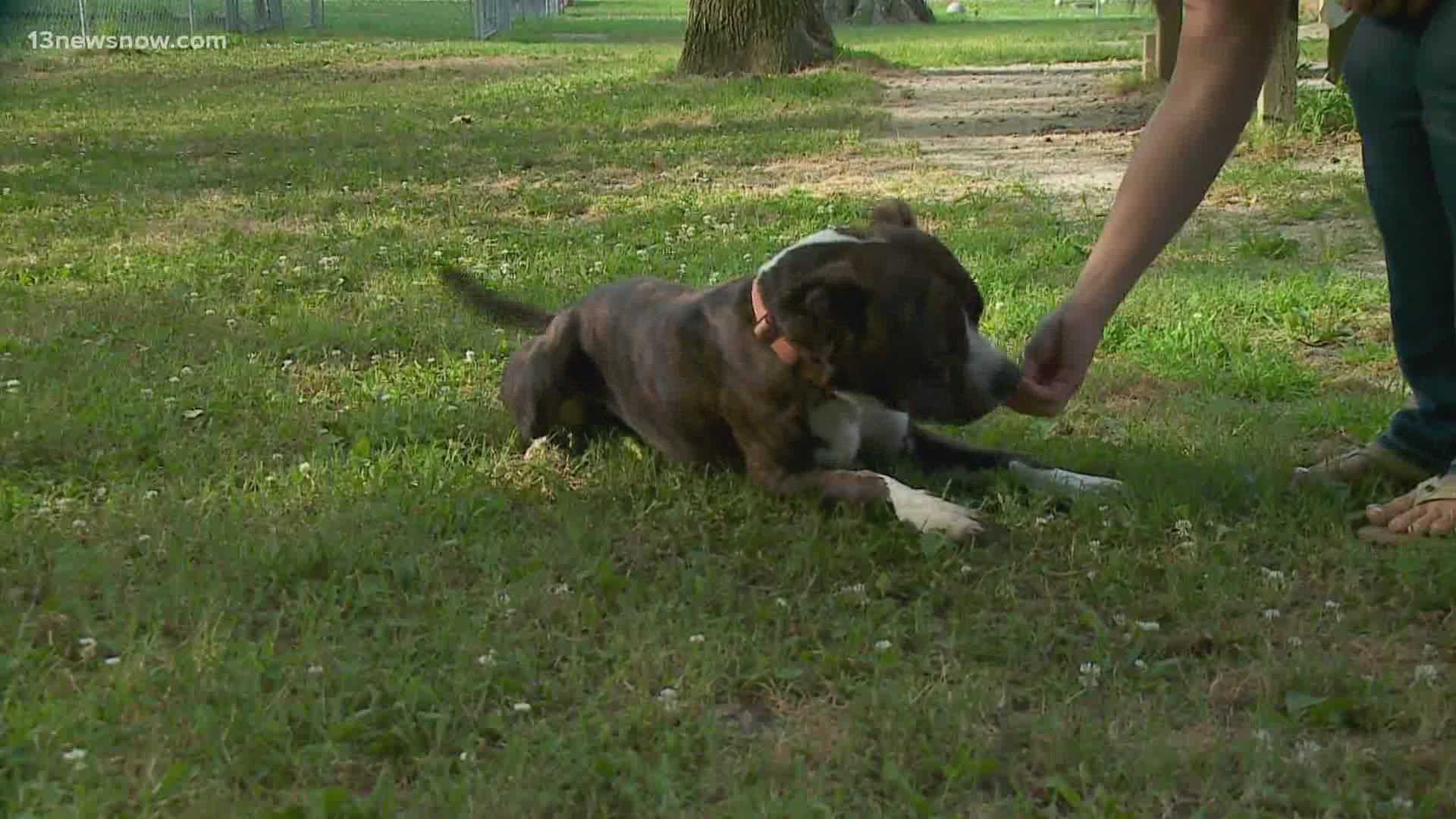 NEWPORT NEWS, Va. — Animal Aid Society and Tradition Brewing Company in Newport News teamed up to launch a beer that features four adoptable dogs from the shelter on its cans.

These four dogs were looking for fur-ever homes - and one, named Wrangler, has already been adopted!

Kelly Loer, of Animal Aid Society in Hampton, said the shelter has recently been booming with people stopping by to look at the adoptable dogs.

"Since the beer release we have had more appointments made here then we have had in the past couple of weeks," Loer said. "More inquires and pre-adopts on dogs, which is absolutely wonderful. Doing this collaboration and partnership with Tradition, for us, means our goal was achieved."

With the COVID-19 pandemic, Animal Aid Society wanted to find a way to bring dogs into peoples homes, so Loer and Brian Martin (of Tradition Brewing Company) put their heads together.

Why not feature adoptable dogs on the cans of beer?

Experts said the beer is a lower alcohol, moderately hoppy beer that hits the masses, whether consumers are fans of IPAs or not, it’s approachable for everybody.

"The Newport News branches of 7-Eleven wanted some for their stores, so we are super excited about that," Loer said. "If anyone sees them in Newport News 7-Eleven stores, please take a selfie and share it with us because we would love to see it!”

Adelaide, Waylon and Tesla are still available for adoption, and people are welcome to stop by Animal Aid Society to visit them.