An angel named Sabrina scooted on her belly about 30 feet into a storm drain to get the dog dubbed Carnitas, and then went back down for the puppies. 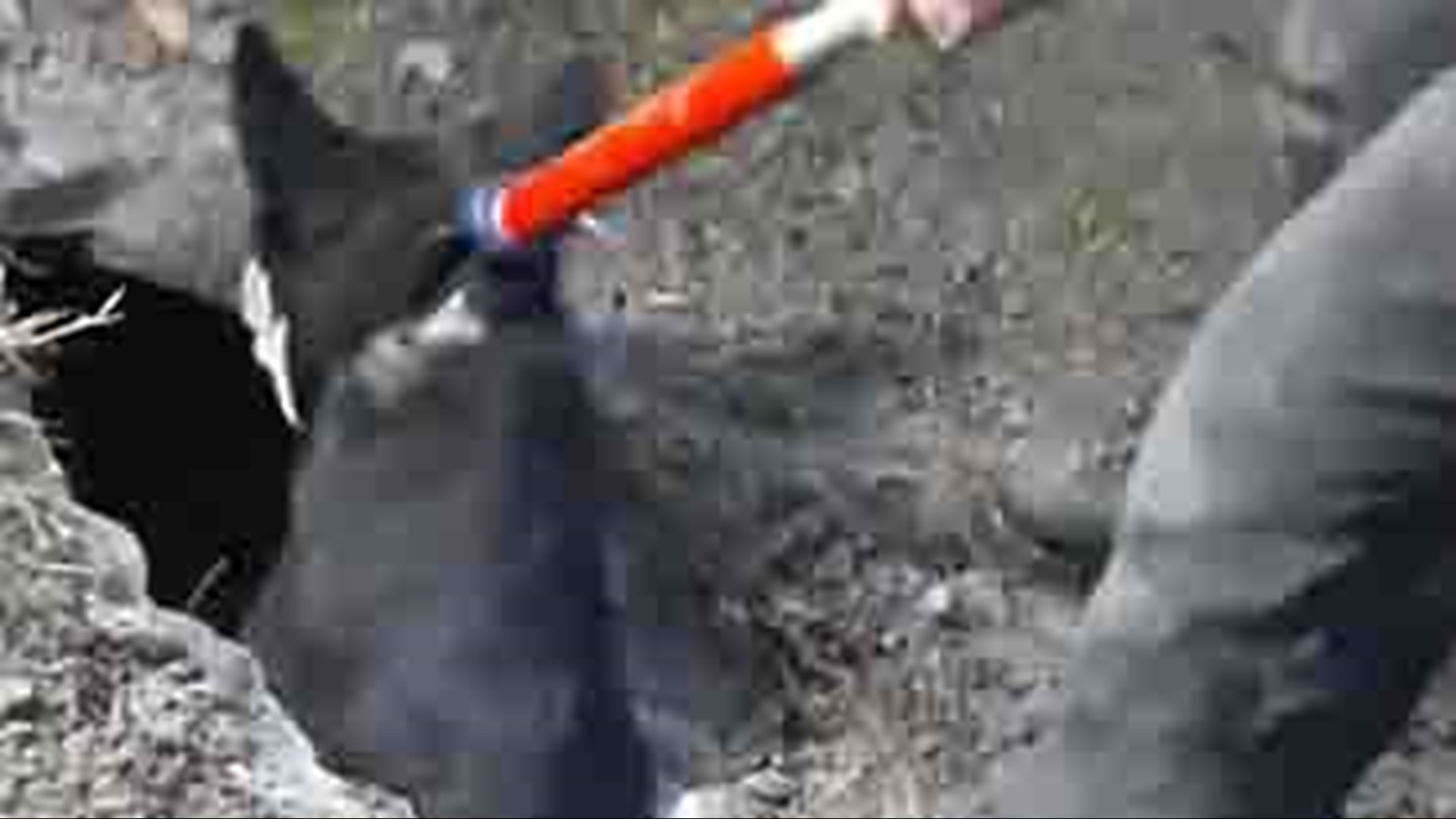 HOUSTON — A group of animal lovers in north Houston came to the rescue of a stray dog and her four newborn puppies over the weekend.

Pam Ashley, Emily Daniels and Shireen Hyrapiet -- who connected on the Next Door app -- had been trying to catch the dog they dubbed Carnitas for weeks.

Anytime, anyone spotted the pregnant dog near busy roads in the Lindale Park area, they would meet up to look for her. But each time, she got spooked and ran away.

After a tip that Carnitas had given birth in a storm drain on Irvington, the group met to cook up a rescue plan. That’s when a stranger named Sabrina Amador joined them and volunteered to go into the storm drain.

She squeezed into a small hole and scooted on her belly about 30 feet into the drain to grab Carnitas with a catch stick. The mama dog wasn’t a happy camper when they pulled her out of the hole and away from her babies.

Sabrina barely had time to catch her breath before going back down for the puppies. She was able to pick up all four of them but scooting backward on her belly wasn't easy.

One by one, Sabrina handed the pups to her fellow rescuers before climbing out of the hole. The puppies were quickly reunited with mama Carnitas in a large crate.

The whole rescue was documented on cellphone video.

Carnitas and her puppies stayed at Emily’s over the weekend and she's letting humans come close enough to pet her.

They need to find a rescue group or foster home soon. If not, dogs will be taken to BARC on Wednesday.

If you or someone you know is interested in fostering or adopting Carnitas and her puppies, please email: emilyjdaniels@gmail.com

Credit: Benjamin McClelland
These women were bound and determined to rescue Carnitas and her puppies from a north Houston storm drain and they did it.