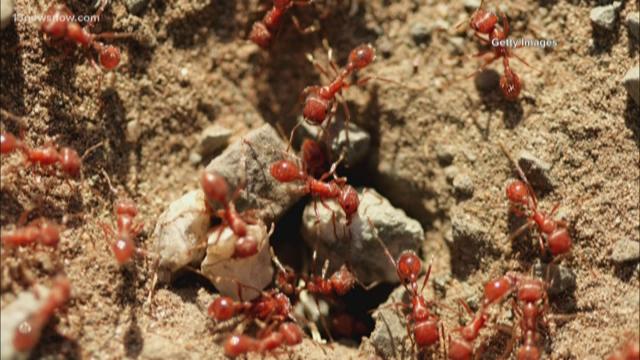 RICHMOND, Va. — The Virginia Department of Agriculture and Consumer Services announced on Thursday that the Virginia's Imported Fire Ant Quarantine has been expanded.

Areas not included in the quarantine include Brunswick, Greensville, Isle of Wight, Mecklenburg and Southampton and the independent cities of Emporia and Franklin.

The Virginia Department of Agriculture and Consumer Services said this measure was necessary after data from a survey that imported fire ant populations were widespread in those locations.

The imported fire ant is not native to the United States, and it's known for its aggressive behavior and ferocious sting.

Once they make a home, the imported fire ant has the potential to spread to uninfested areas, either through natural means or through the movement of infested articles (artificial spread).

Regulated articles include, but are not limited to:

With the recent expansion, the quarantine now includes all of the following locations: