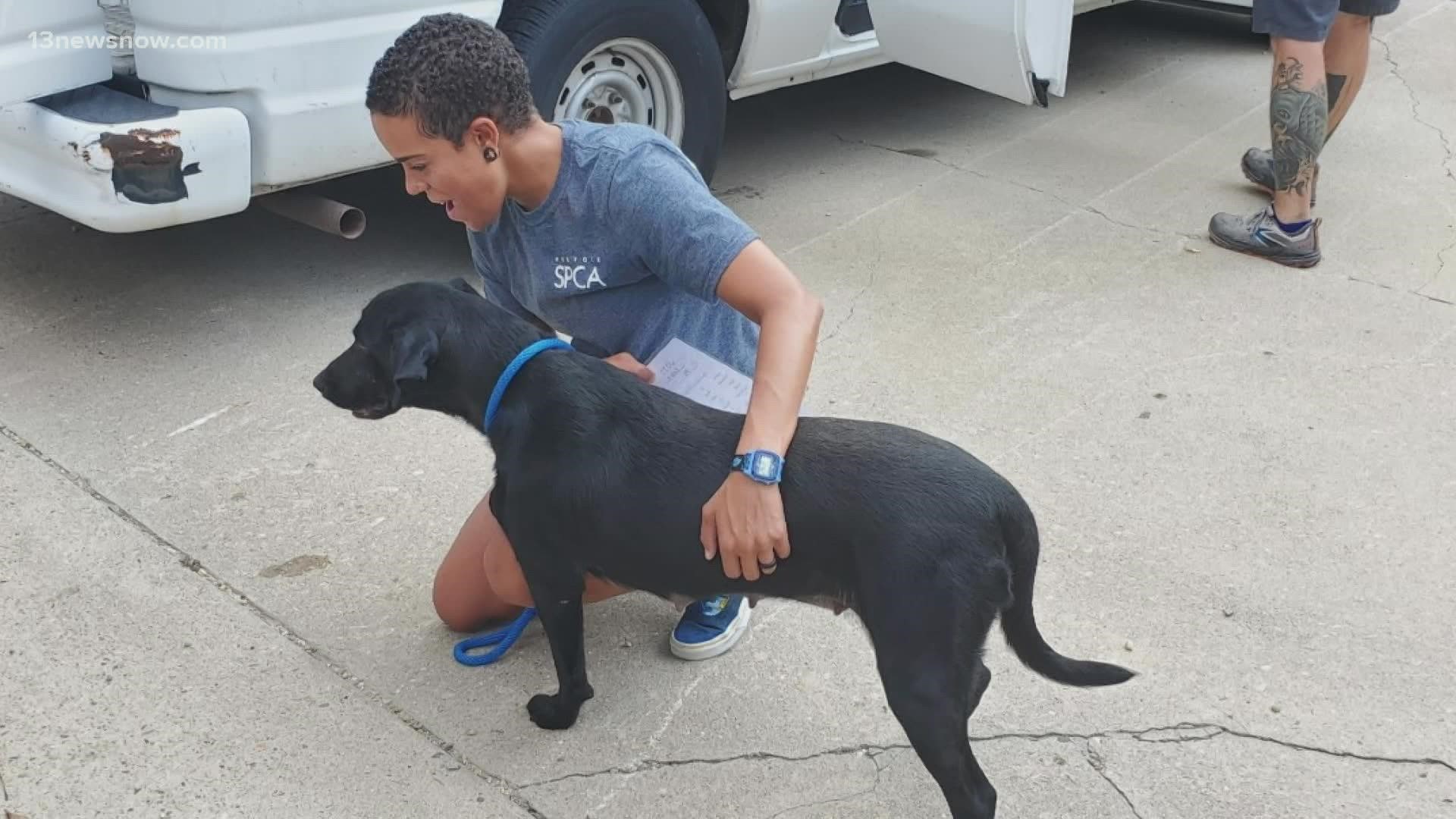 Animals are incoming: Wings of Rescue, a nonprofit that focuses on pet transport, hosted an emergency flight mission today to bring adoptable pets from shelters that were damaged from Hurricane Ida to shelters in three states.

“This will be our fourth flight to areas impacted by Hurricane Ida,” said Ric Browde, CEO of Wings of Rescue. “And there are still animals that need saving. Shelters in the region, many of which have been without power and water for extended periods, were already full or over-capacity when the storm hit. They need to clear room for pets lost or needing temporary housing while their families struggle in the aftermath of one of the most-destructive storms to hit in some time.”

Wings of Rescue responds to both disaster situations and areas of the country where overpopulation of pets in shelters becomes a major issue.

One of the stop's for today's pet transport journey was right here in Hampton Roads -- members from both the Norfolk and Richmond SPCAs will take approximately 40 pets to local shelters after the plane makes a stop at Hampton Roads Executive Airport.

So far, over 450 pets throughout three flights have been brought to safety through Wings of Rescue in Hurricane Ida's aftermath. Wings of Rescue is working with the shelter Brandywine SPCA for these missions, which has a network of shelters and animal-welfare facilities throughout Pennsylvania and Delaware.

1 / 4
Kimberly Sherlaw
Mission complete: One of the dogs is comfortably situated at the shelter until it finds its future home.

"These rescue missions not only help the homeless pets in shelters and the shelters caring for them, they help all the families who need help with their pets after the storm by making space to intake and hold lost or displaced family pets locally,” said Adam Lamb, Brandywine Valley SPCA CEO. “We’re grateful to Wings of Rescue for being able to mobilize so quickly and to the many shelters working so hard to help their communities during these difficult conditions.”

The plane will also stop and unload pets in Pennsylvania for shelters in the Brandywine SPCA network, and then make a final stop for the Animal Refuge League of Greater Portland in Maine.

All of the animals have been medically cleared and will be available for adoption.