Isle of Wight county officials say cruelty and abuse are not at play in the case. 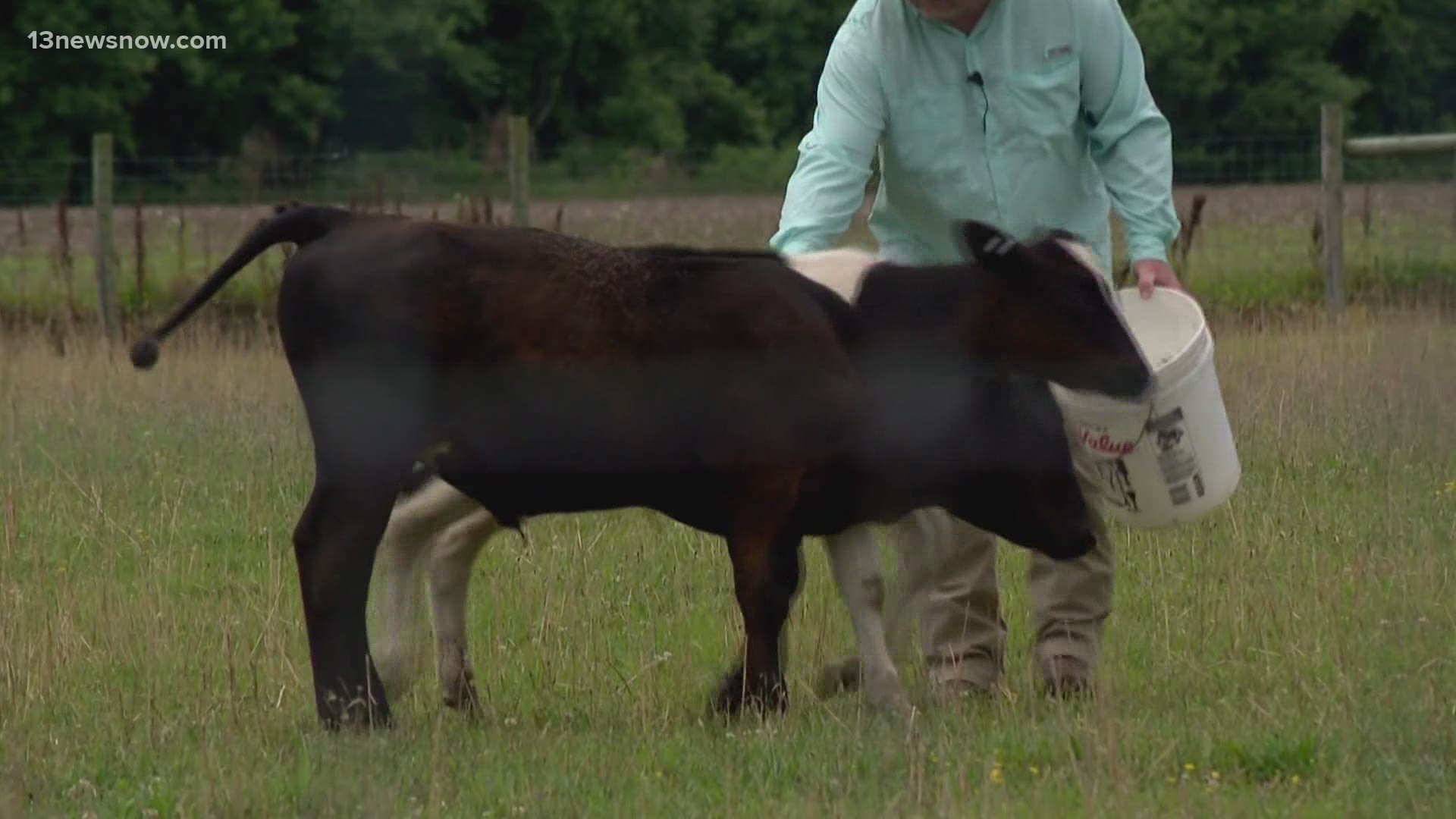 WINDSOR, Va. — Even years of law enforcement couldn’t exactly prepare Captain Tommy Potter for what he encountered at an Isle of Wight home last week.

“We thought we were going to check a handful of animals but found it was more than 200 animals... dogs, livestock," Potter told 13News Now Friday. "To date, roughly 260.”

The county’s animal services seized hundreds of animals from a local home in the closing days of May after the property owner died. They ranged from common household pets like dogs to livestock and farm animals like chickens, rabbits, pigs, and even two young calves.

Animal cruelty and abuse charges are not at play, according to Potter. Rather, the issue comes from the surviving family getting overwhelmed by the sheer number of animals that need to be taken care of.

“From the beagles to the livestock, it appears all of them were in relatively good condition. Normally in this kind of situation, we’ll find that the dogs have fleas or parasites, but it doesn’t appear these animals were in that kind of shape," Potter said, adding that in his time with the department he's never seen this many animals seized from a single household.

TONIGHT on @13NewsNow: Hundreds of animals seized from an Isle of Wight home after the property owner recently died.

Physical abuse and cruelty aren’t the issue, but rather what to do with so many—both common and uncommon.

“It’s a lot harder to find a home for a turkey.” pic.twitter.com/yw4ccjo3iR

Many of the animals seized were voluntarily surrendered by the surviving family, according to Potter. Much of the livestock have since been taken in and adopted by local farms or organizations. The Isle of Wight County Schools' Agricultural Land Lab -- an untraditional classroom settled behind Windsor Elementary School -- took in the two calves and ducklings from the home.

Of the approximately 260 animals seized, more than 100 of those were dogs, and more than half of those currently remain at the Isle of Wight Animal Services Office in Windsor.

According to Potter, roughly 50 of the dogs seized have not been voluntarily surrendered by the family, meaning upcoming court appearances will determine their next ownership.

While some of those dogs seized await news of their ownership, Potter adds that the remaining animals will stay in the shelter as long as needed until homes can be found.