You have to see his birthday fish platter! Nicholas was found on Christmas Eve in 2002, when he was about six months old. 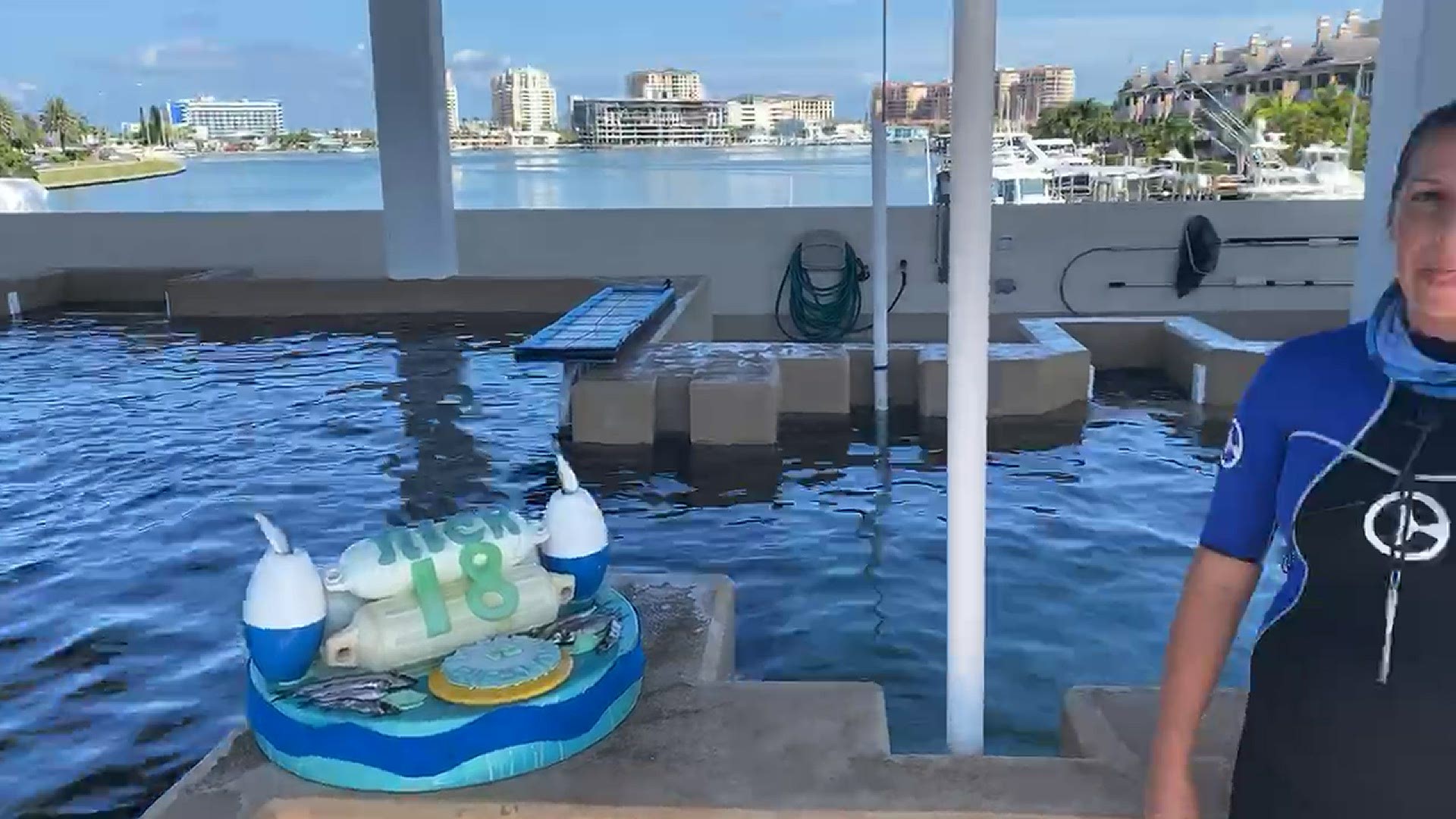 Nicholas, one of three male dolphins at Clearwater Marine Aquarium, celebrated his birthday alongside his new roommate, Hemingway.

The CMA team crafted a dolphin-friendly cake for Nicholas, which included his favorite fish, some jello and ice shapes and his favorite toys like buoys.

Nicholas was found on Christmas Eve in 2002 near Gibsonton. Aquarium staffed estimated he was about six months old at the time.

Earlier this month, Nicholas got a new friend in his enclosure. The 26-year-old Hemingway was rescued in late July 2019 and was treated and cared for at SeaWorld Orlando before arriving at CMA.

RELATED: After a month in rehab, a manatee mom and her calf head home

RELATED: Clearwater Marine Aquarium to reopen on May 15

LIVE: Happy 18th Birthday to Nicholas, our rescued dolphin! Join us as we celebrate with him! 🎂