Hundreds of thousands of acres burned as Washington suffered from wildfires all across the state. Somehow, this one cutie was saved. 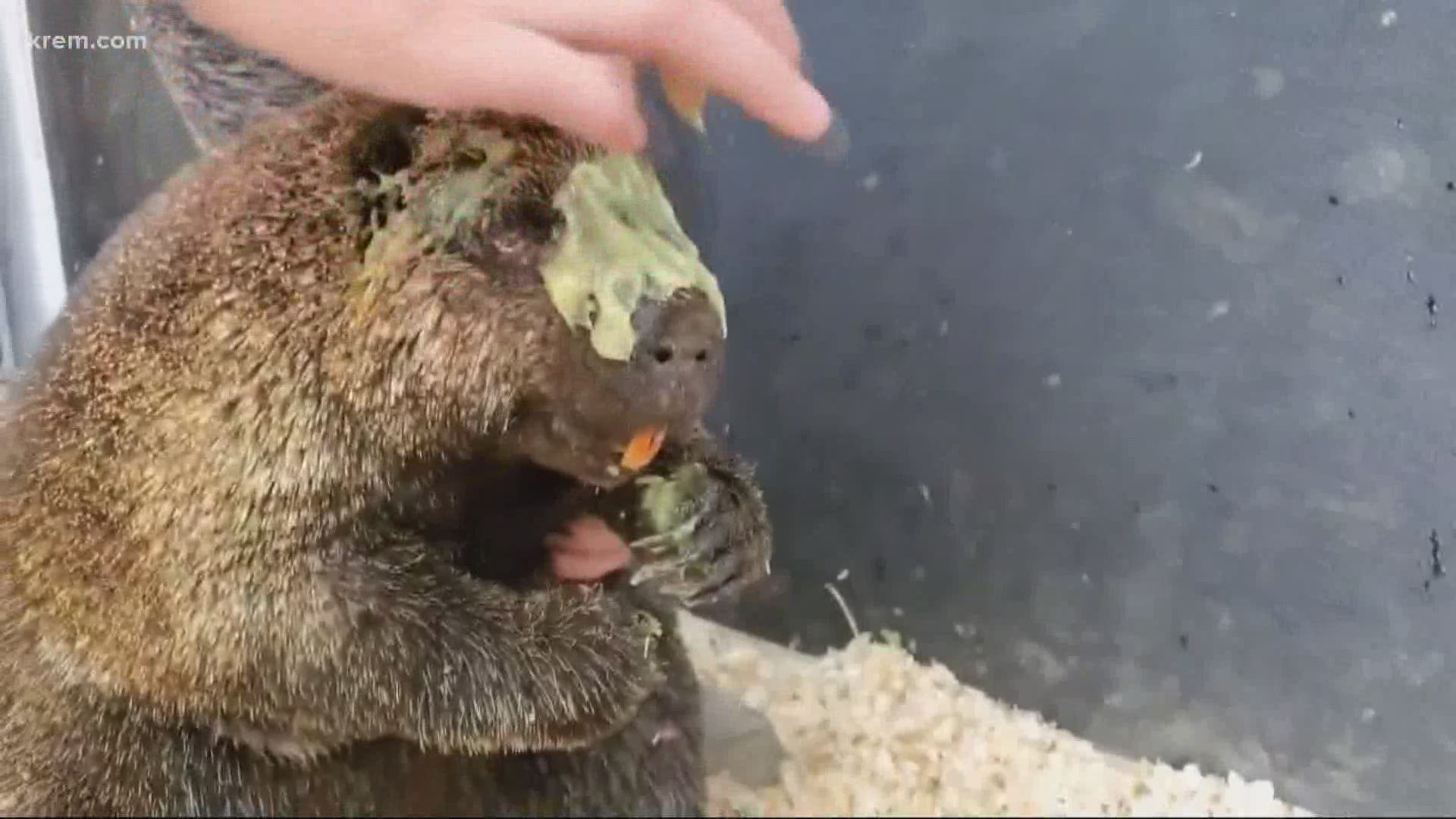 MANSFIELD, Wash. — A 'prickly' situation quickly turned into a miraculous rescue mission after an injured porcupine was found near Mansfield, Washington.

As Riley Wisdom was inspecting the damage to her farmland from the Labor Day wildfires, she saw an animal facing a burnt tree.

"She looked like a beaver," she said. "You couldn't tell what she was, it was awful."

The porcupine, now named Porky, looked more like a beaver because her quills were burned.

"I've seen a lot of really sad things with animals but that was tough," she said. "By far the toughest I have ever seen."

There is no wildlife rehabilitation center in the rural town, so Wisdom got into motion with some veterinary advice.

"All I knew was that we couldn't leave her there," she said.

Porky was not looking too sharp, especially since her quills were gone. She had wounds on her face, hands and her eyes were swollen shut.

The Washington Department of Fish and Wildlife officials said they know how heartbreaking seeing a wild animal in distress is and they encourage everyone who finds one to reach out to them first.

Taking wild animals "into captivity" can be illegal without the correct permits.

"I couldn't leave her and I would have faced the consequences regardless," said Wisdom.

Lucky for her, in this case-- WDFW said it was a special circumstance.

"They told me that since my plan is to release her, they support it," she said.

They even went a step further for Wisdom.

"They actually asked me how willing I would be to go through the training to be a wildlife rehabilitation."

The fires allowed for more leniency, but she still must release the porcupine as soon as possible, said WDFW.

Porky is starting to become herself again, healing almost fully from just a few days ago. Wisdom is just waiting for her quills to grow out more before releasing her. So the pair is sticking together for right now, much to the pleasure of her growing Facebook fans.

"People actually told me that she is the light and the hope that people need right now," she said. "That was pretty, that was pretty cool to hear."

And thanks to Wisdom's care, Porky will be alright. She will return to the wild in about a week.