After more than 40 years, a Norfolk community staple is retiring. 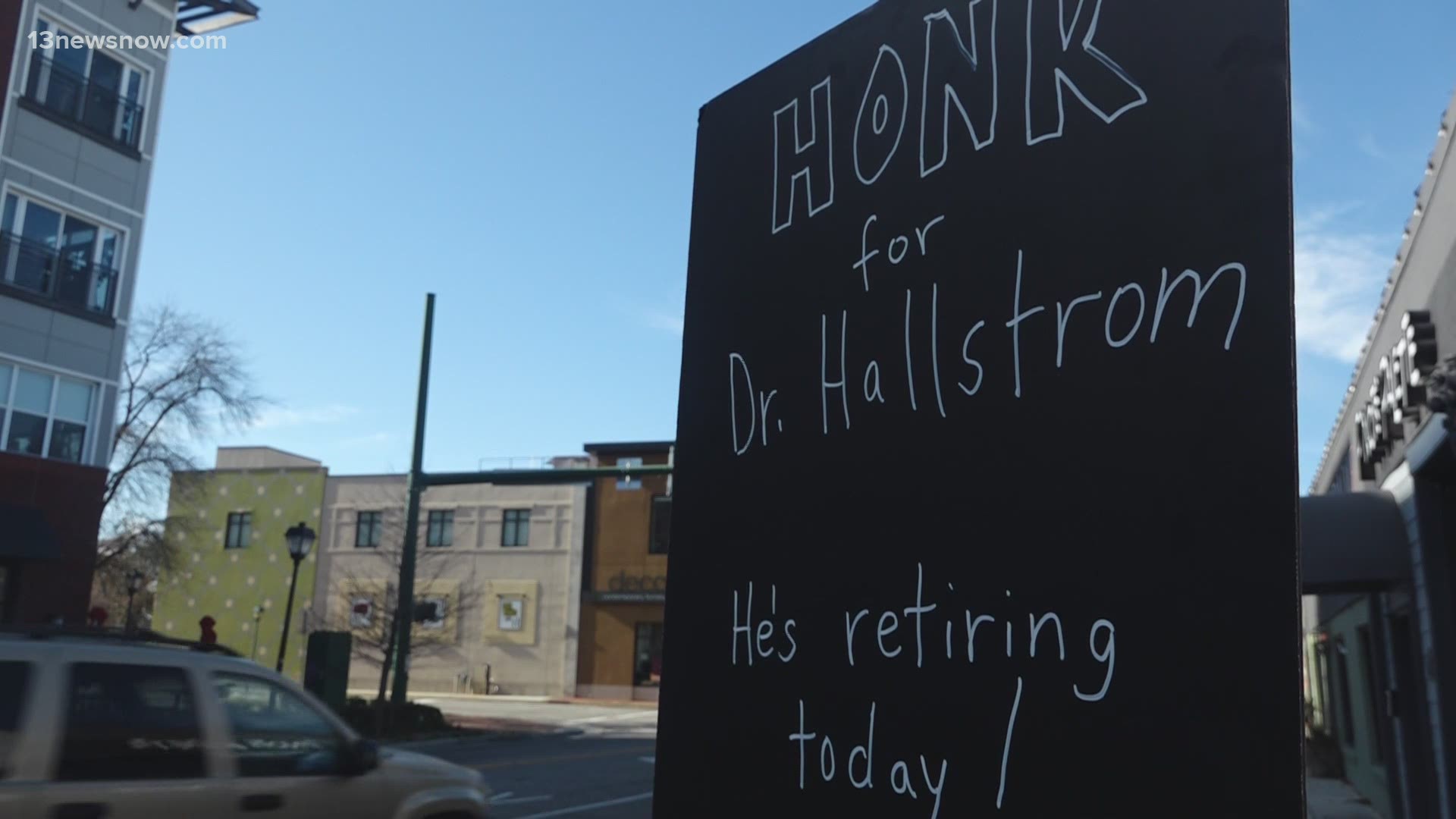 NORFOLK, Va. — For every end to every journey, Dec. 30 marked the end of Dr. Ron Hallstrom's illustrious professional journey.

Since 1979, Dr. Hallstrom has treated four-legged patients at Ghent's Dog & Cat Hospital, taking over the practice himself in 1987, a community staple in Norfolk for more than 70 years. His work is widespread, from treating family pets in the community to responsibilities like taking care of the Norfolk Police Department's K-9 unit and narcotics dogs.

Wednesday marked Dr. Hallstrom's last day, retiring after more than 40 years at the hospital, open since 1937.

When he walked into work, he expected his last day to be a quiet one.

“We’re out here just making sure he starts out his retirement on the right foot," Bryan Wickham said.

“He even made house calls, because I couldn’t pick her up when she got old," Lauri Naismith said.

“It’s just really cool that he’s able to connect with so many communities over our pets. It’s just nice to see that somebody cares so much, in a profession he’s done for so long," Wickham said.

But as grand as his final sendoff was, Dr. Hallstrom finds the journey itself has been the biggest reward.

“Forty years we’ve known these people, seen their children grow up, their families grow up. They’re family for us," Dr. Hallstrom said.

He told 13News Now he plans to spend more time with his wife, children, and pets including some chickens.