Stubbley and Osceola were tested after caretakers noticed them wheezing and coughing. They were taken out of exhibit, but they're expected to make a full recovery. 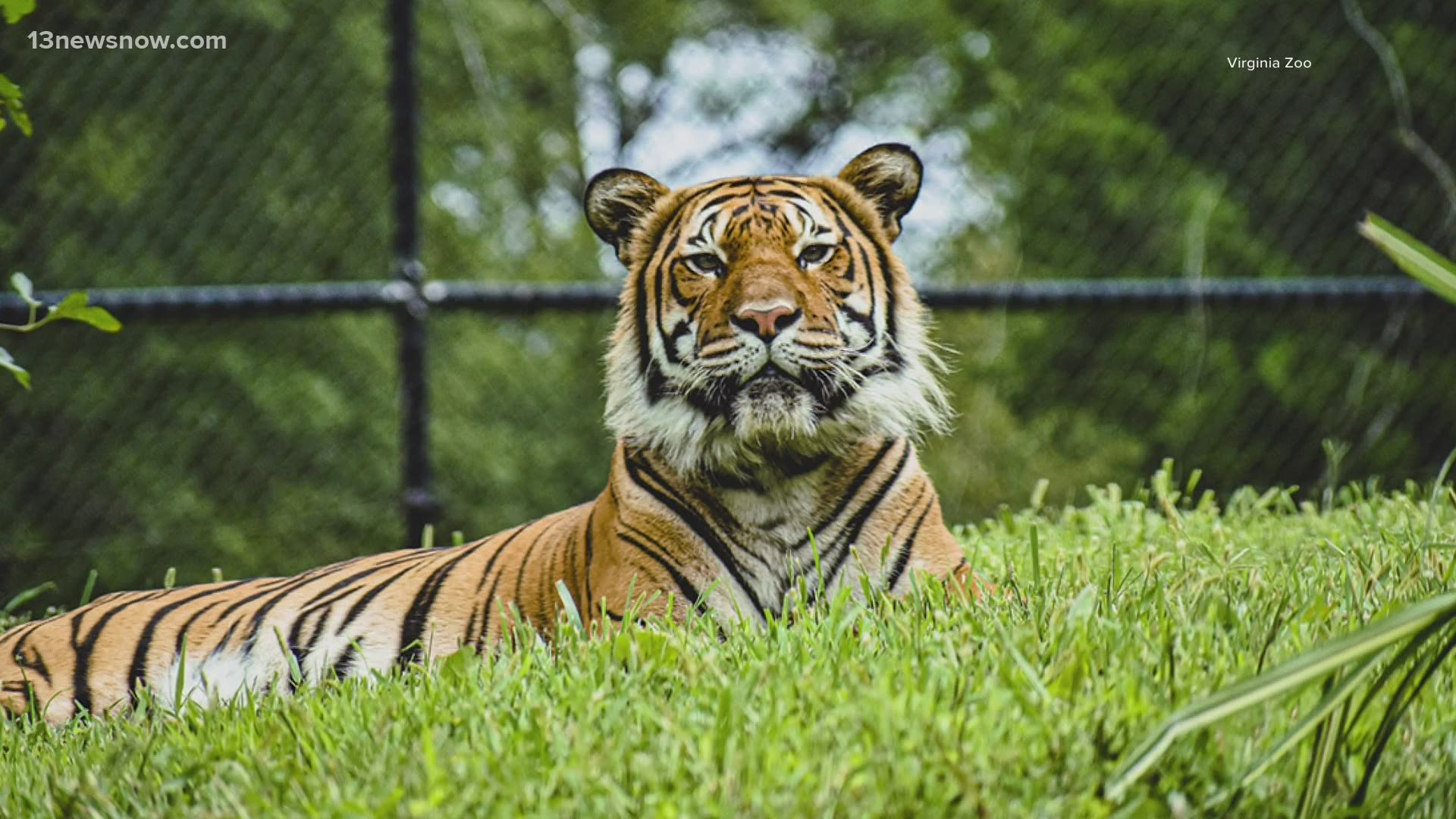 NORFOLK, Va. — The Virginia Zoo's two Malayan tigers, Stubbley and Osceola, tested positive for COVID-19 on Wednesday, according to a zoo spokesperson.

The tests were "preliminary" according to the zoo's release, and caretakers were working to confirm the results with a second test.

Stubbley and Osceola were examined after caretakers noticed them wheezing and coughing.

"Non-invasive testing was performed, which doesn't require the animals to be placed under anesthesia," wrote Ashley Mars with the Virginia Zoo. "Results from voluntary nasal swabs and the collection of fecal samples tested positive for the virus."

Keepers are keeping a close eye on Christopher, a third tiger, who was displaying "mild respiratory symptoms." Caretakers have taken samples from him and they're still analyzing those.

Turning the big 10 is Christopher, the Malayan tiger! Malayan tigers are the smallest species of tiger weighing between 104-285lbs, Christoper checks in at 249lbs. Happy birthday, big guy! 🐅 pic.twitter.com/aK4TKCg55h

The zoo said the three tigers were taken out of exhibits for the time being, even though there's no evidence that people can catch COVID-19 from big cats.

"The closest contact a visitor could have to the animal is more than 40 feet. The close viewing areas of the tigers, such as their pool or cave, are completely enclosed by glass and rock work," Mars wrote. "The Zoo is confident that there would be no opportunity to transmit the virus from the tigers to a visitor."

Caretakers aren't sure yet how the cats caught COVID-19. The zoo's release said everyone in close contact with them had been required to wear PPE, since the Association of Zoos and Aquariums and the American Association of Zoo Veterinarians had identified tigers as a species that could contract the virus.

Mars said none of the zoo's other large cats were showing symptoms of COVID-19. The zoo expects a complete recovery for Stubbley and Osceola.

"As of today, both Stubbley and Osceola are in good spirits and are receiving supportive care from our Veterinary and Animal Care Staff," wrote Mars. "Their symptoms appear to be improving thanks to the quick actions and decisions of animal care staff to initiate testing and wonderful care at the onset of their symptoms."

If you want to track the condition of the tigers, you can do so at this website. The zoo is planning to give regular updates about their care online.