WATCH: Tennessee park visitor confronted a momma bear and her cubs, so she charged

"I thought we were gonna sit there and watch him get mauled." An unidentified man got dangerously close to a family of bears. 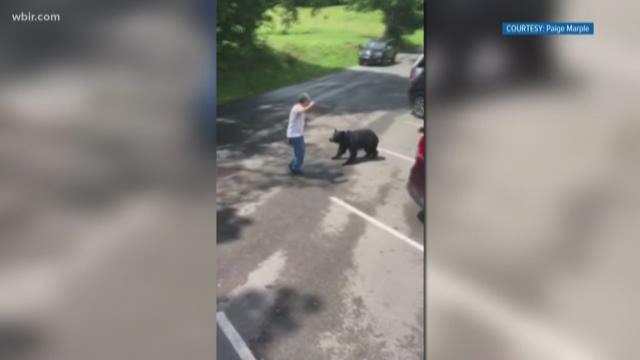 What was supposed to be a peaceful summer afternoon at Cades Cove turned into one of shock and disgust, as a group of horrified onlookers watched a momma bear charge a park visitor who confronted her family multiple times.

Onlooker Paige Marple originally got out her phone to get footage of the bears, but ended up recording every moment of an encounter she expected to turn tragic any moment. 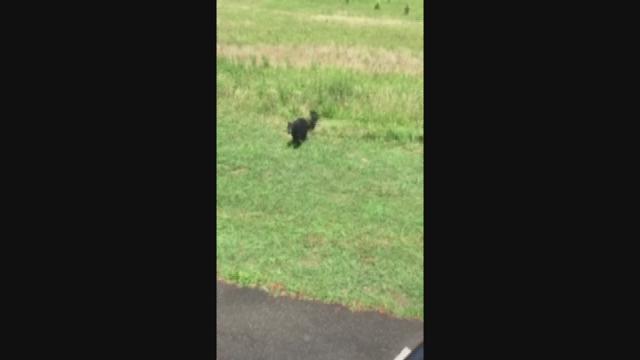 "I honestly thought we were going to sit there and just watch him get mauled," Marple told 10News.

In the video, you can faintly hear the unidentified man making tsk tsk tsk sounds at the bears as he inches closer towards the cubs.

"I don't even know where he came from, but he saw them and started walking in between our truck and the car towards the cubs," Marple said.

The cubs avoided the man at first, and Marple doesn't think the momma bear saw him approach her cubs that first time around because a car was blocking her view.

RELATED: Woman recounts watching bear lunge at man after he approaches her cubs

RELATED: Momma bear won't be punished for lunging at man that got too close, but neither will he

"He's fortunate she was in front instead of behind," Marple said. "Because had she seen him the first time I really think it could have been worse."

But once the bears reached the other side of the car, the video shows the man running to confront her family yet again.

That's when the momma bear lunged at him.

"I guess he pointed his finger to the field....I'm assuming to make her go back, but that third cub was still behind the other two and she lunged," Marple recounted.

Marple and other onlookers were horrified to see the interaction.

"I honestly thought me and everybody else parked in that parking lot were about to be traumatized for the rest of our lives," Marple said. "I really thought she was about to attack him."

The video also shows the man asking Marple, "Did you see that?" immediately after the encounter, while the bears still linger close by.

She also said it was unclear if the man was with other people at Cades Cove or alone.  And because he was situated right next to Marple's truck everyone, even park rangers who came to investigate the situation, assumed the man accompanied her and her brother.

"They actually thought he was with us," Marple said. "[The rangers] watched the video. And the look on their face said more than what their mouth could when they saw her charge at him."

Marple said the incident didn't just scare her, it also made her mad.

"The people who are locals...everybody knows to stay in the car!" Marple said.

While the situation that went down at Cades Cove on Saturday afternoon could have turned deadly for the man, it's also problematic for the momma bear and her family because it's dangerous for bears to get conditioned to the behavior of humans.

It puts the animals in greater danger of being put down.

Even "friendly" interactions with bears can prove perilous for them.  Just last June, a gregarious black bear beloved by the town and calm enough to take selfies with people was shot and killed by officials in Oregon because it was too unafraid of humans.

It's key, say officials, to leave these animals in peace.

TWRA offers these tips for people living or vacationing in bear country: