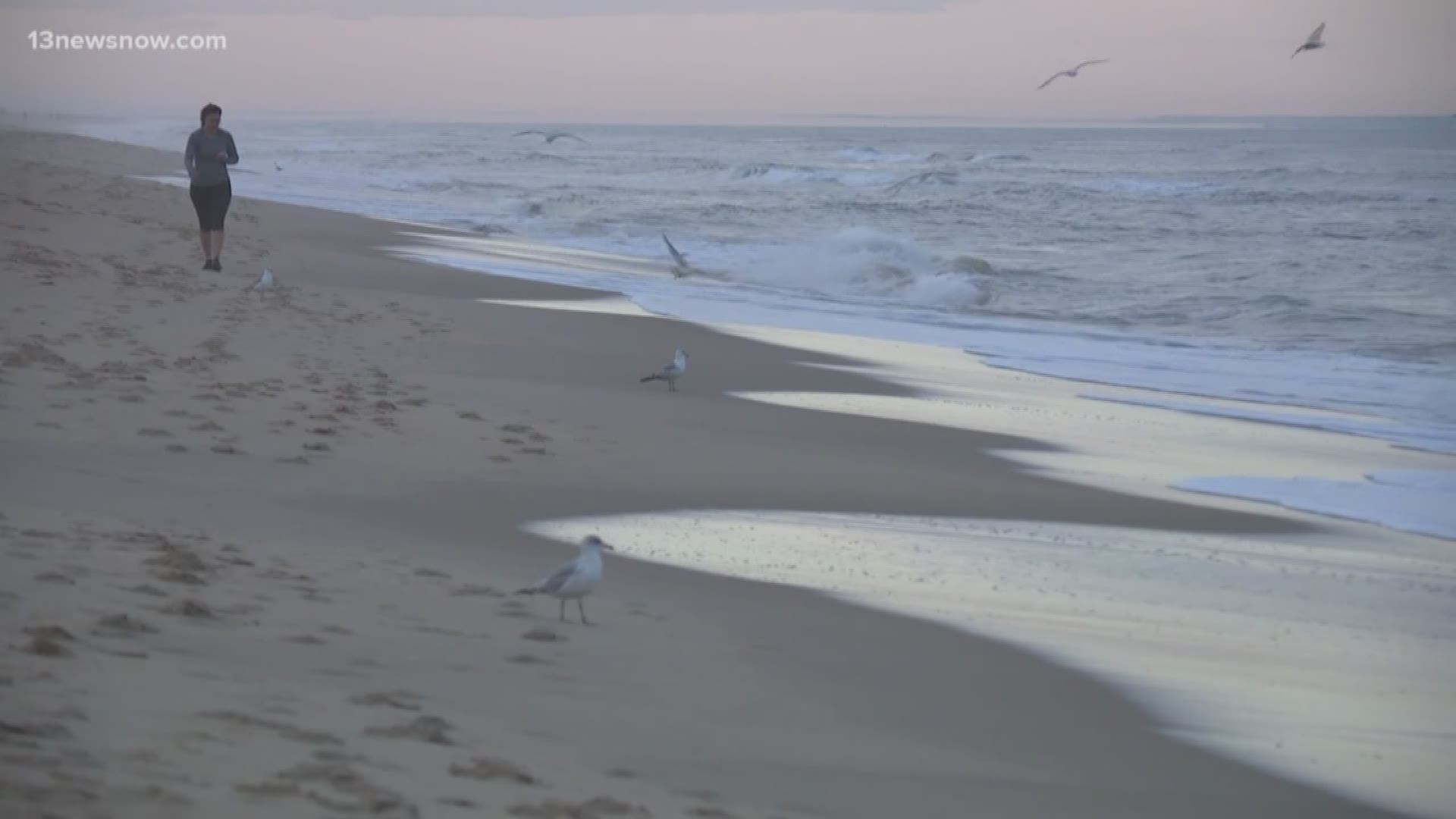 VIRGINIA BEACH, Va. — During Governor Northam’s stay-at-home announcement Monday, he said he spoke with Hampton Roads mayors about crowded beaches over the weekend.

“It wasn’t quite like a normal summer day,” said Harvest owner Michael Mauch. “But you kind of cringe to see that many people congregating all in one place.”

“June 10 is a long way's away and we will just have to figure it out day by day,” Mauch said.

The order cuts deep into the summer season for Oceanfront restaurants. Michael Mauch opened Harvest at the Oceanfront last April. He wonders how restaurants will survive on takeout and delivery for that long.

“We are about 85 percent down from where we should be,” Mauch said. “At the end of the day, that is not going to pay the rent.”

An early dismissal of the order relies on compliance, which local police departments intend to have.

The order still allows exercising or fishing on the beach. But, a release from the City of Virginia Beach specifically states that visitors can’t stay to sunbathe, picnic, gather or participate in group sports.

The city Tweeted Tuesday that swimming would be permitted, as exercise.

“We ask every citizen from our city to help us out and do their part,” said Virginia Beach Police MPO Officer Linda Kuehn.

Officer Kuehn said rule-breakers could face a class one misdemeanor.

Officers will monitor crowds, but she said they don’t have the manpower to be everywhere at once.

“If citizens do see noncompliance, they can report that by calling 311,” Officer Kuehn said. She added people can also call the non-emergency police line at 757-385-5000

City leaders in Norfolk said they will have beach patrols. They said staff from the health department and Norfolk Police on patrol will continue to break up gatherings of 10 or more.

“We are just not sure what is next or what we should do,” Mauch said. “We are kind of in limbo right now.”

Mauch said he is thankful for continued community support and hopes the summer season can start on time at the oceanfront.

“We are all going to get cabin fever, but really we just need to do what is right,” Mauch said.

RELATED: Virginia Stay-At-Home order: Here's why you can and can't leave your house