Busch Gardens’ ‘Pantheon’ is coming along

Construction on the new roller coaster, Pantheon, is coming along nicely. It's on track to open this spring, and the park is giving some lucky fans a sneak peek. 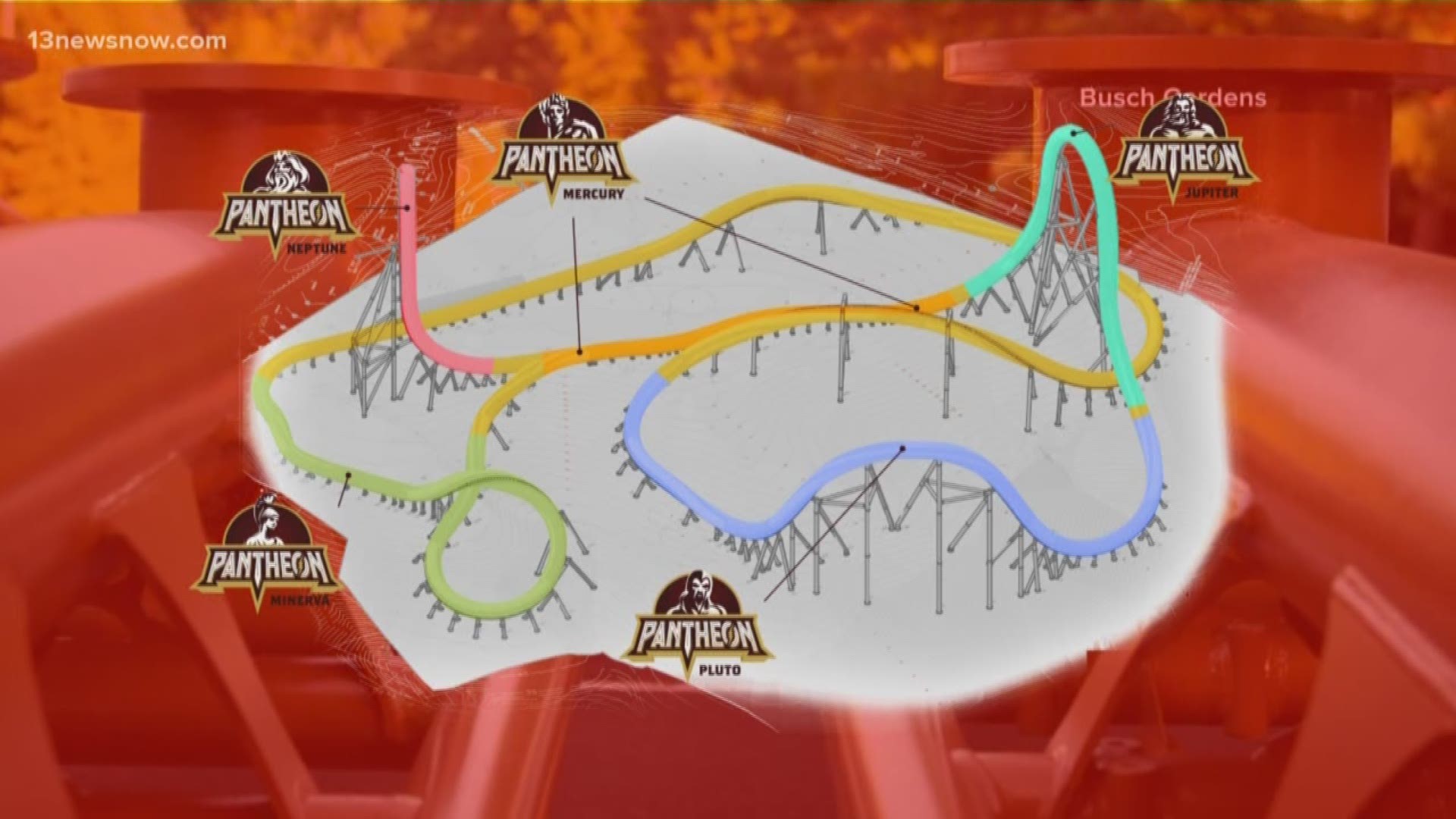 With four launches sending riders forward and backward at speeds up to 73 mph, it’s “the fastest multi-launch coaster in the world,” said Cindy Sarko, a spokeswoman for the theme park.

The ride’s gold track arrived last October and now is visible over the park towering at up to 180 feet.

One park visitor posted photos to a Busch Gardens Williamsburg fan page showing how construction on the coaster has been progressing.

Pantheon is on track to open this spring, Sarko said.

With the construction of the coaster moving briskly, the theme park is also offering 15 lucky winners a chance to take a hard hat tour on Thursday, January 23!

To enter, you must like a Facebook post made by Busch Gardens Williamsburg, and tag a friend you'd want to go with you in the comments. Winners will be selected at random and notified by direct message on the 17th.