City of Suffolk shell shocked that Mr. Peanut is dead in new ad

'Yes, he's a fictional character, but he has been part of our lives and hearts for years.' 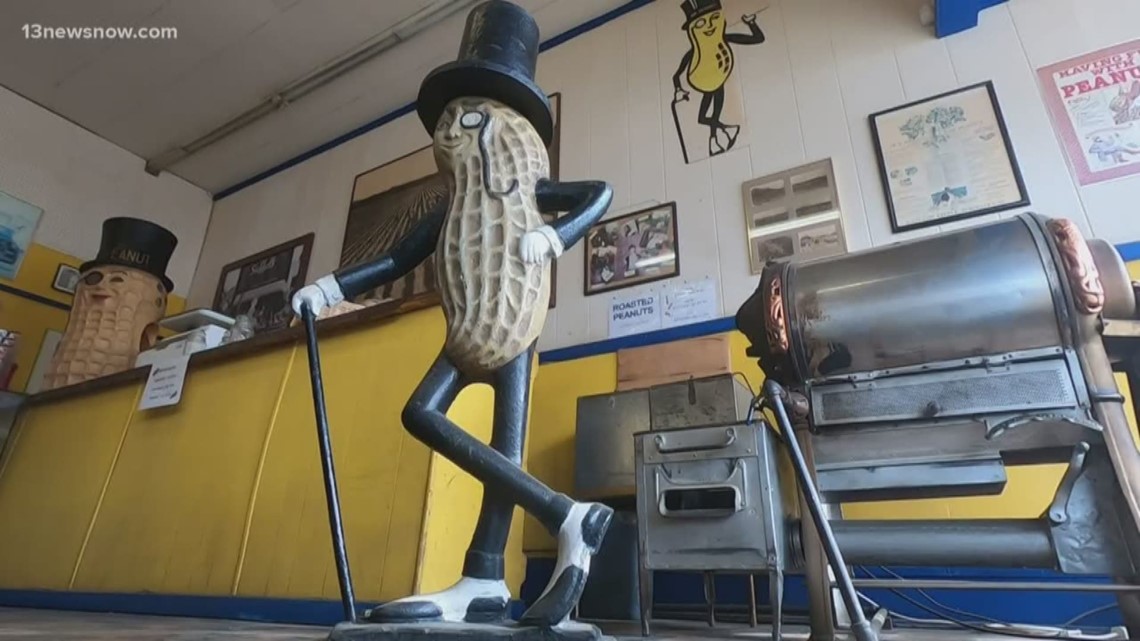 SUFFOLK, Va. — A giant nut-mobile is traveling across Hampton Roads this week on a mission. Planters staffers behind the wheel are trying to mend broken hearts after Mr. Peanut met his doom on Wednesday.

“We are traveling across the U.S. trying to spread joy and celebrate Mr. Peanut's life,” said Planters’ employee "Adri-Almond."

It was heartbreaking news even Planters' staff never saw coming.

“We were shell shocked, had no idea that Planters was going to do this,” said Planters employee "Snacktime Sarah."

The loss is blowing up on social media where companies like Crayola and Oscar Mayer Wiener are paying their respects.

People in Suffolk hope the company is full of nuts.

“I grew up here and Mr. Peanut has always been around,” said Planters Peanut Center Co-owner Faye Beale.

Planters Peanut Center Owner Faye Beale is still coping with the fact that the lovable nut, seen in every corner of her store, could be gone forever.

"There's a lot of people that grew up with Mr. Peanut, that have fond memories with Mr. Peanut,” Beale said. “Yes, he's a fictional character, but he has been part of our lives and hearts for years."

Beale questioned what this untimely death might mean for Suffolk long term.

"If he is really gone and we don't see him ever anymore, 10 years from now nobody will know that he ever existed in the city, that he was ever born here, that he ever had any history here,” Beale said.

Suffolk is nuts about the guy. It's home to Planters' first mass processing plant and the peanut pops up all over town.

City leaders are hoping for some Super Bowl magic that will revive the dead mascot.

“Knowing Mr. Peanut as well as we do, I feel safe in saying he's a tough nut to crack and he's definitely not the type to leave his friends out on a limb,” said Economic Development Director Kevin Huges.

Is it an advertising ploy or the end of an icon? Whatever Planters has up their sleeve, Beale said Mr. Peanut will live on in their shop.

"I hope people will still come in and buy peanuts, even though they might be mad that Mr. Peanut is gone,” Beale said. “We will have to stay tuned to the Super Bowl to find out what happens to him."