The female resident has been in Florence Hand Home, while her husband continued to live at home. Before the pandemic, he visited her faithfully. 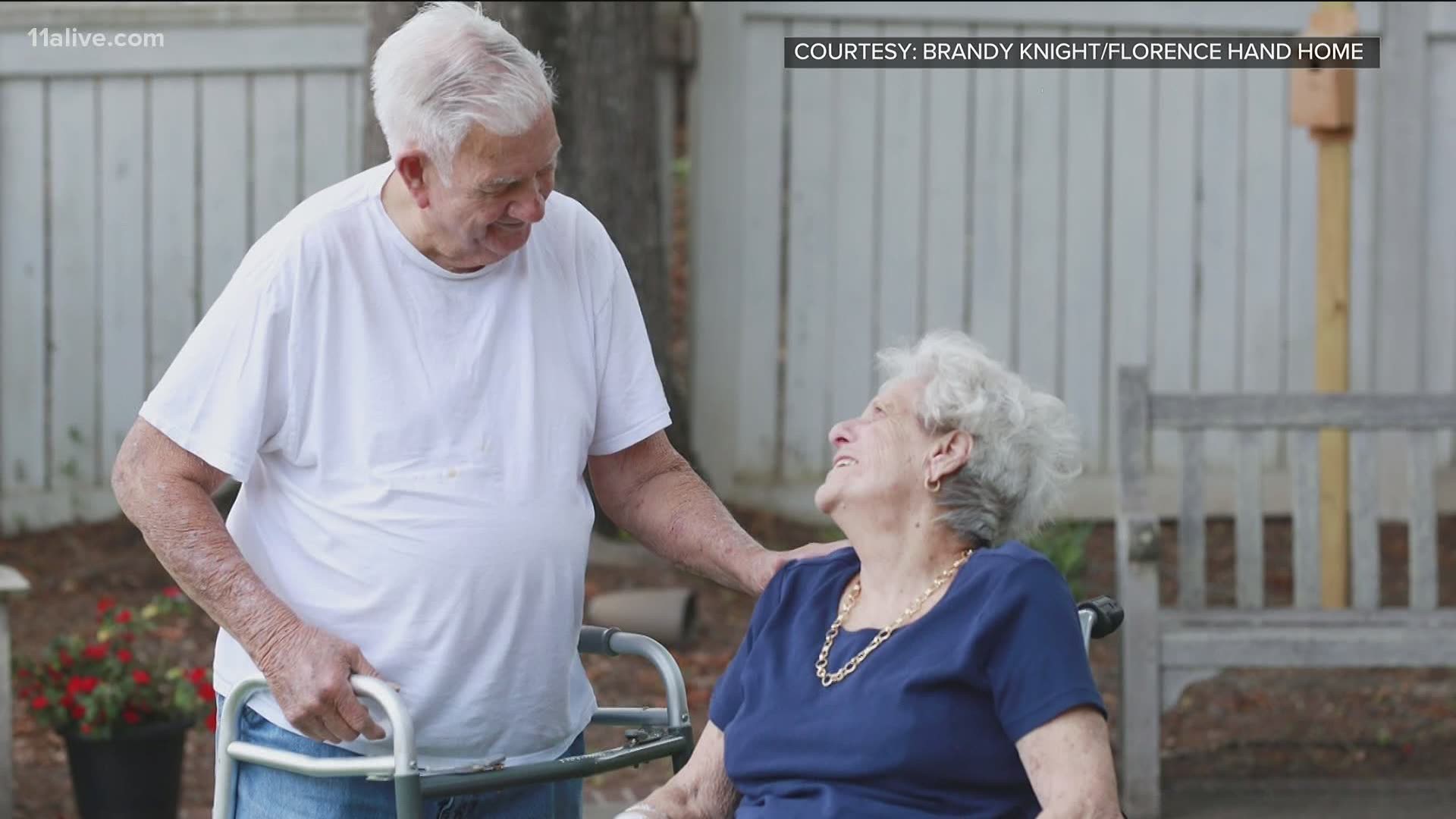 LAGRANGE, Ga. — We are sending the love to the community at Florence Hand Home, a retirement and assisted living facility in LaGrange.

They shared an adorable love story about one of their residents on social media. A couple reunited after spending three months apart from quarantine.

The joyful reunion was captured by Brandy Knight, a staffer at the facility.

The couple has been together since 1954 and have been inseparable since. The facility did not reveal their names for privacy, but the pictures speak to their love story.

The female resident has been in Florence Hand Home, while her husband continued to live at home. Before the pandemic, he visited her faithfully.

“Every morning you could see him walking down the hall and heading toward her room. You could hear him helping her put her makeup and jewelry on. Fussing around. Helping her comb her hair,” Knight wrote on the company’s Facebook page.

“We had always said that if one went into the nursing home, we would both go. But I decided that I could help her more by staying at home and being there during the day,” the husband told Knight.

But their daily routine changed abruptly following the spread of coronavirus.

Knight says for three months, the husband called his wife often asking, “Did you eat your supper? How are you feeling?”

Knight wrote that the husband missed his wife dearly, but ended up having his own health problem which landed him in the hospital, “which in turn allowed him to be admitted to the facility with her,” she wrote

“The Good Lord just worked it out for me,” he said.

The couple’s reunion has spread joy from residents and the surrounding community.

Check out the photos below in a gallery.

Couple married for 64 years reunites after 3 months in quarantine

1 / 14
BRANDY KNIGHT/ FLORENCE HAND HOME)
These are photos of a couple reuniting after spending three months apart from quarantine! The joyful reunion was captured by a staffer at Florence Hand Home.

Opera house in Barcelona opens to live concert before over 2,000 plants

For his 9th birthday, Rhys Stieglitz wanted to bring love into community