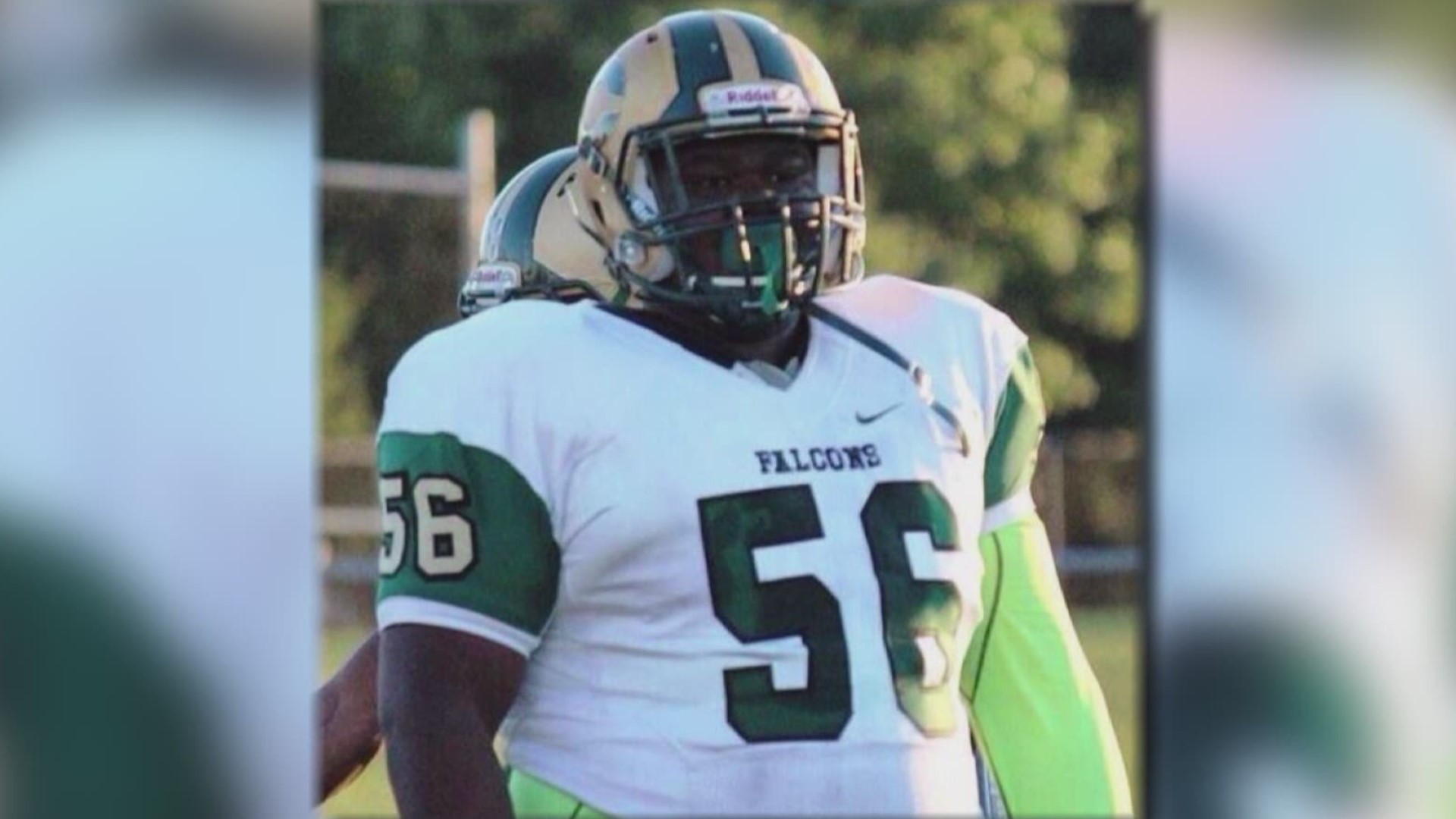 VIRGINIA BEACH, Va. — In football, the "trenches" are the spaces between the offensive and defensive line. It's dark, it's dirty, it's a struggle and it's Donnell Story's favorite part.

"I would say being in the trenches, in the game in the trenches with the lineman and just hitting people. That's what I love to do," said Donnell, embracing the part of the game with the least space to breathe.

"Every struggle isn't a bad struggle, everybody struggles, you just gotta get through it."

But here, Donnell isn't talking about football. No, football was taken from him. That toughness, that strength to fight through the darkness, to own the struggle, were not. That's not to say it didn't take time for Donnell to adapt to the new life that came with kidney failure.

"When I had those dark moments, I was down, I wasn't doing the things I was supposed to be doing. Now, I'm doing everything I have to do to get on that (donor) list," said Donnell, draped in a bright yellow sweatshirt that reads "FNTO": Fear None, Trust Oneself.

"'Fear None' means at my darkest moments, the worst of the worst, you can't have fear, you gotta stay positive and you gotta fight," Donnell explained.

It's the first half of his clothing brand, the hobby he turned to while attending kidney dialysis three times a week as he works to get on the organ donor list.

The second half of that brand: "Trust oneself," he said. "You know, some people will support you and some won't. The best thing to do is trust yourself in each process you go through."

It's a mantra he had to lean on when he found himself back in the hospital earlier this year for 22 days with coronavirus.

"One of the worst experiences of my life. It's hard because you don't know if you're gonna make it out of there alive or not," he described.

The pandemic has also kept Donnell from his remaining connection to those trenches, now as an assistant coach at Cox High School. The doctor-ordered quarantine hasn't dampened his message.

"Put positive energy in your mind, you'll get positive outcomes, life is hard, I just hope people are motivated to get better."