Don't leave children inside hot cars! It happens again and again, but here are some things to prevent it.

According to the US Department of Transportation website, there were 52 hot car deaths in America in 2019. 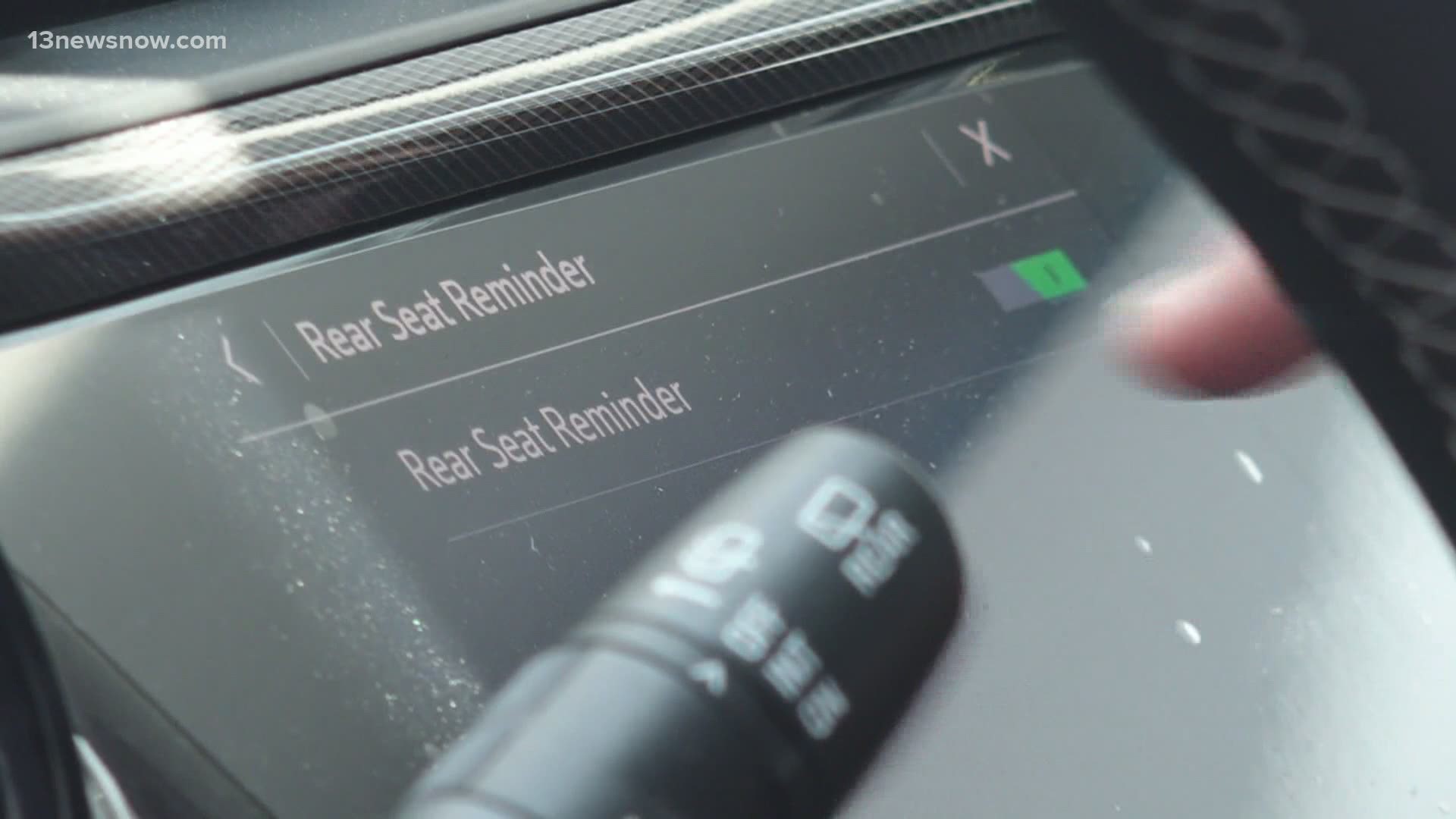 VIRGINIA BEACH, Va. — As more people are breaking their routines because of the coronavirus pandemic, it's easy to drive around and get distracted, but the consequences are deadly when you forget a child in a hot car.

According to the U.S. Department of Transportation website, there were 52 hot car deaths in America last year.

Just this past Tuesday afternoon, Chesapeake Police officers are investigating the death of an 8 month-old girl who was left inside a car for hours in a Deep Creek neighborhood. Officers have not shared specific details about this case yet.

RELATED: Baby dies after being left in car in Chesapeake for hours

However, our meteorologists say the temperature was 93 degrees at the Chesapeake Regional Airport, at that time.

Pediatricians at the Children's Hospital of the King's Daughter said all of the deaths of children left in a hot car are preventable.

"I think the number one thing that's most horrifying to a parent is to have this happen to them,” said Doctor John Harrington.

Harrington’s advice for parents is, "they're going to have to put something else in the front seat to remember the child is there.”

That visual cue can be a stuffed animal or purse, and he said to make sure the child sits diagonal to the driver's seat. That way they're in the rear-view mirror.

Doctors said a child can experience heat exhaustion within 10 minutes inside a locked hot car.

On top of those tips, there's new technology that can help you remember your child in the car. It's called the Rear Seat Reminder and you can find it inside of some General Motors cars, like this one.

On social media, there's another reminder. For the last week, the Governor's Executive Leadership Team on Highway Safety has shared social media posts reminding people to look for kids in their cars, before they lock the doors.

That happened last Thursday through Sunday, said Herman, but the team says they will continue to post messages with this summertime heat.