The reunion was made possible thanks to fate and an ancestry website. 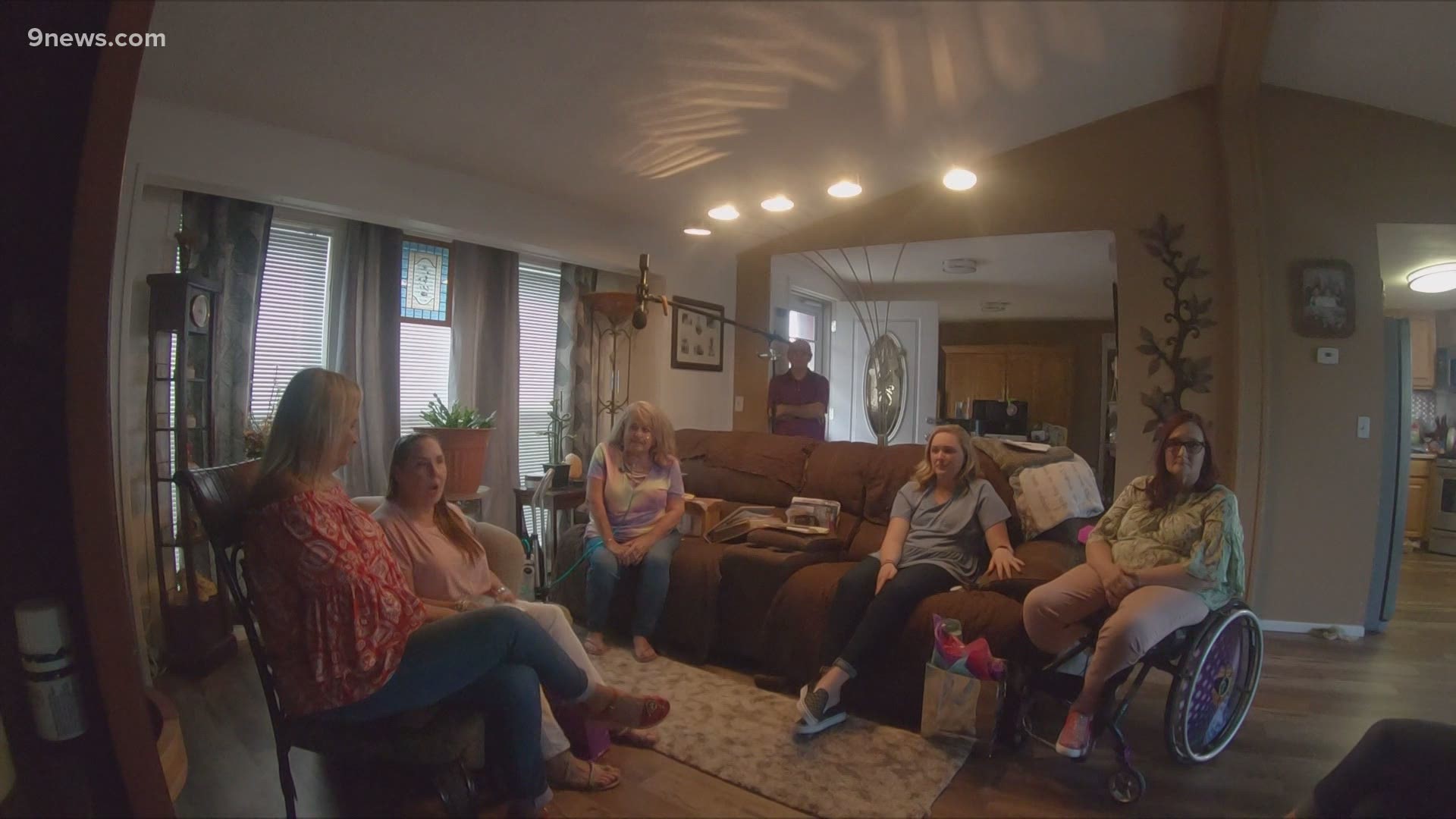 LOCHBUIE, Colo. — A woman in Lochbuie who has been looking for her sisters for decades finally met them thanks to DNA technology and years of persistence.

“I want a new sisterhood,” Mara Hall, 65, told 9NEWS. “I’ve never had sisters or brothers, so this is really exciting for me. Who would know 65 years later that I would find them? Or that they would find me?”

Hall realized she may have two siblings when she was able to get access to her birth certificate in the early 1990s.

She put her information on ancestry websites years later, hoping for the best.

She said it was quite the surprise when she got a phone call in March of this year.

“A woman said, ‘don’t hang up, but I think I’m your sister,’” Hall recalled. “Then she told me, ‘you have four sisters: Two older and two younger!’ I was like wow! I got a bonus! I got two more!”

All of the siblings, and the niece who submitted her DNA to make the reunion happen, met in Colorado for the first time a month later.

Everyone except for Mara lives in Texas.

“We gave up so long ago, and just completely forgot about it and thought that she’s probably not even looking for us,” the youngest sister, Carla Watson, said. “I think that [our mom] would be relieved that all her girls are together, and that we know her life was hard, and that it’s okay and we forgive her.”

The sisters knew they had another sibling who had been adopted after hearing stories from other family members.

The information they were given about Hall was not complete, which made it nearly impossible to find her without ancestry websites.

Another sister, Grunedda, who died last year, decided to give the ancestry websites a try. She passed away before she could go through the process, so the kit was given to one of her nieces, who joined the sisters for the reunion.

All of the sisters are hoping to spend the rest of their lives making up for lost time.

“They’re part of my new life. It’s a new journey,” Hall said. “I’m just so ready for family that I can call my own.”

> Top stories from 9NEWS curated daily just for you! Sign up for the 9NEWSLETTER right now to get can’t-miss stories, Next and Broncos content, weather and more delivered right to your inbox.