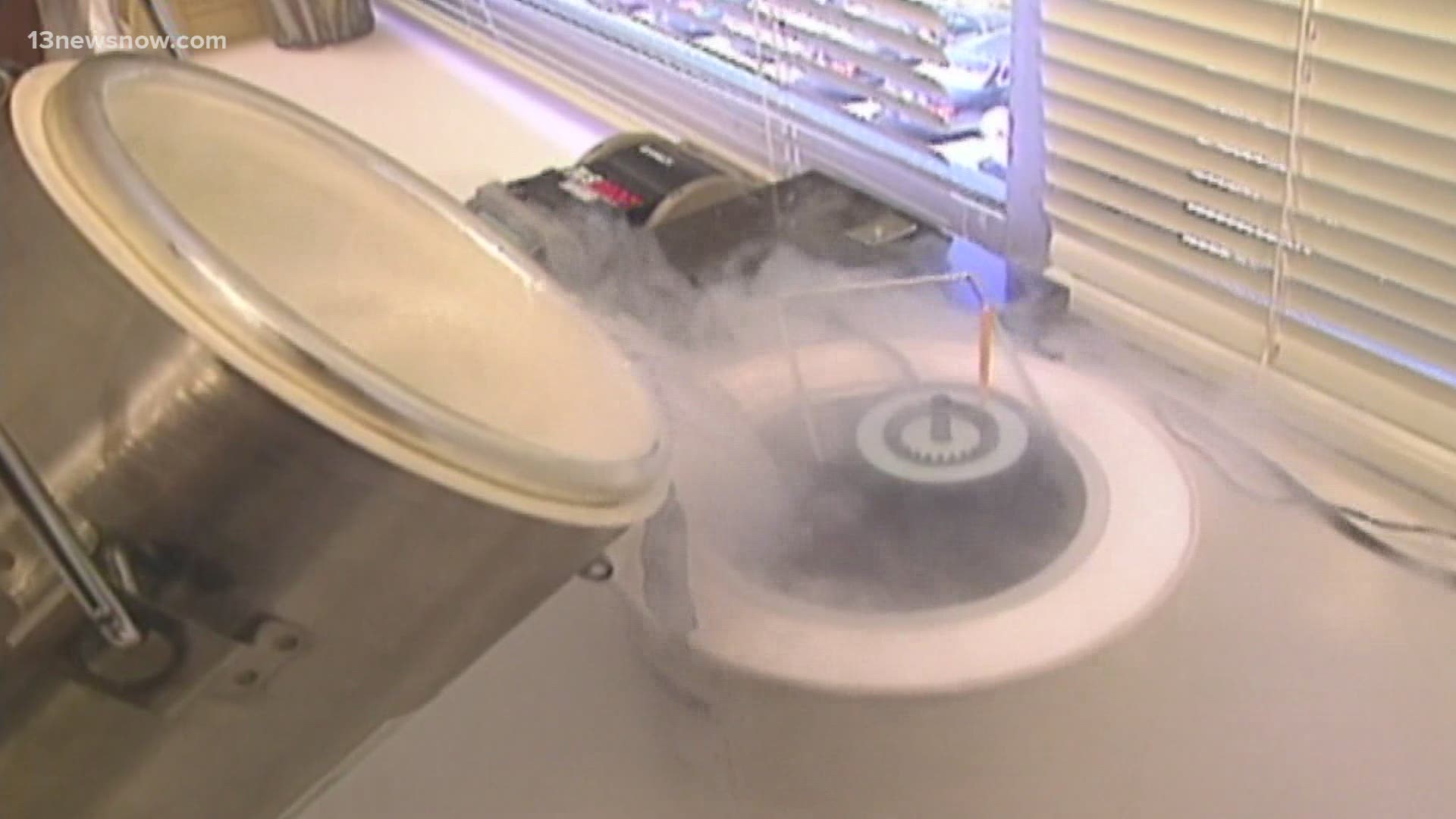 NORFOLK, Va. — A recent study showed more women decided to freeze their eggs during the pandemic for fertility treatment in months or years ahead.

Sheila, a Richmond physician, is one of those women.

"What I did know was at the time I was not ready for a child, I was pretty much focused on my professional development," she said.

Sheila said she started thinking about freezing her eggs when she turned 30 and time kept ticking.

"My friends reminded me: 'Hey, didn't you say you were going to do this?'" Sheila said. "And I was like, 'Yeah, yeah,' and then Covid hit and then I was stuck only working and I couldn't see my family, and suddenly I was 38!"

Now, she's about to undergo her third round. And she's not alone; fertility clinics have been buzzing during the pandemic shutdown. Dr. Anish Shah is working with Sheila at Shady Grove Fertility in Richmond. He said there's been a common theme with his patients.

"They say right now, 'I can't do anything about that because I can't socialize so maybe I can freeze my eggs and have a family building in the near future,'" Dr. Shah explained.

"What we saw was a tripling in the number of egg vitrification cycles from 2019-2020," she explained. "They weren't spending money on vacations, going out to dinner because they couldn't it ended up they were saving that money and now they were able to do their treatment cycles that many didn't have the insurance coverage for."

So what exactly does egg freezing entail? Dr. Shah says the ideal candidate is aged 38 or under. The process can cost around $10,000 a cycle.

Sheila considers it an investment that is best planned for.

"For me, it was no coverage whatsoever, so every ultrasound, every blood test, every med... I had to pay out of pocket, " Sheila said.

The egg freezing process involves hormone injections and depends on timing, which became easier for some patients who found themselves suddenly working from home and not traveling.

"We give you some hormones to grow those eggs and we'll go get those eggs over the course of two weeks," Dr. Shah explained. "We'll prepare your body and retrieve those eggs in an in-office procedure."

"The procedure is really easy, it's super-fast," Sheila recalled. "You get there in the morning [and] after two hours you're home, post-procedure barely any pain. I took some Tylenol and I was back to work the next day."

The eggs are frozen and stored until the patient is ready to have embryos created with sperm.

Dr. Robin Poe-Zeigler says the survival rate is getting better.

"They can stay there indefinitely. So there's no expiration as to the number of years that the eggs aren't going to be good," Poe-Zeigler explained. "And with this new freezing technology, the survival with the unfertilized egg really equals in my lab what that unfreezing survival rate of a frozen embryo is."

51 is the oldest age Shady Grove Fertility will transfer, but Dr. Shah says most patients circle back in their 40's.

Sheila suggests once you prepare financially, get ready to lean on your tribe.

"Surround yourself with a group of people that you can tell what you're going to do and can support you," Sheila said.

According to Shady Grove Fertility, a single egg-freezing cycle is roughly $7,500, plus the cost of medication. In general, a single cycle can average anywhere from $6,000 to $20,000. That doesn't include yearly storage costs which can be around $500.

More companies are paying for egg-freezing now, especially tech companies. There are fertility financial programs and medication discount programs so make sure you do your research.

Shady Grove Fertility's new Jones Institute location is scheduled to open on July 6 in Norfolk, so Hampton Roads area residents will have another option closer to home.