“They said it was a little weird, but I said yeah, we can be weird to show up for the people that we love.” 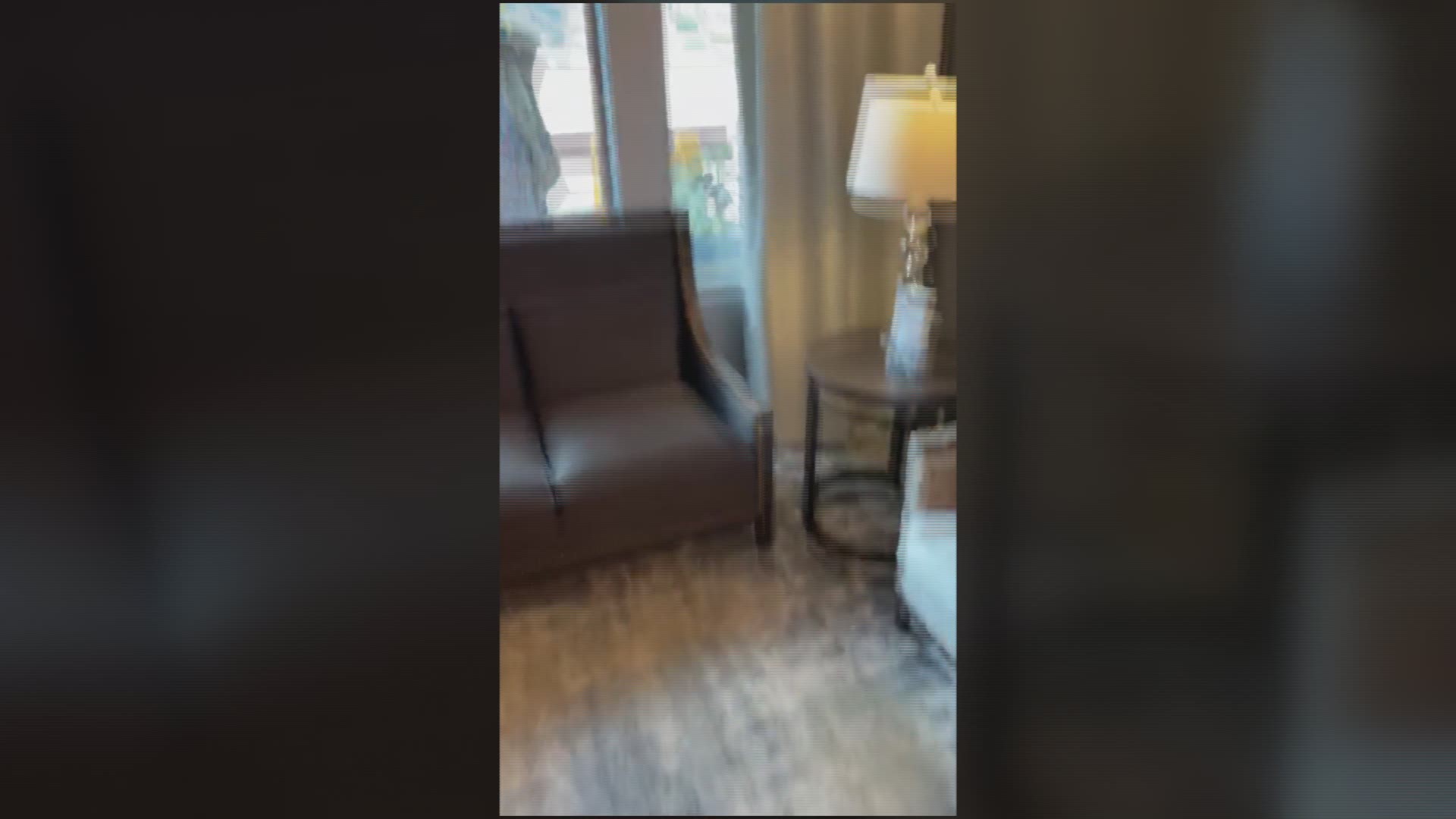 He interrupts the song only to tell one Certified Nursing Assistant (CNA) “You have good pitch!”

Krouse lives in the assisted living and memory care community Orchard at Brookhaven. Senior living facilities have been restricted to visitors for about three weeks now, so one family decided to have a birthday celebration for their grandpa through the window.

On March 19, his family celebrated his 69th birthday through the window. Coronavirus guidelines wouldn’t let them get any closer.

Outside, his daughter Josie Nackers, her husband and their two kids, Bennett and Amelie, held signs and danced. He gave them a quick thumbs up, overwhelmed with emotion.

“In the morning, I said I think we’re going to make a poster, and we’re going to go dance outside the window for Papa because that way we can show him that we love him,” Nackers said.

She says she came up with the idea on a whim. She couldn’t let the day pass unnoticed.

“My mother passed away in November, so he entered into assisted-living back in December, so this was his first birthday since he’s been at his new place,” she said. “I was just thinking we have to do something.”

So, she told her kids to tap into their creative side. They made personal cards and drew pictures at the bottom of the poster board. Then she told them to dance like their Papa was watching.

“They got into it. I think they’re used to having a crazy mom by now, so when I said ‘I’m going to be the poster holder and Dad’s going to be the dog holder and you two are going to dance like fools,’ they were like ‘OK! Sounds good. Show us where to stand,’” Nackers said.

She asked her kids how they felt about it afterward.

“They said it was a little weird, but I said yeah, we can be weird to show up for the people that we love,” she said.

Even the dogs showed up to give their love. They pawed at Krouse through the glass.

“I think he was crying and then he was laughing. Then I heard him ask if he could come hug me and they said ‘No, no! You’re not allowed to go outside,’” she said laughing.

It wasn’t the birthday celebration they planned, but it was the moment they all needed.

“I think for him it was a bright spot in his day and something that he’s still talking about,” Nackers said.

Whenever the visitation restrictions are lifted, Nackers says the first thing she plans to do is give him a big hug. Then, she plans to take him out for some live music and a good meal.