Finding control on the links, in life

Matt Underwood's game has improved mightily since he took up golf, but that's nothing compared to strides he's made elsewhere. 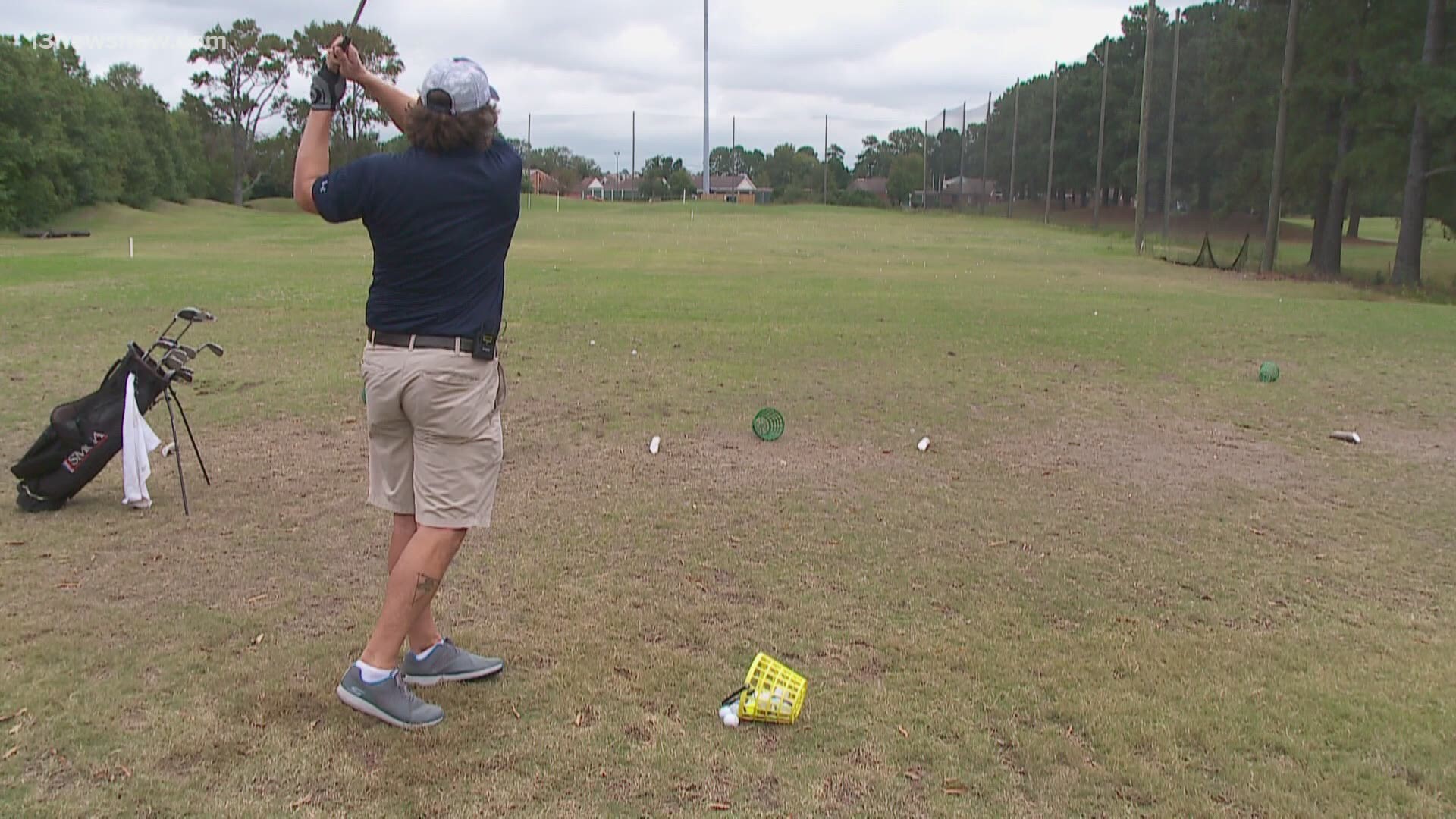 VIRGINIA BEACH, Va. — "I worked very hard for my family," said Matt Underwood. "I would not be here without my wife."

Underwood, who followed in the footsteps of his grandfather by joining the military, talks about the love between he and his wife, the love for his children, and the importance of family after he witnessed a traumatic event in Afghanistan where he saw two other children step on a land mine.

"I dreamt of them for years after, only I saw my kids' faces," Underwood recalled.

Rather than take the time to process and heal from what he witnessed, Underwood continued his service. He eventually had a meltdown and was medivacked to safety.

"I still wasn't being honest with myself about what I was dealing with," he said.

Another meltdown followed. Then, Underwood was diagnosed with PTSD. Doctors also determined he was bipolar.

Underwood left the military because of his condition. He continued to grapple with his demons.

His wife was thereafter a particularly intense episode of depression in which he left his home in Washington, D.C. and ended up in Fredericksburg. Her love was there. It and a motivation to be a father to his kids kept him going.

One other thing did, too: golf.

"I didn't have control, so what golf has done has allowed me to work back from the physical to the mental and cognitive and then emotional," explained Underwood.

Now, he hopes to help others in similar situations heal as a PGA Hope ambassador. The program provides clinics designed for Wounded Warriors. Professionals with the PGA Tour specifically designed it to help those with PTSD or injuries sustained in combat.

PGA Hope Middle Atlantic always is looking for people to support its efforts.