The lawsuit claims the Trump Administration’s new rule on SNAP undermines Congress’ intent for the program, and it violates the federal rulemaking process. 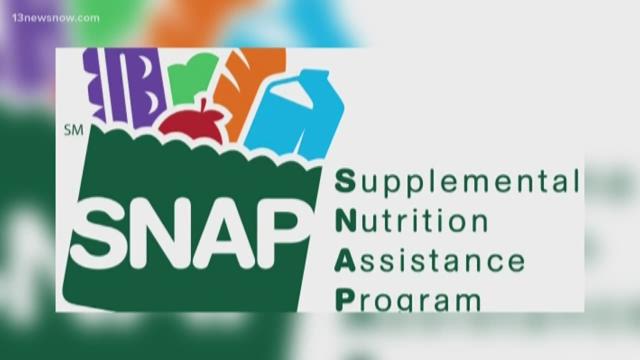 The lawsuit challenges a United States Department of Agriculture (USDA) rule that would limit the states’ ability to extend SNAP benefits beyond a three-month period. The attorneys general claim that the rule directly undermines Congress’ intent for SNAP and that the USDA violated the federal rulemaking process. On top of that, they argue that the rule would impose significant regulatory burdens on the states and harm states’ residents and economies.

“This move from the Trump Administration is unlawful, counterproductive, and cruel,” said Attorney General Herring in a press release. "Food access is critical to the health of families and ultimately whole communities, but the Trump Administration is trying to make access to food even harder for thousands of families in Virginia and around the country. I will stand with my colleagues in protecting these SNAP benefits and making sure that this unlawful rule is not implemented.”

RELATED: What you can do if your SNAP benefits will be cut

In the lawsuit, the states collectively argue that the administration’s rule:

SNAP has been the country’s primary response to hunger since 1977. It's a critical part of federal and state efforts to help lift people out of poverty. The program provides access to nutrition for millions of Americans with limited incomes who would otherwise struggle with food insecurity. While the federal government pays the full cost of SNAP benefits, it shares the costs of administering the program on a 50-50 basis with the states, which operate the program.

The Attorneys General coalition that filed the lawsuit is made up of Connecticut, Maryland, Massachusetts, Michigan, Minnesota, Nevada, New Jersey, New York, Oregon, Pennsylvania, Rhode Island, Vermont, Virginia and the District of Columbia, along with the City of New York.

The lawsuit was filed in United States District Court for the District of Columbia.