Buffet restaurant owners said the pandemic is ruling out their main form of business. They're still offering food curbside. 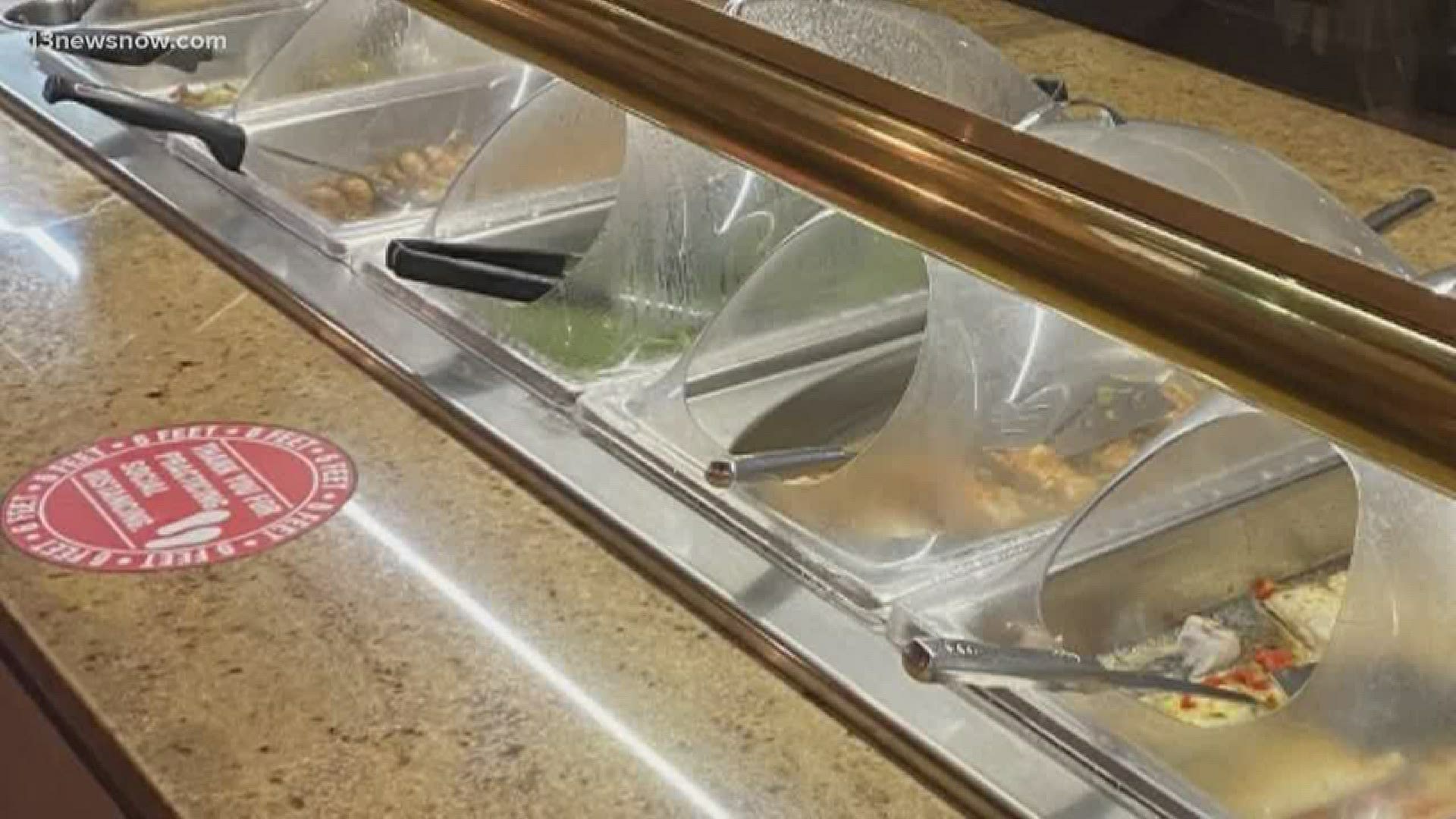 VIRGINIA BEACH, Va. — While outdoor seating opens up and curbside pickup and delivery are officially ubiquitous, there are aspects of the food-service industry that remain shrouded in restriction.

The buffet may have the most questions surrounding its return to the public sphere. By nature, it may be the least socially distanced form of service, self or otherwise.

There is a light at the end of the line, however, according to Captain George's Seafood buffet founder George Pitsilides. In addition to his two Hampton Roads locations, he has a location in South Carolina, and one in North Carolina as well, both with buffets open to the public.

"We've had lines at the door," says Pitsilides, the demand apparently high for the popular system of free choice.

What is certain is that, at least for the time being, those buffets will look very different, whenever it is they do re-open.

RELATED: Safety tips to consider when returning to restaurants