It's the Battleship Wisconsin's 75th anniversary and to celebrate Nauticus is hosting its first-ever "Steel Beach BBQ Classic." 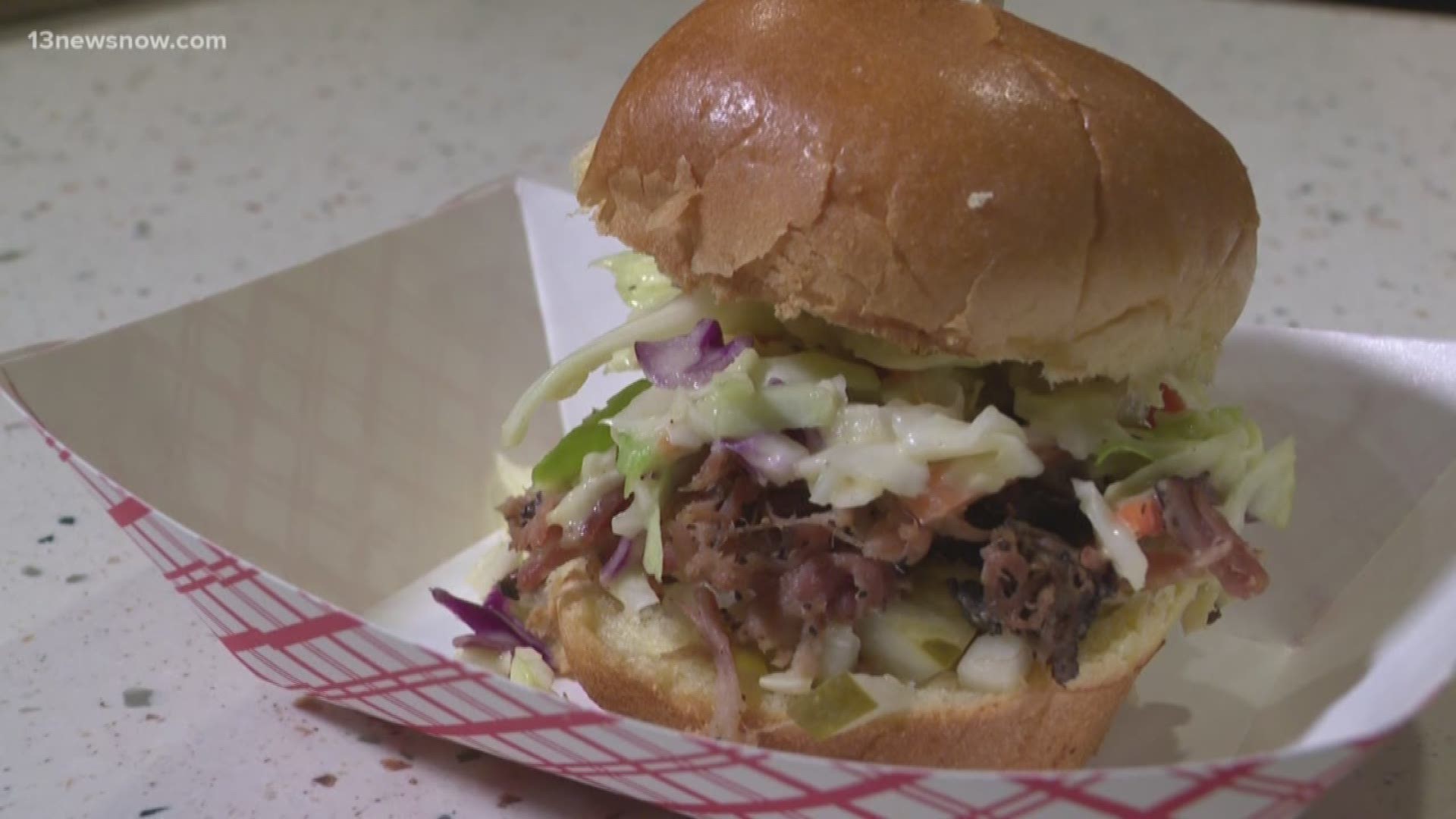 NORFOLK, Va. — Nine local vendors are competing for the top prize at the inaugural Steel Beach Barbecue Classic at Nauticus this weekend.

Redwood Smoke Shack, Bing's BBQ and Terry's North Carolina BBQ and Ribs will all be there.

Owner of "The Big Whiskey" BB-64 cafe, Rohn Sitjar, plans on bringing some Filipino heritage to the event.

"Battleship Wisconsin was very much involved in the WW2's liberation of the Philippines. I'm Filipino, born in the Philippines so we're going to represent with some items that are going to be really cool for this event," he said.

"This is a traditional Filipino dish, that has been Americanized with barbecue, so it has your nice crisp outside and then you've got your slow-cooked, savory pork barbecue.

Another dish you will see at the event is the "Pork-strami sandwich" by Bing's BBQ. It includes pork with pickles and slaw slathered in a raspberry reaper jam, topped with a brioche bun.

When guests arrive on Saturday, they will receive a commemorative cup along with drink and food tickets. If you do plan on attending, you should know that all the proceeds will go back to maintaining the battleship.

The Steel Beach Barbecue Classic is from 4 p.m. to 7 p.m.  Saturday. You can still buy tickets here.

RELATED: FRIDAY FLAVOR: Scoot's BBQ in Gloucester sure to meet your 'meaty' expectations