With years of success under its belt, Redwood Smoke Shack Texas Inspired BBQ is opening a second location, but the Norfolk spot wasn't even the first. 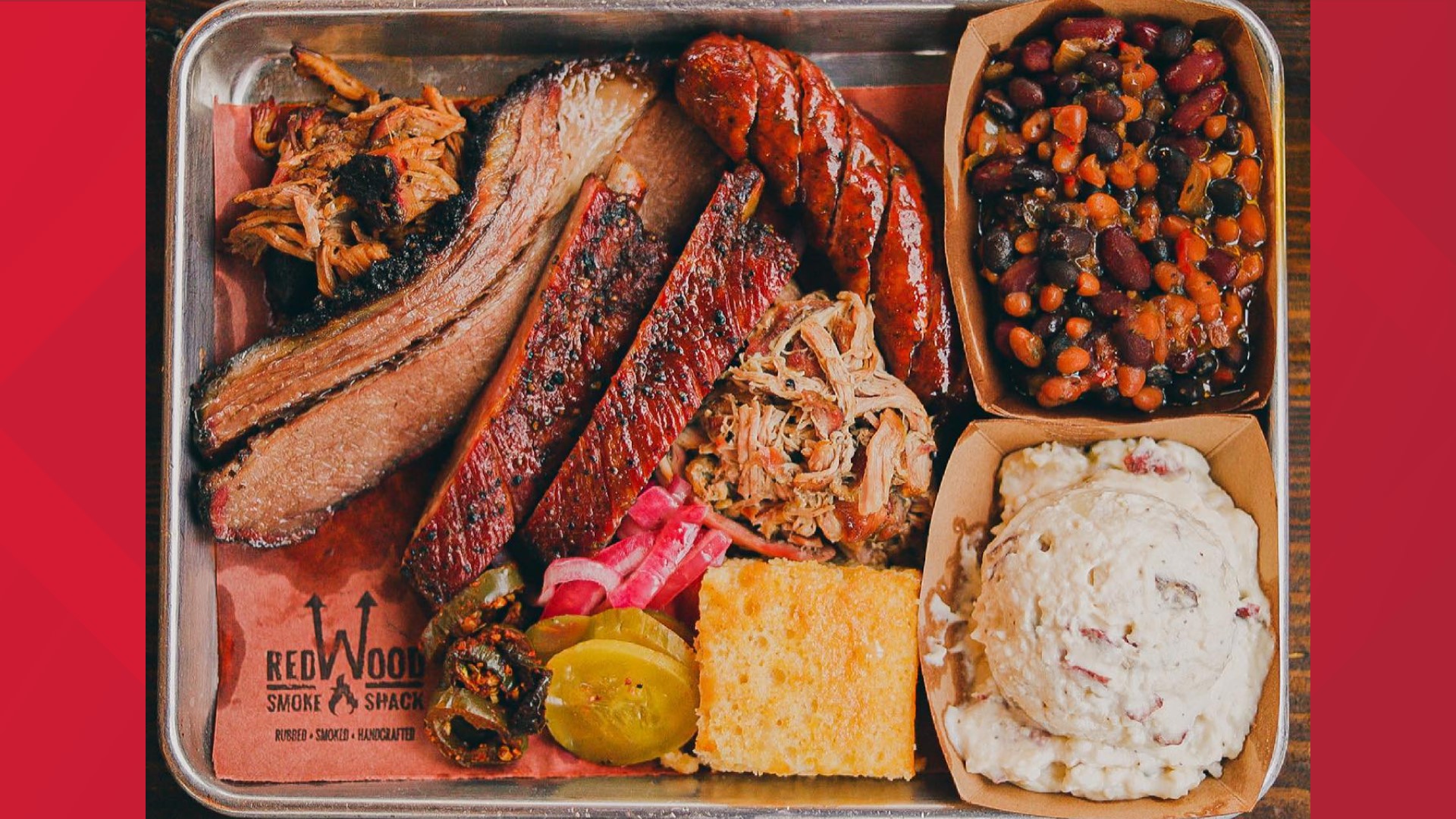 NORFOLK, Va. — Bob Roberts wanted to learn how to properly barbeque, so he opened YouTube and did his research. Not long after, Roberts bought a smoker and started selling meat to his neighbors from the end of his driveway.

"We started getting notes in the mailbox, on the door, random people stopping us and saying hey, when are you going to do that again," Roberts said that's when he knew he had something big.

After realizing he needed to expand, Roberts bought a food truck and named it Redwood Smoke Shack. The food truck operated for a few years, and then Roberts said he felt the pull to open something even more prominent. Two years ago, they opened Redwood Smoke Shack in Ghent. The Shack looks like Roberts' backyard; he said that's all to keep the heart of where it all started intact. Hanging on the walls, you'll find pictures of every memory from the beginning, pictures of mentors that Roberts studied under, and awards from years of fantastic barbeque.

"We do it the right way, in my mind, we're texas inspired, so it's all live fire, large smokers outback," started Roberts. His smokers even have sentimental value, each of them named after one of their family dogs, Bubba, Daisy, and Stella. "Probably 90 percent of our menu comes off our smokers, that's our stick, that's how it's done in Texas," continued Roberts.

Their smokers aren't the only authentic part of Redwood Smoke Shack. Everything you see is made in-house and fresh. Their sauces, their rubs, the sides are all homemade. "It's low and slow," laughed Roberts.

They have your brisket, ribs, pulled pork, pulled chicken, sausage, burnt ends, smoked wings, the monster big beef ribs, and so much more. They don't stop with the meat. They have many sides to choose from, collard greens, corn pudding, coleslaw, potato salad, broccoli salad, baked beans, banana pudding, and the list goes on and on. If you're up for something different, ask for the "Woody."

"It's pork, brisket, slaw house barbecue sauce, in between a Krispy Kreme donut. So it's that sweet and savory that really works well together," he laughed.

The food is delicious and so flavorful. However, what separates this spot from others is the desire to please the customers. "That's all we all want is to be appreciated. I thank my customers for giving me something that I can do every day that I love that doesn't feel like a job," said Roberts.

In speaking to the employees behind this spot, you could tell that they too loved their job. The joy you feel as soon as you walk makes you feel at home. Their kindness is infectious.

"We're always trying to be better, and we're only up against ourselves," said Roberts. They are, quite literally, up against themselves with a new location opening at Courthouse Market place in Virginia Beach. "29th of May is going to be our grand opening," cheered Roberts.

If you can't wait for that spot to open, you can visit Redwood Smoke Shack Texas Inspired BBQ in Norfolk at 2001 Manteo St, Norfolk, VA 23517.