FRIDAY FLAVOR: Scoot's BBQ in Gloucester sure to meet your 'meaty' expectations 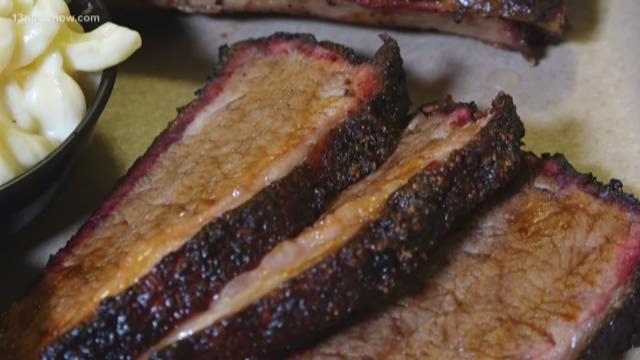 GLOUCESTER POINT, Va. — Owner Gary Ward opened up Scoot's BBQ four years ago with his wife, Karen, naming it after her late grandfather after turning a hobby into an actual business.

"Once we started hearing that this is some of the best they've ever had, we decided that now is the time to open up a barbecue restaurant," said Ward.

Scoot's BBQ is known for its quality meats and seafood, but most recently it won the title of "Best BBQ restaurant" in the whole state of Virginia.

"Virginia Living magazine decided to start a competition this year. It was a bracket-style competition," Ward said.

"Thirty-two restaurants throughout the state of Virginia, broken up in regions. Each week we got closer and closer and could not believe the outpouring of support from the community."

You must try the side dishes including mac and cheese, coleslaw, and collards. But it's the brisket that is one of their best sellers.

"Brisket is beef brisket and it comes off the cow and comes up around the front legs. It's generally a tougher piece of meat, so that's why you have to cook it for so long," Ward said.

If you're wondering what type of environment you may be walking into when you visit Scoot's BBQ, just know it's a friendly one.

Family-oriented, just the way Grandpa would have liked it.

RELATED: FRIDAY FLAVOR: It's time to get fit at FIT BAR