The restaurant has been serving the city of Hampton for generations with its big-portioned, home-style meals. 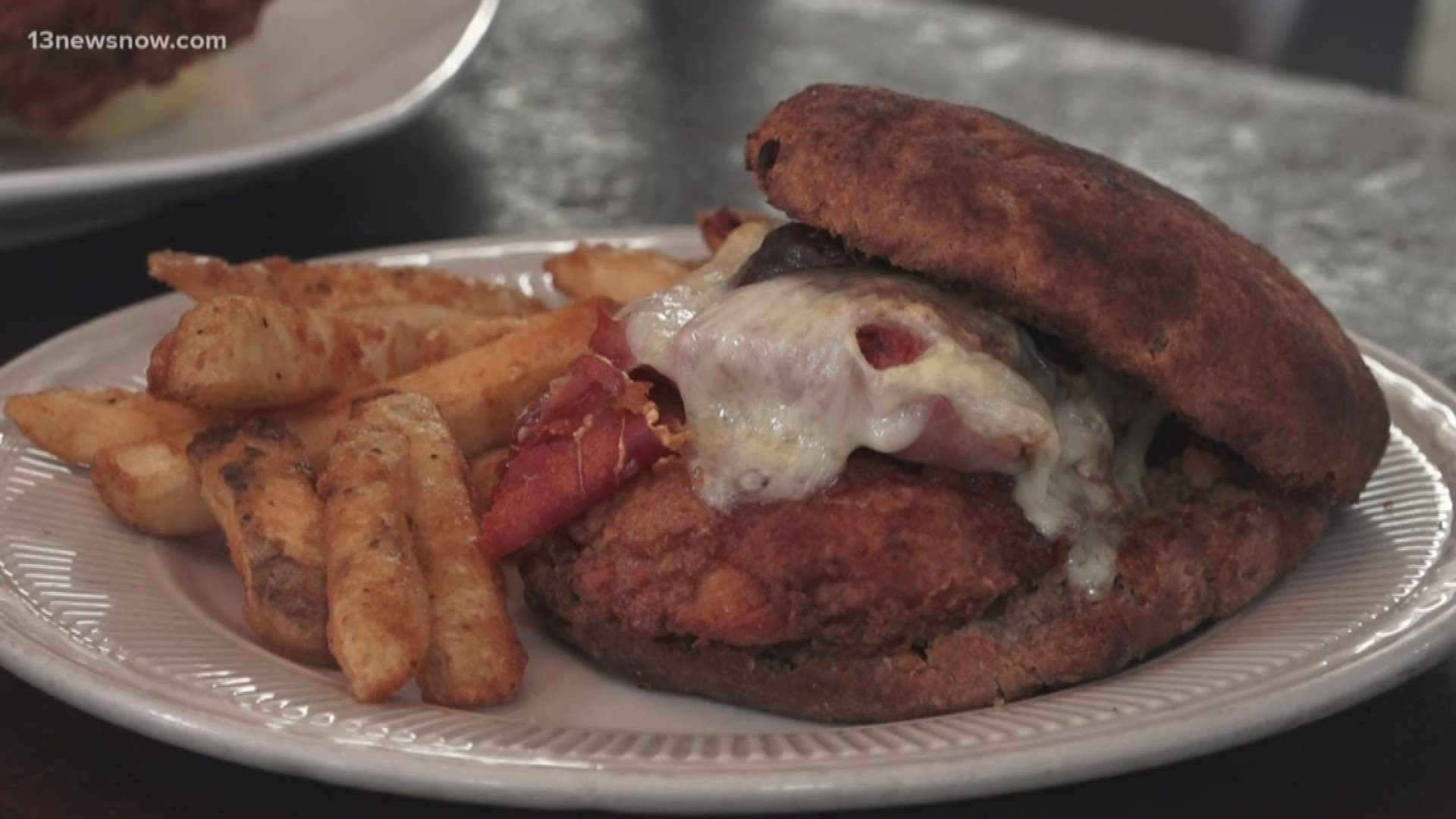 HAMPTON, Virginia — Having worked for other restaurants their entire lives, Dana Epstein and her husband, Phillip, knew buying "The Grey Goose" back in 2007 was the right idea.

The restaurant has been a staple in Hampton since 1982 so when they took over the ownership, they didn't want to change a thing but just add to it.

Dana recalls some of the restaurant's best-selling items.

"The Brunswick stew is a favorite. The ham biscuits and, at dinner, our Shrimp and Grits really has kind of taken over the world," Epstein said.

I got to try the Southern Pork Nachos, fried chicken sandwich, and Brussels salad.

And we can't forget the pastries.

"Our cream horns, we have a hard time keeping them in because people will come in and buy five at a time," owner and baker Philip Epstein explained. "We make them from scratch. Buttercreams, icings, cake fillings, everything."

When people come in to dine at The Grey Goose, it's not just the food and atmosphere that keeps them coming back. Most are reminded of a simpler time when the restaurant used to be their hangout spot growing up.

"I think the legacy of the restaurant having been here, we have third-generation people that are coming and saying, 'My grandmother used to take me here.' I think there's a lot of that nostalgia and they want to come in and have that taste of something they remember," Dana Epstein said.

You should also know that the owners are expanding!

In late spring, they're opening a French and American-style bistro called "The Baker's Wife." So keep an eye out for that coming soon to the Phoebus area of Hampton.