Stores like Kroger, Food Lion, Wegmans, and Costco are limiting the amount of meat customers can buy. Have you had any trouble finding meat at the grocery store? 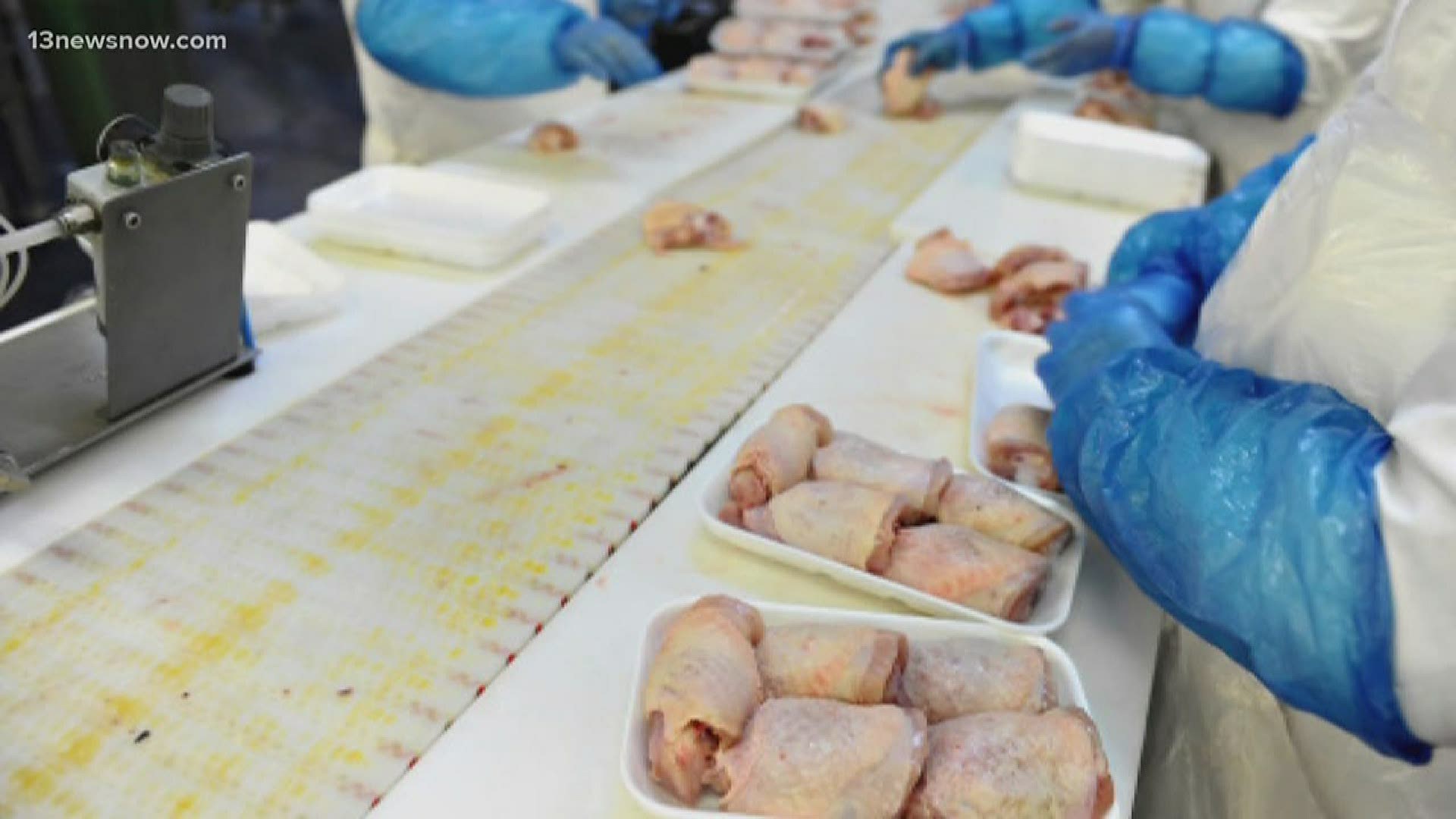 NORFOLK, Va. — If you’ve visited the grocery store lately, you might be wondering, where’s the meat?

As major processing plants report slower production, stores across the U.S. and right here in Hampton Roads might have a few shortages.

Stores like Food Lion, Costco, and Kroger are limiting the amount of meat people can buy and there are a few reasons why.

Firstly, the coronavirus is slowing down production at meat suppliers across the country. Meat giant Tyson, for example, reported a COVID-19 outbreak among workers.

Second, this production slowdown could cause some people to panic buy, so stores start rationing meat.

“The store itself is trying to protect its own supply," Marsillac said. "Its mission is to feed as many people as possible. They can’t do that if one or a few people come in and buy an entire shopping cart full of ground beef.”

Thirdly, the demand for meat in the grocery store is going up because more people are at home. It's another reason for stores to ration.

Marsillac said there is enough food in the supply-chain but the shift in demand and a slowdown in production ultimately mean this could affect the type and amount of meat that’s available, so you might not be able to find your favorite cuts.

“The kinds of meat that require a lot of human touch, human intervention... the things that are easy to cook: the boneless breast of chicken those are things you’ll probably see some shortages on,” she said.

Marsillac suggested consumers be open to alternatives and give major production plants time to adjust.

“Instead of going to your local grocery store and looking for the chicken you would get from Tyson, you can look in your local food market, farmers, local butcher shops; their supply chains are mostly functional,” she said.

But there’s no need to panic. Marsillac said the shortages are temporary.

“People should not be worried. There are not going to be long term shortages,” she said. “Don’t panic buy, don’t hoard. We’ll be OK.”