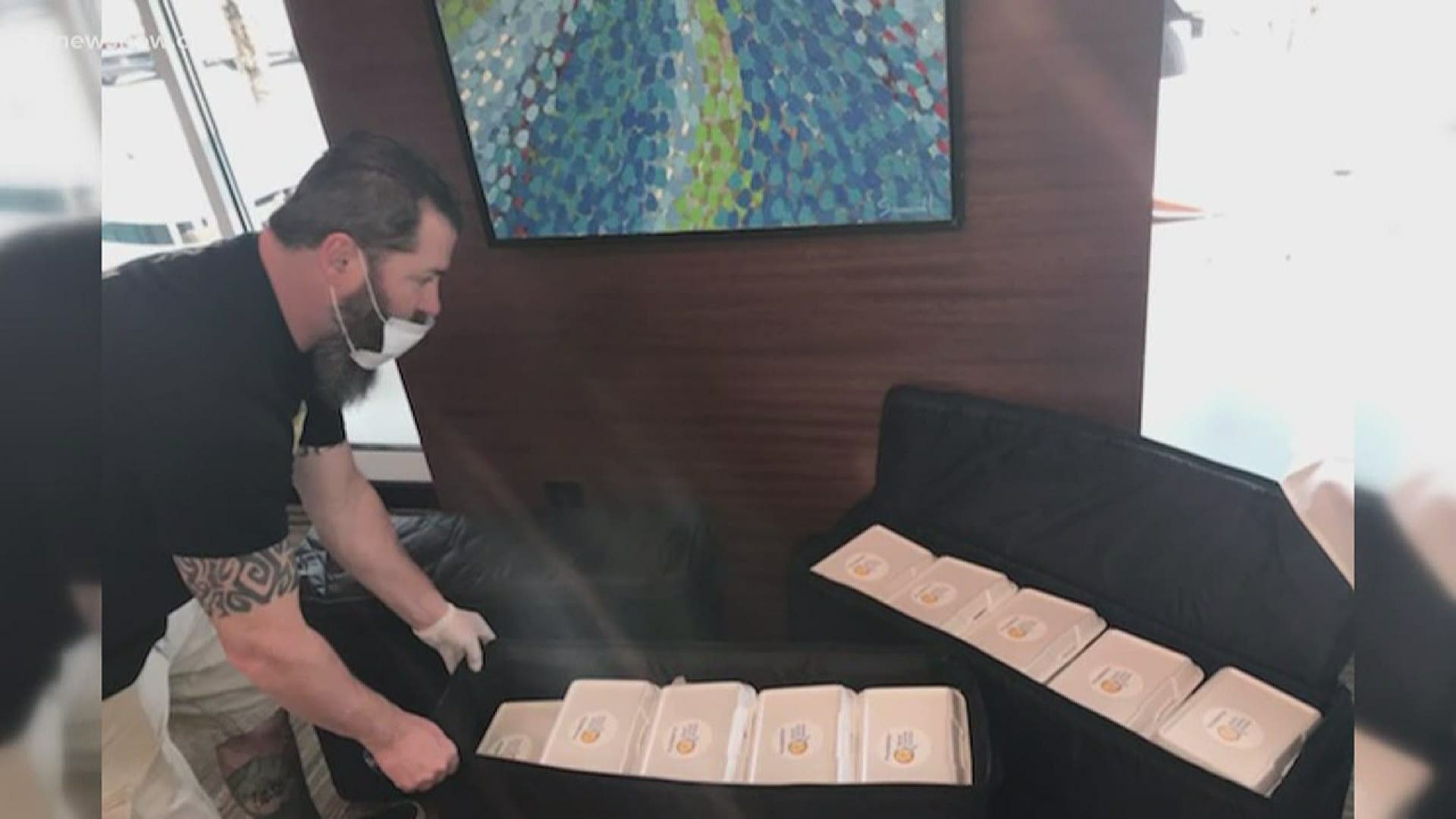 The World Central Kitchen (WCK) is an international organization founded by Chef Jose Andres that provides food relief during disasters.

Josh Phelps, a Newport News native and the organization’s Relief Operations Manager, reached out to Delegate Marcia Price to offer support for his hometown. Price referred him to the Newport News Redevelopment and Housing Authority (NNRHA) and now a great partnership has formed.

With the two working together, over 300 meals are served every weekday to seniors at four NNRHA facilities. The food must come from somewhere so WCK has partnered with three local Newport News restaurants – Cozzy’s Comedy Club, Hilton Tavern, and Fin – to help with their efforts.

Fin owner Kenny Sloane said that this meal prep is keeping them busy.

With the increase of food production, Sloane was able to welcome back some of his staff.

“Letting some of my staff back in the restaurant because we closed down for a couple of weeks. So we ended up opening back up when we gave some of our staff the opportunity to come back and work... get off the unemployment thing,” Sloane said

Sloane said this partnership not only helps the community but local businesses as well.

“It’s one small step forward, but it definitely helps out everybody in the community. Plus the small businesses at the same time. We’re just grateful to be involved.”