Three Puerto Rican entrepreneurs in Virginia are teaming up to host a fundraiser for those affected by the recent natural disaster. 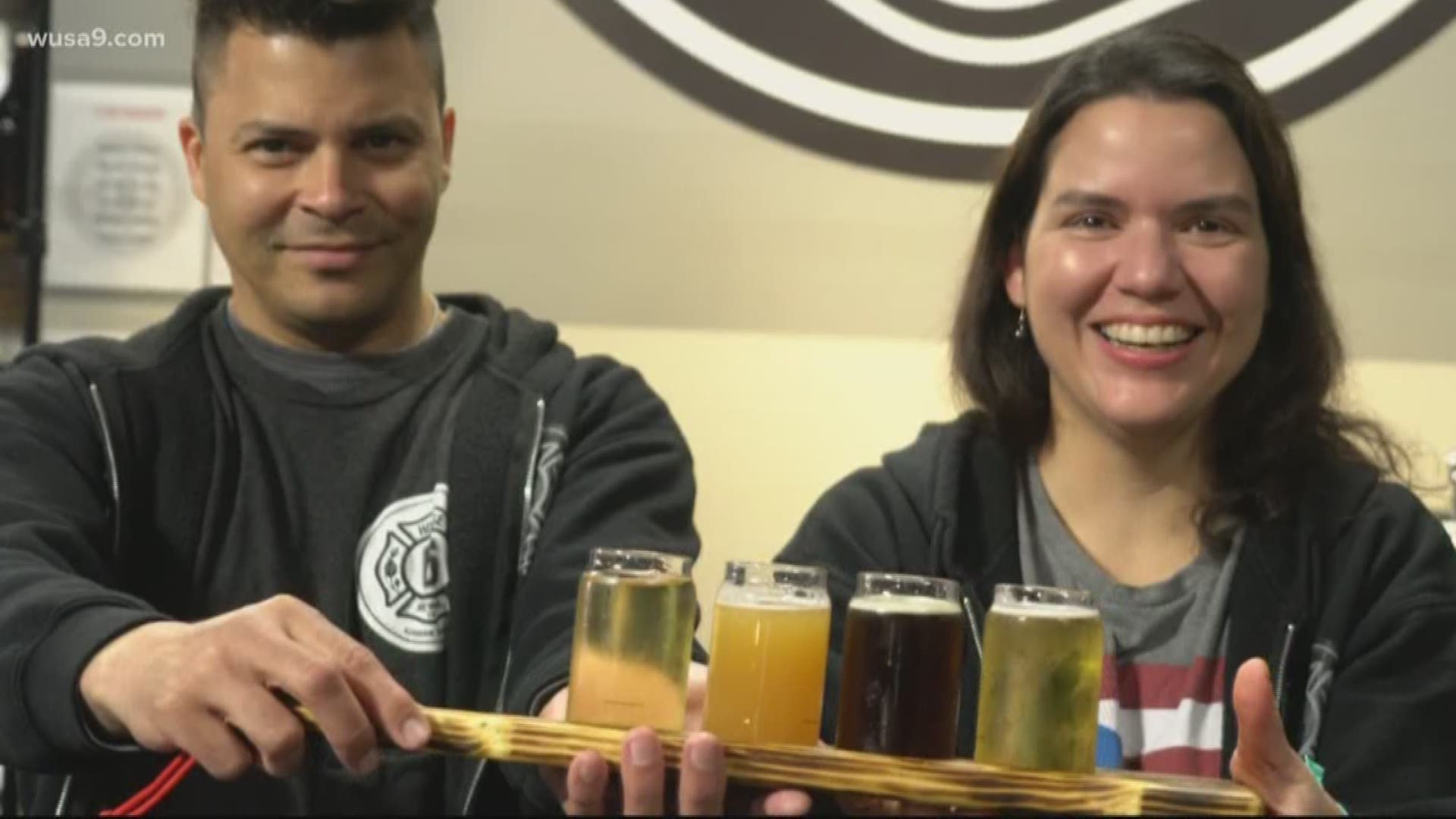 ASHBURN, Va. — Over the last 10 days, the island of Puerto Rico has been rocked by earthquakes and aftershocks. President Trump declared a major disaster ordered Federal aid be sent to aid in local recovery efforts, according to a White house statement.

But for a group of native Puerto Ricans living on the mainland, they want to do more.

Full-disclosure: I am Puerto Rican. I still have a lot of family on the island. Their houses are intact, but their fear is real. So when I heard about a group of boricuas coming together to raise funds for the island, I knew I had to help.

I reached out to Coral Brun, owner of Taino Foods, on Facebook at 8:32 a.m. --by 8:45 a.m. she responded. Moments later we were on the phone talking about the details of an event she was planning with Marian Arcelay and Rolando Rivera of House 6 Brewing Co. Along with Puerto Rican musicians from the area, they were hosting a night of dancing, drinking and great food, all to help our people back on the island.

RELATED: Puerto Rico still shaking, why so many earthquakes strike the area

I drove out to Ashburn, Virginia the next day to meet them. We talked about family, about our respective family's experiences after hurricane Maria, how the community came together in full force and what it means to all of us to be able to give back now.

"I hope they know they're in our hearts, that we are rooting for them, and that we're doing our little part," Marian told me as tears welled up in her eyes.

Credit: wusa
Marian and Rolando with tears in their eyes thinking about the devastation in Puerto Rico.

"We have been hit as an island by so many disasters in the last couple of years," Coral said. "When something happens to our people, to our island, being far away you just want to do something."

House 6 brewing company is only a year old. In 2017, when hurricane Maria hit, Rolando and Marian didn't have a place to host an event in order to give back.

"I was back there right after Maria two years ago and it left such an impression in my heart," Coral said. "It’s something that you can’t predict. You know, an earthquake, it’s not like well, it’s coming, it’s coming, next week, get ready. No! It’s like you’re sleeping, and oh my gosh it's shaking and your house might fall on top of you."

RELATED: “Our pueblo is under assault. The clock is ticking on Puerto Rican lives.” | Puerto Ricans protest in DC, NYC and Philly

Credit: wusa
Coral talking about her trip back to Puerto Rico after Hurricane Maria in 2017

"Some people they don’t sleep in their houses," Rolando explained. "They sleep in the open. They’re afraid their house is just going to collapse on their head."

There are concerns that those back on the island are going to experience PTSD following the earthquakes.

"I’m thinking about the images that I’ve seen of children and elderly people sleeping outside," Marian said with tears in her eyes. "Hospitals that are empty. I’m thinking of the schools that will not reopen. Where are those kids going to go?"

Credit: wusa
Marian wiping a tear away after talking about the children and elderly that need help in Puerto Rico

"I think when they are displaced, when tragedy hits, a lot of people feel forgotten," Coral added.

That is part of the relief effort that often goes unaddressed -- the mental health impact on victims. One natural disaster, or in this case many earthquakes, can forever impact the way people see themselves and feel in their own homes.

"One of the big things now is emotional support," Coral said. "The hand holding, the 'it's going to be ok,' the psychological assistance. Other than the water and food supplies, [which] are absolutely necessary, they'll need that, too."

These earthquakes take a different toll on boricuas. One second everything is fine. The next, your house could be crumbling around you. It's literally unsettling.

That's why Marian, Rolando and Coral feel so strongly about raising money to help the people of Puerto Rico. They want peace for their families and friends on the island. They want them to feel at peace in their own homes.

For some, who have lost everything, that will take a lot of resources that the island's local government, and the government here on the mainland, have not been quick at dispersing.

RELATED: "After Maria, most of the chefs lost their jobs and we didn't have much to do." | A Puerto Rican chef now cooks for people in need

"When disaster hits, home will always be home," Coral said. "It doesn’t matter how many years you spend here, that is home. When you see images of your community, people hurting, they should know that you’re not forgotten. You are loved and we’re rooting for you."

The fundraiser will take place at House 6 Brewing Co. in Ashburn on Friday from 3-10 p.m. There will be beer, Puerto Rican food cooked by Coral, a DJ from 5-8 p.m. and  then a live band playing bomba y plena (the folkloric music of Puerto Rico) from 8-9:30 p.m. There will also be a silent auction and 50/50 raffle, where a portion of the proceeds will be donated to help fund assistance in Guanica.

If you can't make it to the party, you can also donate online through the United way of Puerto Rico. Enter DIASPORA DMV into the company name field.

I'll be there throughout the night, and I hope to see you there. Please come up and say hi if you do. I don't bite, but I'll likely have a bite of Coral's amazing food in my mouth at any given time.