For the youngest attendees, Fan Day is the beginning of a lifelong love for the Vols

Kids from across Tennessee came face to face with their idols at the Fan Day autograph signing. 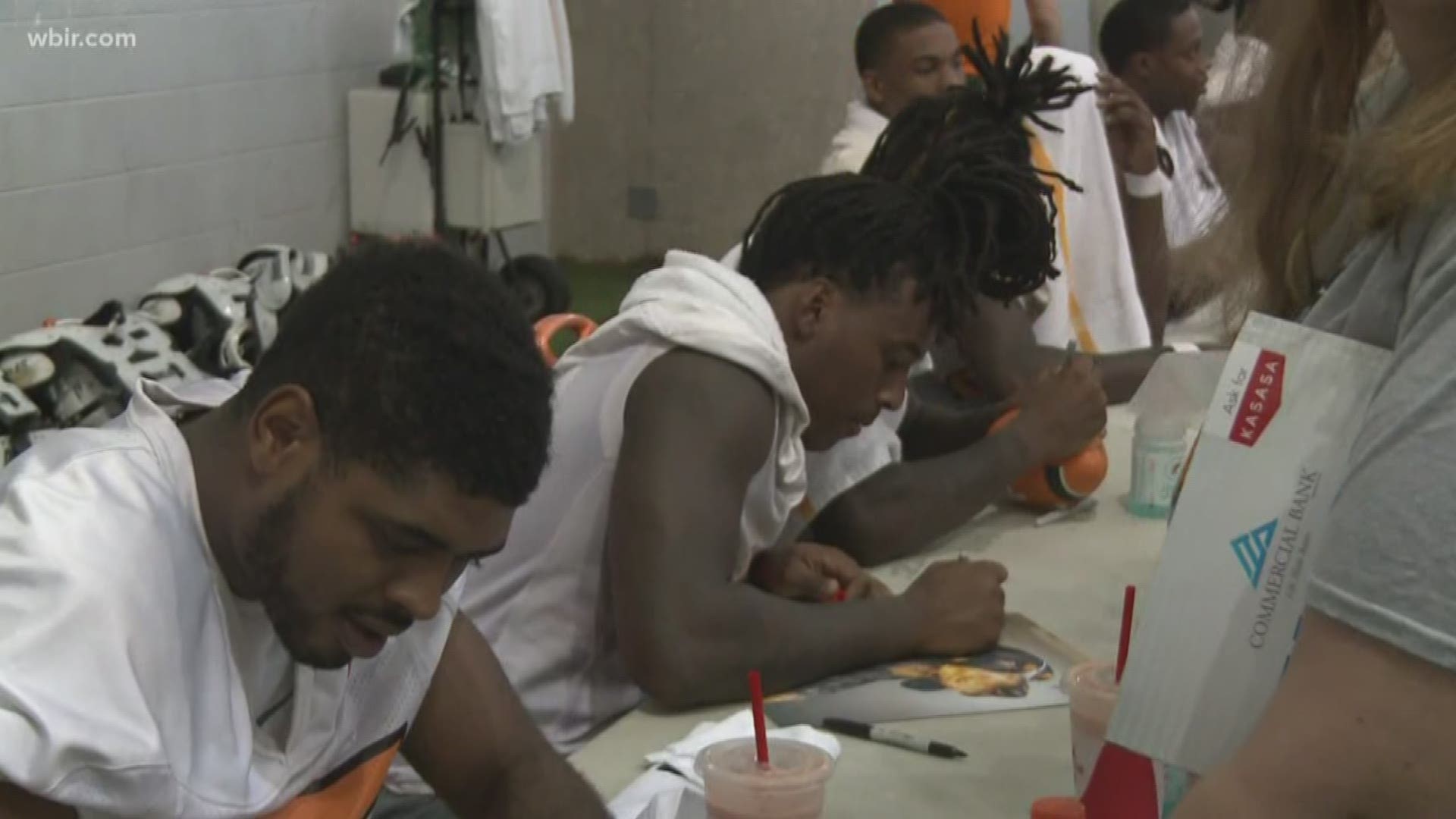 But the team held an afternoon autograph signing for fans with wrist bands, so the day's initial let downs hardly mattered to kids who shoved Sharpies, mini-helmets, towels, #16 jerseys, and all manner of memorabilia into the hands of a tired but eager Vols football team.

"I'd never met them in my life," said Jace McCulla, who came with his dad and brother.

His dad Jordan said his boys hadn't been to Fan Day before, but that he started attending when he was even younger than them. Even as an adult, the great memories of time spent in and around Neyland cheering for the Vols persist.

"I wanted to start bringing them up how I was brought up..goin' to games," McCulla said. "I think it motivates them to go out and play their sport harder."

For kids, Fan Day is just one of many traditions that kicks off a lifelong passion for anything orange and white.

"We love Tennessee football," McCulla said. "It's good for them to get out here."

So we had to ask the kids themselves: What's your favorite part of being a Vols fan? 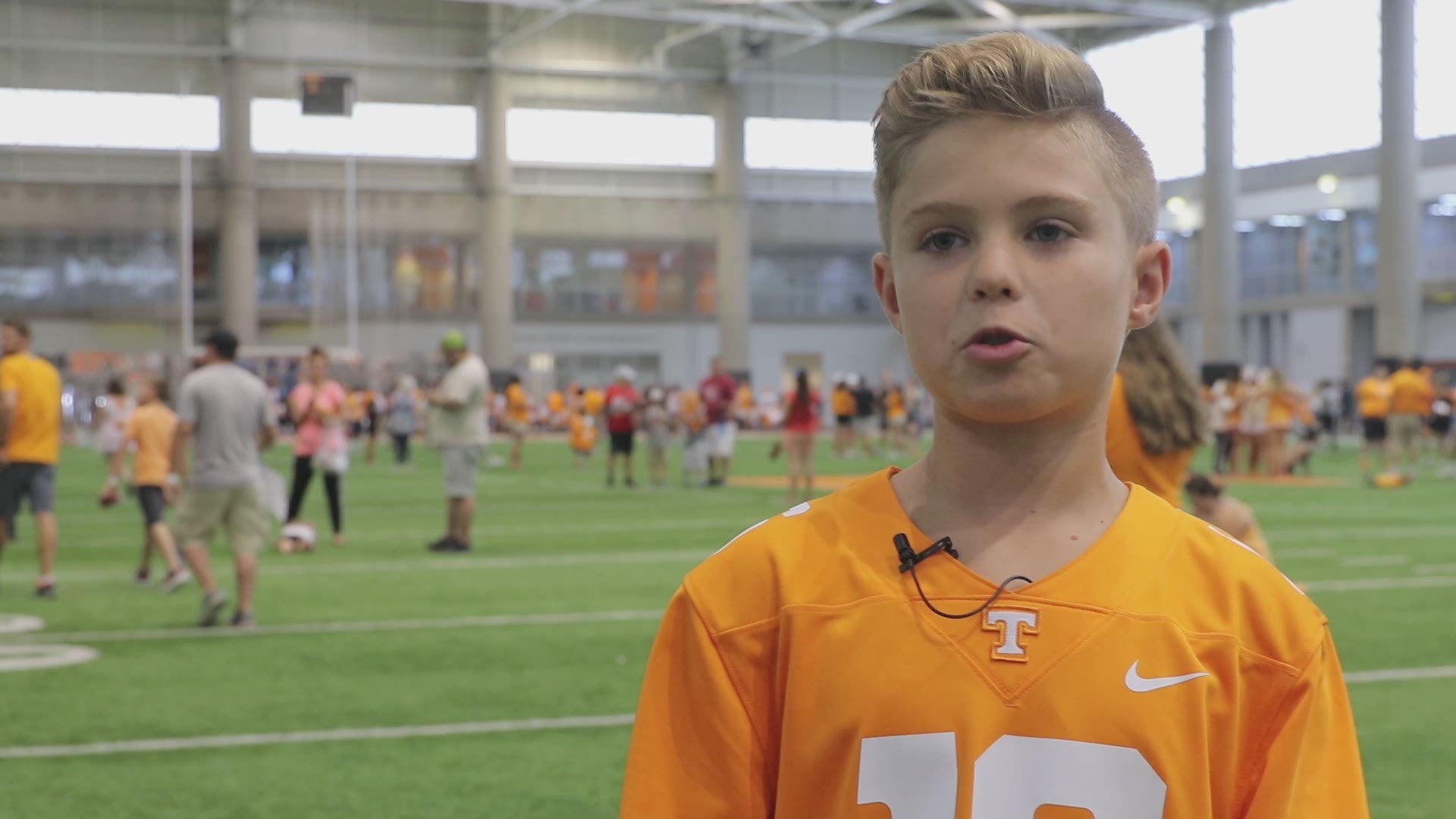 The Vols season officially starts on August 30 at Neyland Stadium.