Gov. Northam checked on the safety measures in place on Saturday. 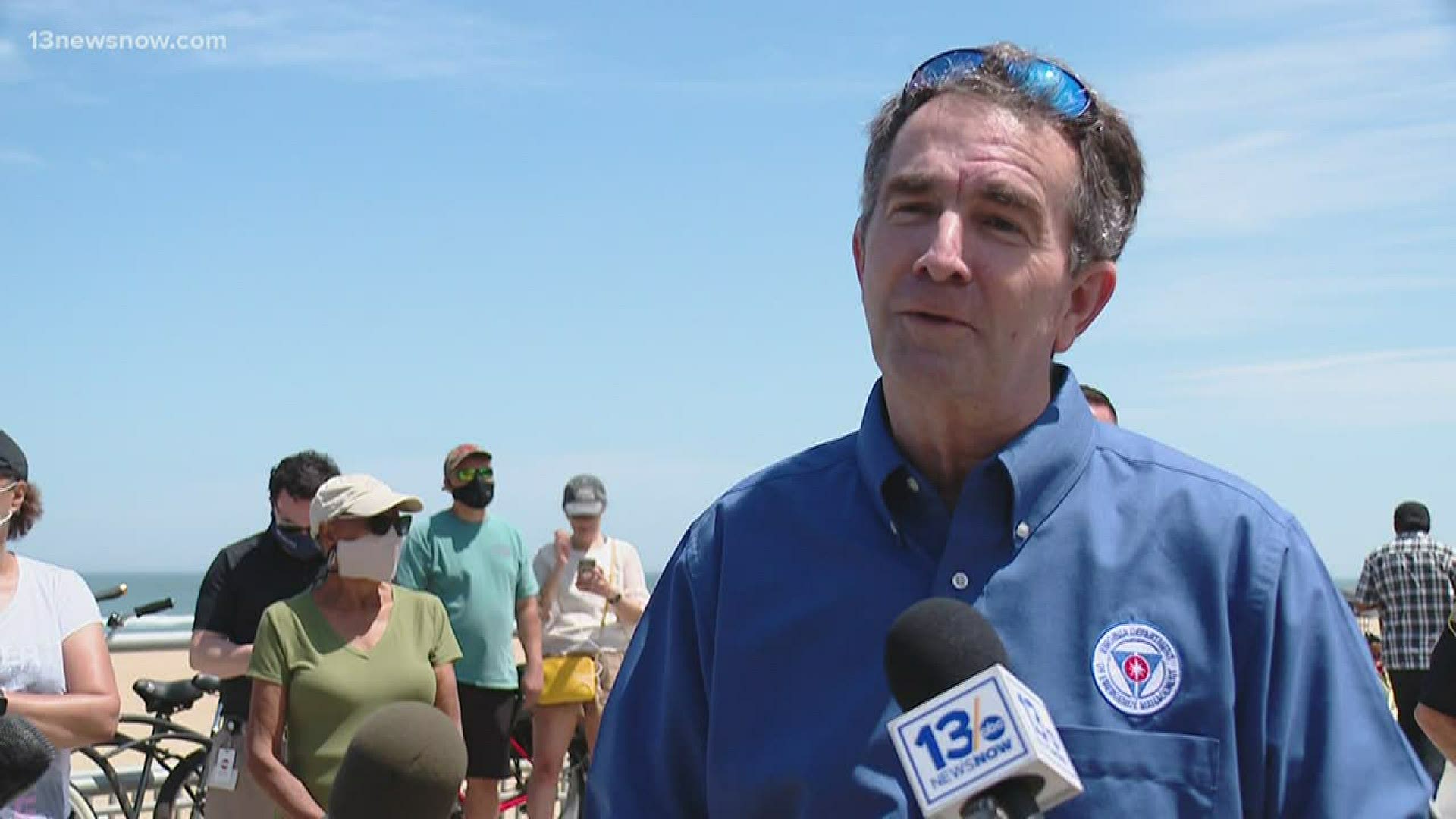 VIRGINIA BEACH, Va. — On Saturday, Virginia Beach ambassadors welcomed beachgoers. They stood next to signs, which outlines new rules. Signs were posted with the guidelines at every beach entrance.

Among the visitors was Virginia Governor Ralph Northam.

During a press conference at the beach, Northam was not wearing a mask. A spokesperson from the governor's office sent this statement to 13News Now:

"The Governor has repeatedly encouraged wearing face coverings inside or when social distancing is impossible. He was outside yesterday and not expecting to be within six feet of anyone."

"It's nice to see the governor out here today which was really cool, along with everyone else, it's kind of different than northern Virginia," said visitor Tim Cain.

Northam talked about enforcing safety measures at the beaches.

"I think most people are willing with the reminder to do the right thing. So, we're not out here with a stick. We're really out here with a carrot. We want people to enjoy our beaches. We just want them to do it safely. I think you'll see as we move forward that will be the case," said Northam.

In addition, Northam discussed the possibility of reopening beaches in Hampton.

"The plan from Hampton came on Thursday. So, when we made the decision to open up Virginia Beach at that time, the only plan we had was from Virginia Beach," said Northam.

"As soon as we get plans that are comprehensible and that will be safe with other beaches, we'll move forward with those as well."

McCormick said the city is torn when it comes to reopening its beaches, some say it will be too soon.

On Saturday, Virginia Beach Mayor Bobby Dyer discussed his hope for the future.

"Hopefully our success will mean their success. If we have a successful opening and we show compliance with the rules, they hopefully they will be allowed to open up soon," said Dyer.

Right now, wearing a mask to the beach is encouraged, but not mandatory.

Governor Northam is reviewing a policy that would require masks to be worn in certain public areas. He plans to make an announcement on Tuesday.

RELATED: In Virginia Beach, Wave Trolley and Bayfront Shuttles suspended for the summer