The "rocket's red glare" is starting to annoy a lot of folks. But why have there been so many fireworks going off in the first place? 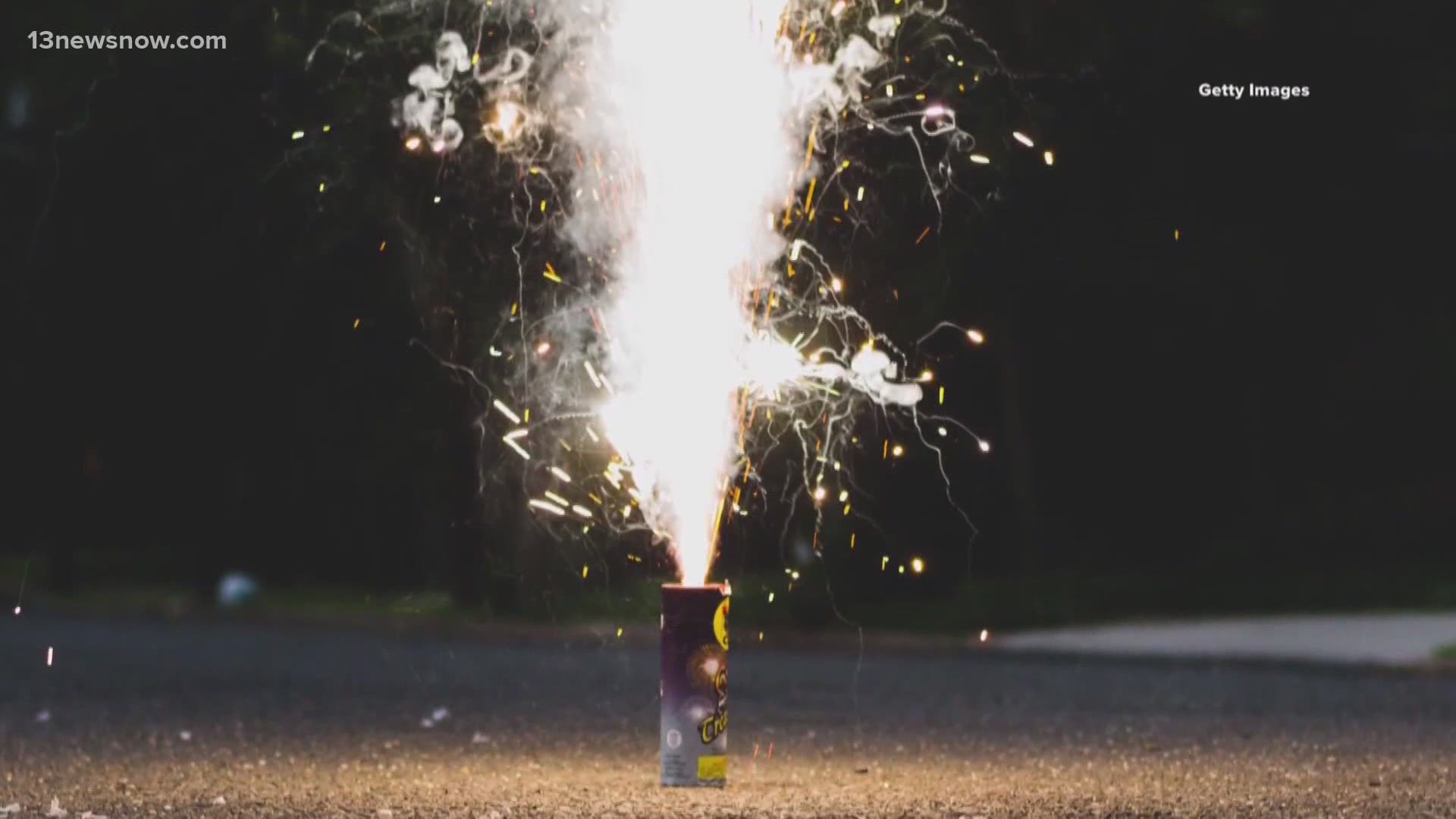 NORFOLK, Va. — Patriotism shines on the Fourth of July. But this year fireworks are popping off in Hampton Roads -- and nationwide -- a lot earlier.

Meadows lives in Downtown Norfolk and said neighbors are complaining about it on Facebook.

“It’s kind of become a joke online,” Meadows said. “Some of the Ghent pages, they preemptively post about it about 5 o’clock every day. Just letting people know it’s not gunshots, it’s fireworks.”

Portsmouth resident Michael Kimball said fireworks began several weeks ago on his side of the water.

“You can feel them inside of the house, that is how loud they are sometimes,” Kimball said. “Like last night, those are ones you can feel inside the house.”

He said they are big fireworks and people start firing them around 9:30 p.m.

“It’s either fireworks or gunshots every night that we hear,” Kimball said. “It has been a lot of fireworks lately.”

Don’t forget, most fireworks are illegal in Virginia. State law says it’s illegal to have any that explode, rise into the air, travel laterally, or to fire projectiles in the air.

However, Chesapeake Police said between May 24 to June 24, they’ve had 102 firework complaints. They said during the exact same time frame last year, they had only 39.

The City of Suffolk has had 38 calls since May 15. We haven’t received numbers from the City of Norfolk, yet.

“There was a dog running down the street, as soon as a firework went off, it just took off,” Kimball said.

The loud bangs not only startle pets, but also our veterans.

“It’s not just the loud sound that could be a loud triggering for them, but it’s typically the unpredictability of the explosion,” said Dr. Kawanna Ward.

Ward is a licensed mental health professional and the Executive Director of Blakey Weaver Counseling Center in Suffolk. She said not everyone who suffers from post-traumatic stress disorder is triggered by fireworks.

“But, for those who do, it can cause extreme hyper-vigilance or arousal, changes in their mood, as well as social isolation or avoidance,” Dr. Ward said.

So, is the firework increase just boredom or something more?

Kurt Hooks, CEO of the Virginia Beach Psychiatric Center, believes it's a perfect storm of things. He said it seems like pent up quarantine energy, coupled with civic unrest and things opening back up. He said people may be trying to take back some perceived control that had been taken from them.

Whatever the reason, Meadows said the fireworks don’t seem to have an expiration date.

“It is something more than boredom if it is happening everywhere,” Meadows said. “But it definitely could be, I mean, we are all stuck inside, so who knows.”

The offense for illegal fireworks in Virginia is a Class 1 misdemeanor, punishable by up to a year in jail or a $2,500 fine.