Christian Farley, a five-year-old, displays his sheriff's badge and hat as Woody from "Toy Story." The costume he's wearing is only one part of the ensemble 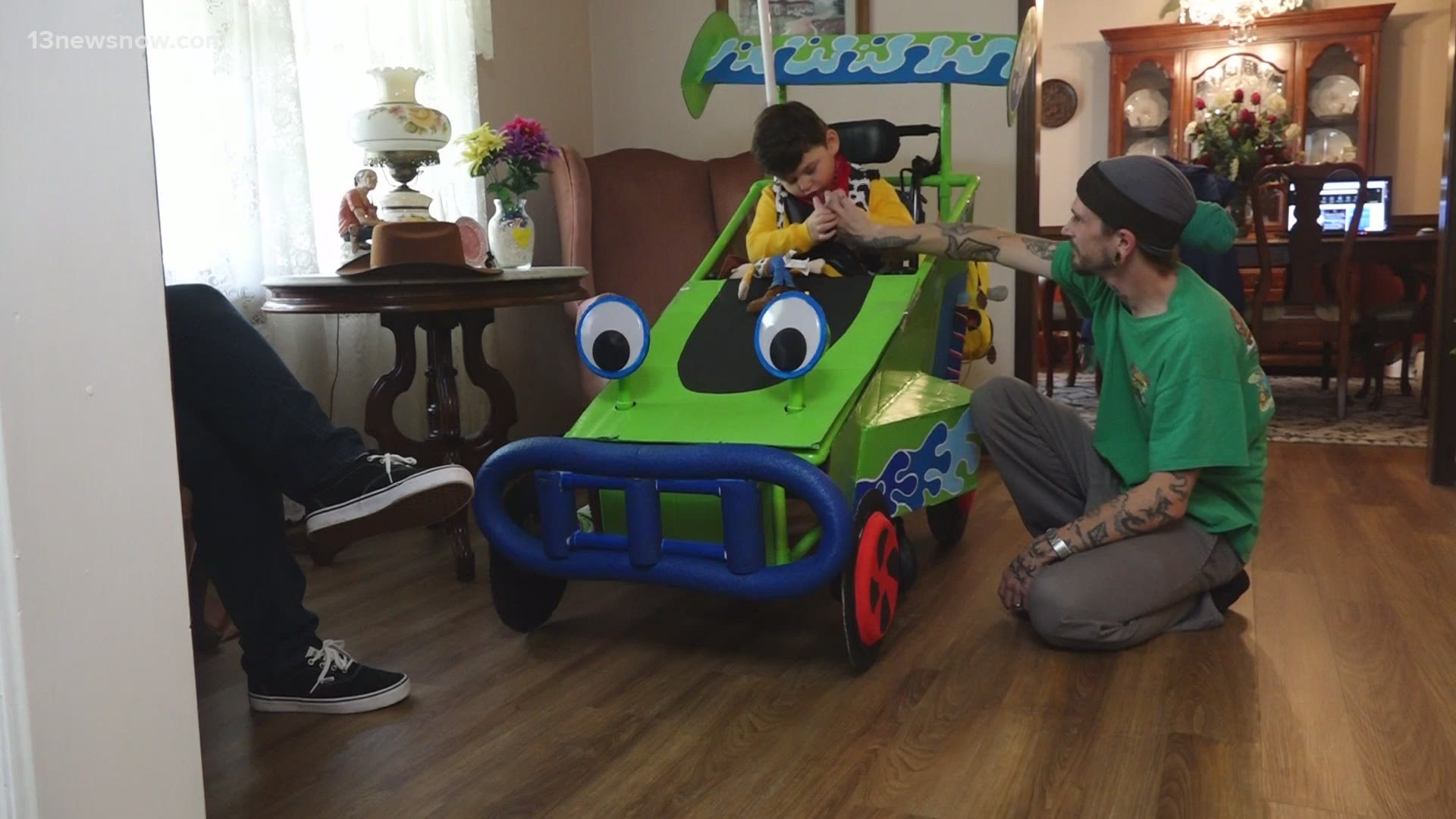 CHESAPEAKE, Va. — It would be hard to tell from the outside, but inside a quiet house on Hillwell Road in Chesapeake, the Farley family getting as festive as ever for Halloween 2020.

Christian Farley, the five-year-old child of Jessica and Chris Farley, displays his sheriff's badge and hat as Woody from "Toy Story," but the costume he's wearing is only the smallest part of the ensemble.

It took two days, but father Chris Farley redesigned Christian's wheelchair into a replicated green and blue racecar from the movie.

Christian, who turned five this May, lives his life with several disabilities, and suffers from frequent seizures.

The Farleys have known of Christian's disabilities for most of his life, and this Halloween they're using the holiday spirit to benefit a group that's helped them in their journey.

The Farleys, for example, have been given several pieces of equipment to make Christian's life easier at no cost.

Due to COVID-19, the non-profit's "HalloWheels" fundraiser went virtual for 2020, with 13 families from Virginia submitting costumes online, with the goal for people to donate towards their favorite ones.

The donations go directly back to the nonprofit, to continue helping families like the Farleys.

The contest runs until Nov. 1, and can be found here by going to the CATS website.