The Norfolk Police Department says the puppy is getting its much-needed rest. 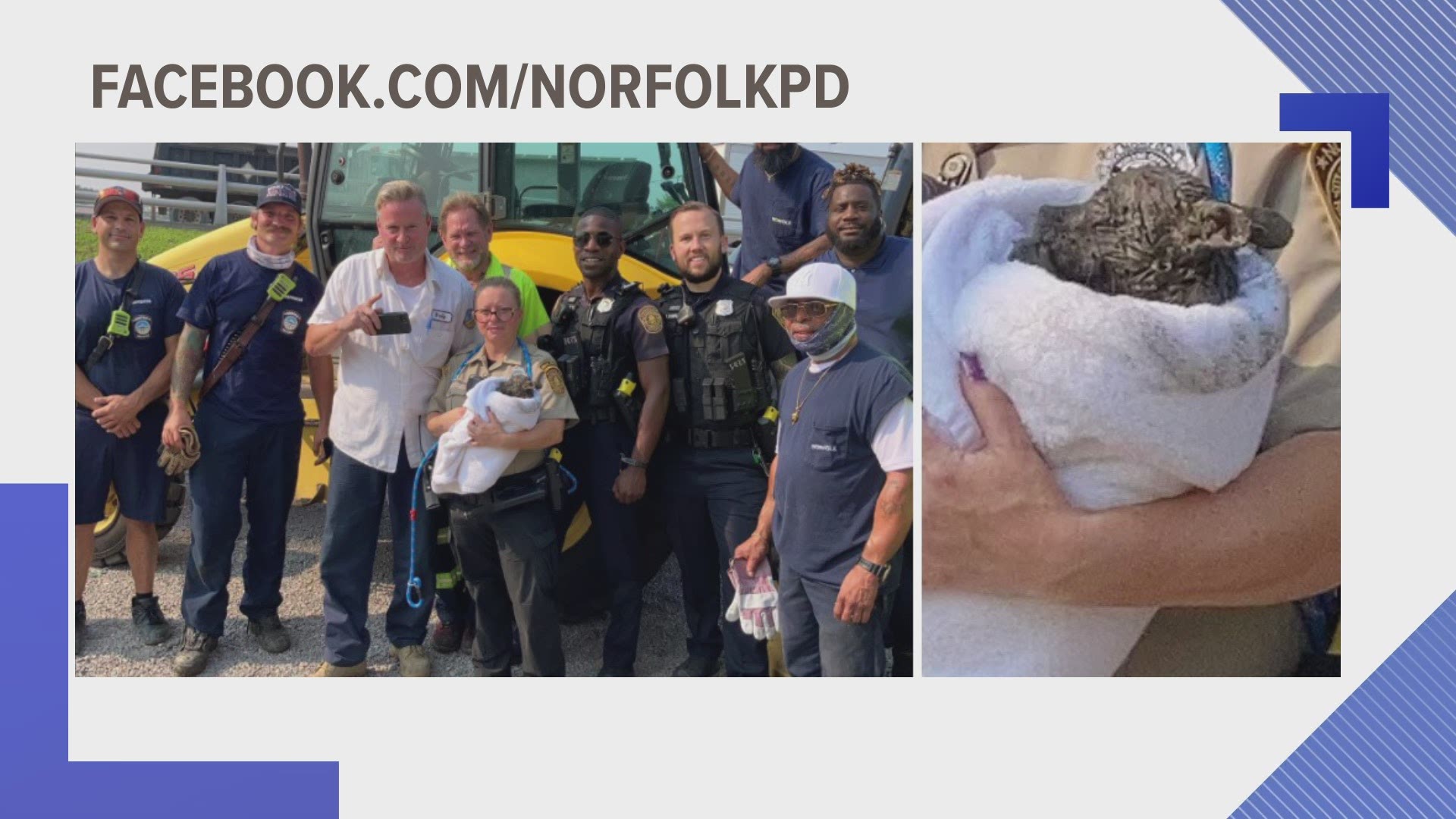 NORFOLK, Va. — A puppy's life was spared Wednesday afternoon by a group of Norfolk city employees.

The Norfolk Police Department said the city's public works department, Norfolk Fire-Rescue, animal control along with its officers teamed up to pull out a puppy that was stuck in a drain pipe.

According to police, the puppy is expected to be okay. It's getting plenty of rest and love, officers said.

If you ever happen to find an animal that's in distress, you're encouraged to contact Norfolk Animal Control at 757-823-4479.