Buttercup is a furry 4-year-old who keeps up with her Corgi brothers, Reecie and Peanut, with the help of a wheelchair in Mooresville. 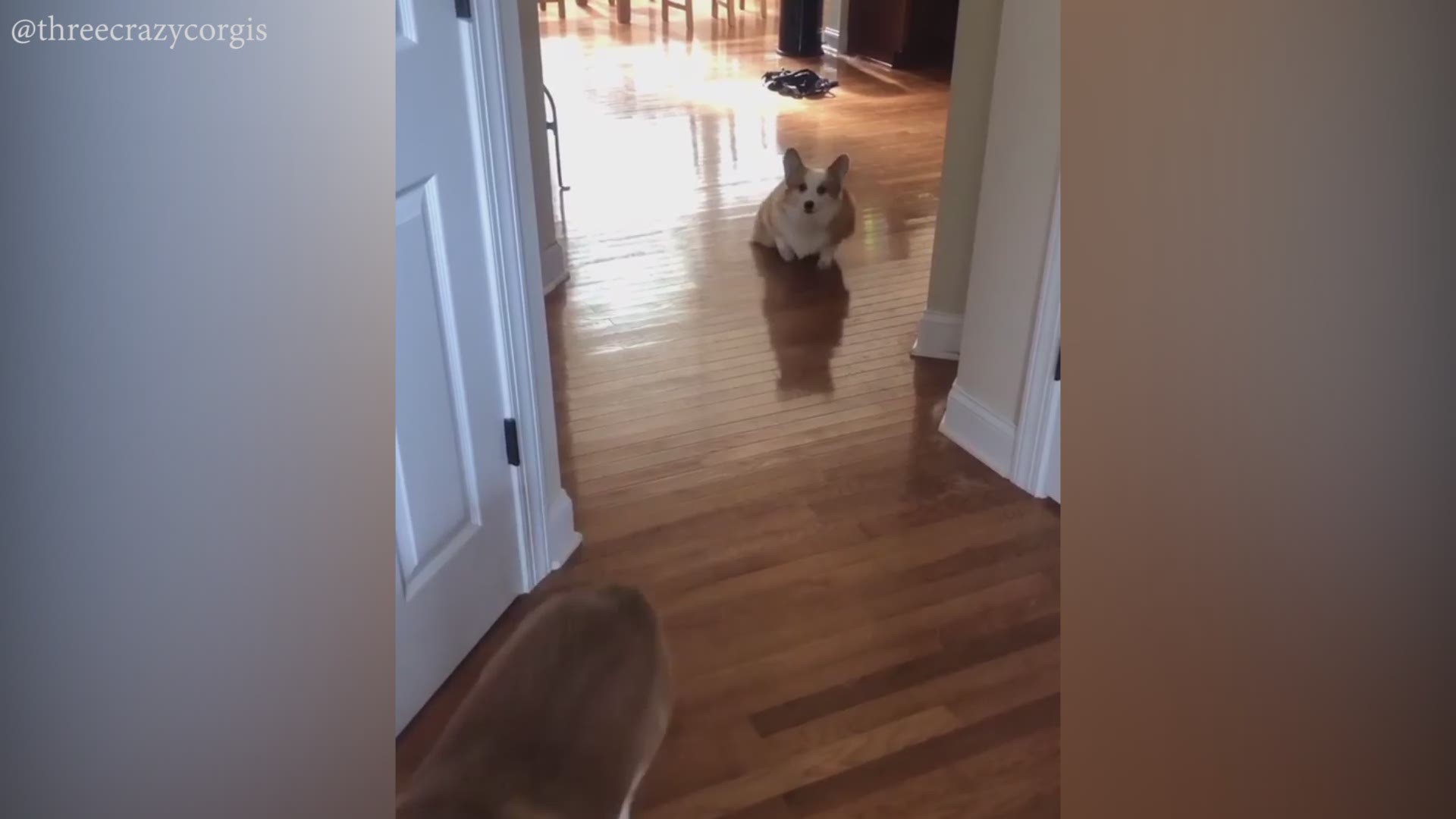 MOORESVILLE, N.C. — A disabled Corgi with a can-do attitude made a special delivery to patients at Levine Children's Hospital earlier this week.

Buttercup is a furry 4-year-old who keeps up with her Corgi brothers, Reecie and Peanut, with the help of a wheelchair in Mooresville.

On Tuesday, Buttercup and her owner, Laura Russell, gave away 50 pillows with inspirational messages to kids at Levine.

"To see a child’s face light up when they got the pillow and see them hug it, it was a very emotional experience," Russell said.

Because of privacy concerns, the pair wasn't allowed to deliver all of the pillows in person, but they caught the attention of some folks outside the building.

"As patients were coming in and out of the hospital, they were able to play with Buttercup, and the hospital representative actually gave out a few of our pillows as we were all standing there."

The Russells partnered with Illinois-based Lifelike Pillows to make the cuddly cushions with a picture of Buttercup in her wheelchair on the front and words of encouragement on the back.

Buttercup inspires thousands of people every day. She and her brothers are featured on social media as @threecrazycorgis.

When Russell first started posting pictures of the dogs, they were photographed celebrating wacky and unusual holidays. Their Instagram account hit 10,000 followers by August 2018.

However, about a week later, everything changed. Buttercup woke up one morning and couldn't move her back legs.

"The emergency veterinarian diagnosed her with a ruptured spinal disc, and Buttercup was in surgery within the hour," Russell said.

"They discovered at that point she has very, very severe hip dysplasia, and we were given the diagnosis that she would never walk again," Russell said.

No longer getting notifications? Click here for the new WCNC app

As the family started to adjust to Buttercup's new normal, Russell began sharing the sweet dog's story on social media.

"People all over the world started reaching out to us through direct message, saying they’re going through this difficult time or that difficult time, and how seeing pictures and videos of Buttercup trying so hard really inspired them to keep moving forward," she said.

Russell said these stories from strangers meant the world to her family.

"As we were going through that difficult time and adjusting to caring for our sweet dog who could no longer do a lot of different functions on her own, the love and support we received from our social media community was overwhelming," said Russell.

Looking for a way to cope with the situation, Russell decided to get Buttercup certified as a therapy dog so the Corgi could cheer up people in person. In July 2019, they began visiting a local nursing home once a week.

"We decided we really wanted to turn our heartbreak into something hopeful and positive," Russell said.

However, the cute Corgi couldn't be everywhere at once. That's when Russell's friend gave her an idea.

"She said, 'Hey, why not make a pillow of Buttercup and get her into charities and hospitals all over the country?'"

In September 2019, Buttercup's pillows became available for purchase online with part of the proceeds going toward pillows for hospitals, nursing homes, and charities. There's also a GoFundMe campaign to raise money for the cause.

"We just wanted to take something sad for us and turn it into something with hope and joy and kindness and compassion," Russell said.

To date, at least 15 organizations across the country have received or ordered Buttercup's pillows. Russell said these symbols of "huggable hope" are helping the family achieve their dream of spreading the determined dog's message.

"I just want it to be something pure, that people receive it and say, 'This little dog has mountains to climb, but she’s doing it. And she’s doing it with a smile on her face.'"