Would you call this luck? Or just a hope that never ran out? 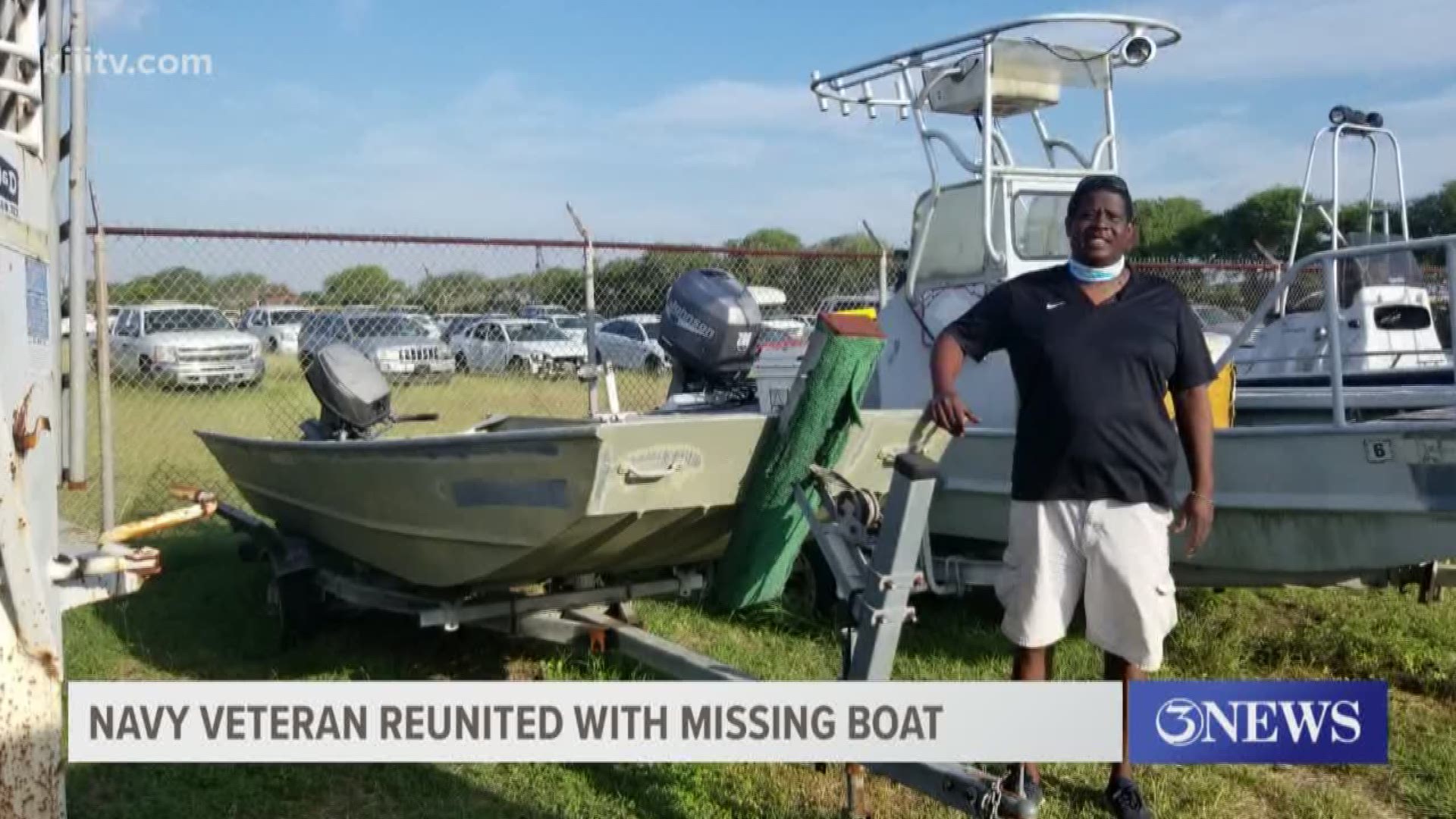 CORPUS CHRISTI, Texas — Imagine a stolen boat that was missing for more than 17 years and then it finally turns up and gets reunited with its owner without a scratch. Would you call it luck? Or just a hope that never ran out?

Victor Brooks is a retired Navy Veteran. When he was 24, he was stationed in Florida where he got himself a boat.

"I fished all my life and I bought this boat in Florida," Brooks said. "My son actually caught his first redfish out of this boat."

While in the Navy, wherever he was stationed next, his boat went with him. Then one day, when he was back here in Texas 17 years ago, he walked outside and it was gone.

"Once it was stolen, by then it was paid for, didn't have any insurance on it and that was the last I seen of it," Brooks said.

He then filed a police report with the Nueces County Sheriff's office. Brooks thought he'd never see his boat again.

Skipping ahead to now. Sargent Edward Nunez with the Sheriff's office came across Brook's boat when walking through the impound yard one day.

"[I] run the license plate numbers and I finally got a name and sure enough I was able to tie it to Mr. Brooks," Sgt. Nunez said.

Nunez then called Brooks to give him the good news. Not only was the boat in good shape, but everything was pretty much how he left it.

"My old pump, my old life jackets, there was a lock that my father bought for me on the boat," Brooks said. "He bought this for me years ago to lock the motor up and it was still there."

Brooks said he was even able to start the motor and when the boat is fully ready, he's hitting the water and casting out his fishing line again.

For the latest updates on coronavirus in the Coastal Bend, click here.

More from 3News on KIIITV.com: