March is Cerebral Palsy Awareness Month. Chanita Stone is promoting the children's book she wrote about her son, Caleb Croffie, who lives with the disability. 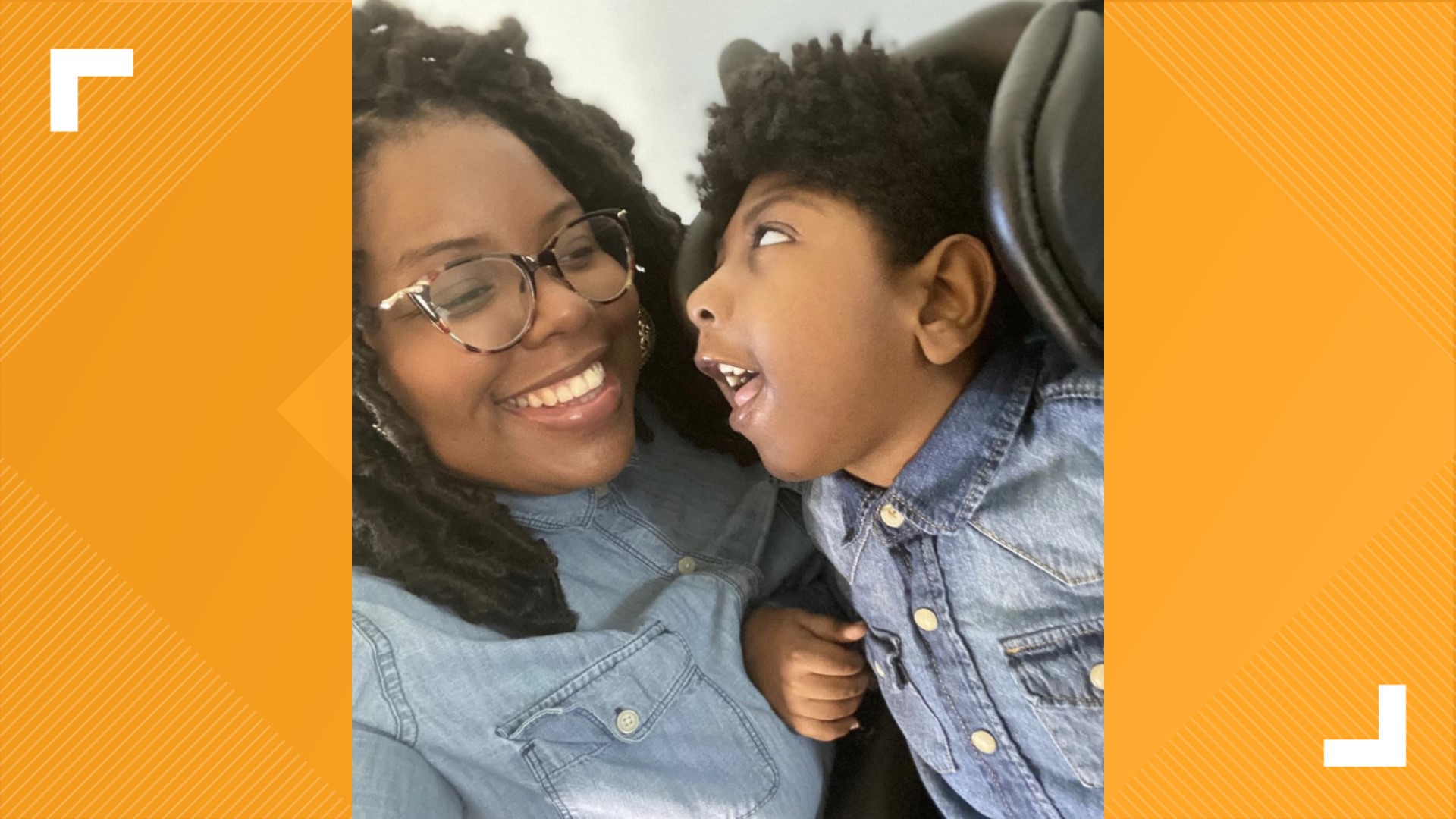 NORFOLK, Va. — "While I was being born, my brain got hurt really badly. The doctors told my mom and dad I would have to live with something called Cerebral Palsy."

That is one of the first lines from Chanita Stone's children's book, "Caleb Has Something to Say."

The story's main character is named Caleb Thomas. Stone said he is inspired by her five-year-old son, Caleb Croffie, who has cerebral palsy.

"[Caleb Thomas is] someone who has cerebral palsy, who is nonverbal, who has a family who loves him, who [has] friends who enjoy their time with him," Stone said.

Shortly after Caleb was diagnosed with the disability, Stone worked to spread understanding and acceptance of her son.

During Cerebral Palsy Awareness Month, Stone is promoting Caleb Has Something to Say because it illustrates how cerebral palsy affects her son and the special ways he communicates as a nonverbal child.

"It could be a sound, it could be a shift in his eyes, it could be an expression on his face. And it would correlate with what it is that he wanted us to know," Stone said. "We learned Caleb has something to say! He says it a little differently, but he says it!"

Stone said she wanted Caleb to be able to see and read about himself, but the book isn't just for him.

"Grandmothers are saying, 'Hey, he reminds me of my grandson,'" Stone remarked. "Younger kids are more interested and more comfortable with asking questions...There's this confidence, and it's not this wall of being nervous about approaching him...it's open now. It's a bridge now to be able to do that."

Stone said the book is one of her latest efforts to give Caleb and children everywhere the voice they deserve.

"[They] just do things a little differently," Stone said. "And I think that will just give them the confidence to do those things, as differently as [they] may do them, but do them with confidence. And do them knowing that people love and support [them] still."

Caleb Has Something to Say is available for purchase through Amazon.

You can also purchase the book through Stone's website.