For many in low-income communities, access to fresh healthy foods is hard to come by which is why Shamelle Jackson created these community fridges. 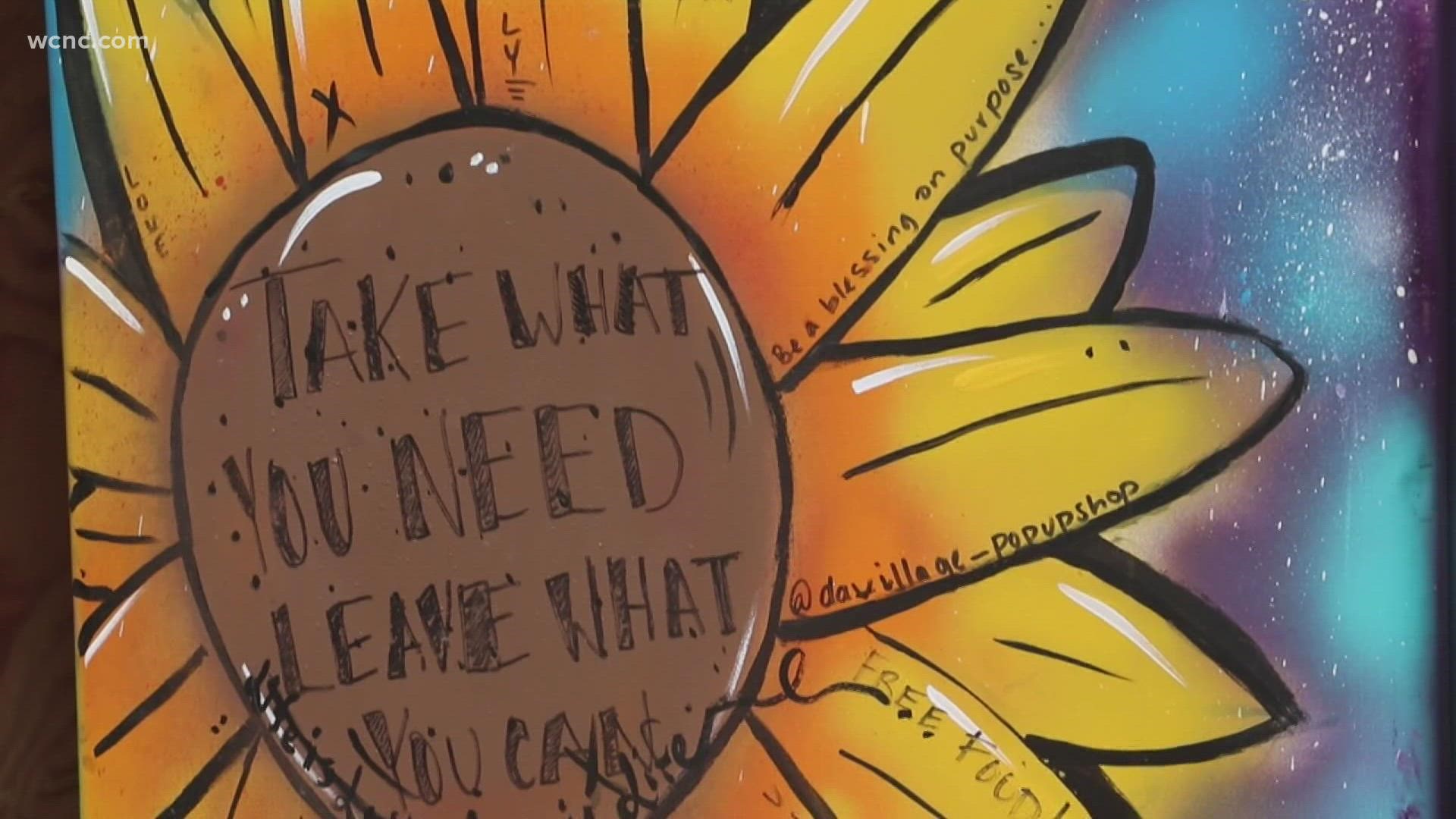 CHARLOTTE, N.C. — If you've ever walked by Oh My Soul in the NoDa community of Charlotte, North Carolina, you might have noticed a colorful fridge in front of the restaurant. But do you know what it's for?

Shamelle Jackson, from Gastonia, North Carolina, created this free community fridge to allow low-income families to have access to fresh and healthy foods. On any given day, the fridge is often filled with water bottles, bananas, avocados, fruit bars and even more healthy food options.

Jackson said when she went to Minnesota for the George Floyd protests, she was overwhelmed by how much the community had really rallied together.

"I didn't see any fridges," Jackson remembered. "But I saw gardens and just different unique things that were for the community."

RELATED: A Gastonia grocery store is closing soon. Citizens worry this could create a food desert.

Jackson was inspired by what she saw in Minnesota and knew she needed to do something similar for her community in Charlotte. She began researching community outreach and saw other states like New York had these community fridges.

As quickly as the idea had surfaced, Jackson was on a plane to Brooklyn, New York, to check out their fridges to see how they worked and to see how she could implement the same ideas back home.

"And we put it on Facebook saying we needed a fridge, and we got the fridge the same day," Jackson said. "And we have just been rolling with it ever since."

A study done of New Haven, Connecticut, by Yale researchers found healthy foods are significantly less available and that produce tends to be of poorer quality in low-income areas than in wealthier neighborhoods. The study showed stores in lower-income neighborhoods of that city stocked fewer healthier varieties of foods such as low-fat/skim milk, whole wheat bread, and fresh fruits and vegetables.

In Mecklenburg County, nearly 15% of households are considered food insecure, which means they have a reduced quality and variety of diet, may eat less, and eating patterns are disrupted due to lack of money and resources.

Across the nation, 11.1% of people face food insecurity, and that's according to data from Mecklenburg County.

That's why Jackson said she wanted to focus on fresh, whole foods for her community fridge.

"There are a lot of people who are just suffering right now and can't afford fruits and vegetables," Jackson said.

The pandemic has affected all of us in different ways, but Jackson said it's been especially hard on lower-income families.

"A lot of people get food stamps and certain things like that," Jackson said. "But a lot of those offices are closed. So if you're used to getting food stamps, you can't even sit with your social worker."

RELATED: Black communities have little access to healthy food options. A Charlotte chef cooked up an idea to change that

Jackson, a single mother of four herself, said she is so invested in her community fridge that she will often take from her own finances to make sure the fridge is fully stocked.

"I just want to make sure we can keep it fully stocked for the community," Jackson said.

Even though she lives more than 30 minutes away from the fridge, Jackson said she will make the drive to NoDa to check on and restock her fridge almost every single day.

"It's like an addiction honestly," Jackson joked. "The diligence and determination is there for me because, outside of filling up the fridges, we also do pop-up shops."

During those pop-up shops, Jackson said they will go into different low-income communities and set up little boutiques with tables full of clothes and other necessities.

"We just want to be consistent for the community," Jackson said.

WCNC Charlotte is part of seven major media companies and other local institutions producing I Can’t Afford to Live Here, a collaborative reporting project focused on solutions to the affordable housing crisis in Charlotte. It is a project of the Charlotte Journalism Collaborative, which is supported by the Local Media Project, an initiative launched by the Solutions Journalism Network with support from the Knight Foundation to strengthen and reinvigorate local media ecosystems. See all of our reporting at charlottejournalism.org. 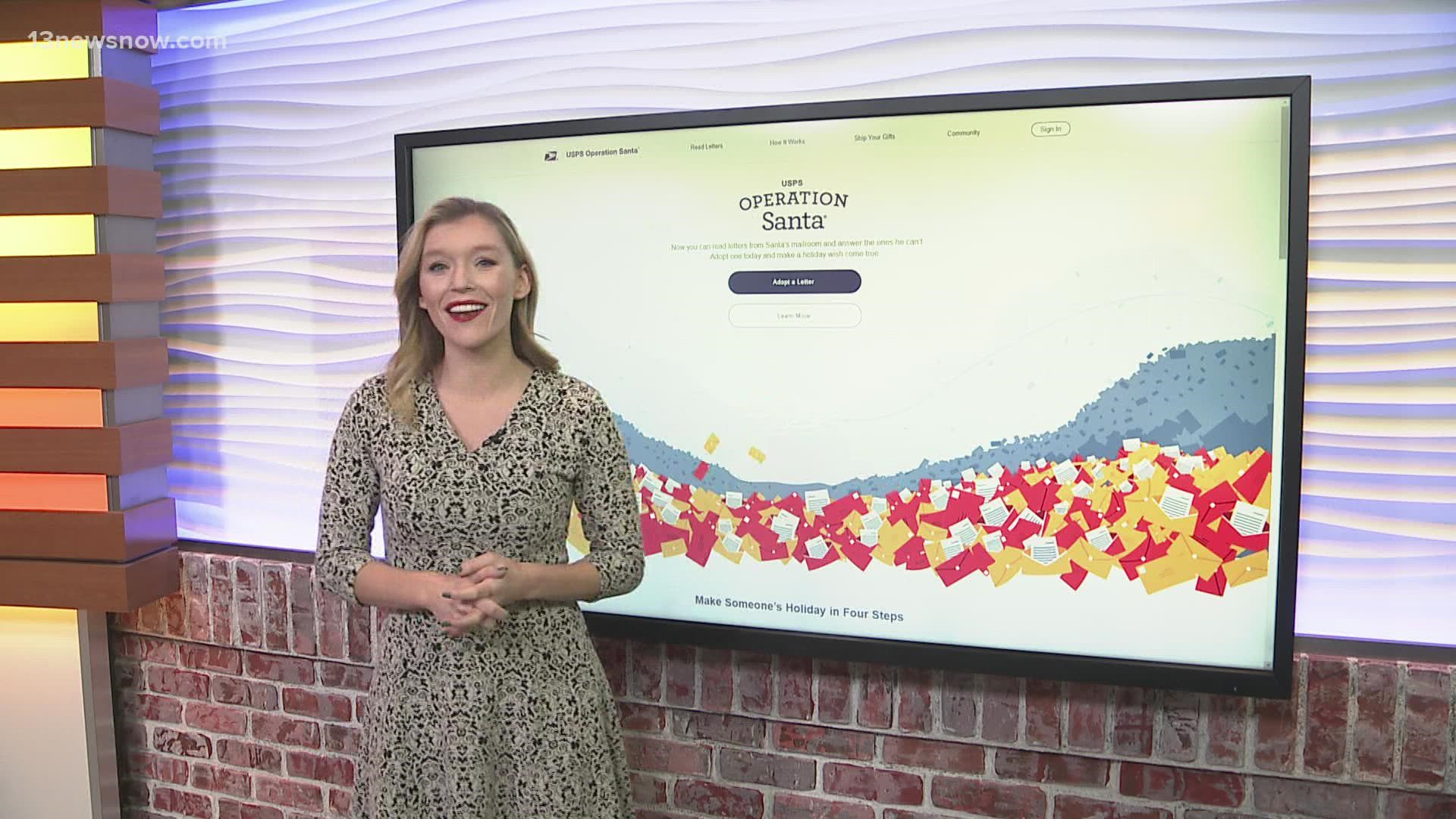