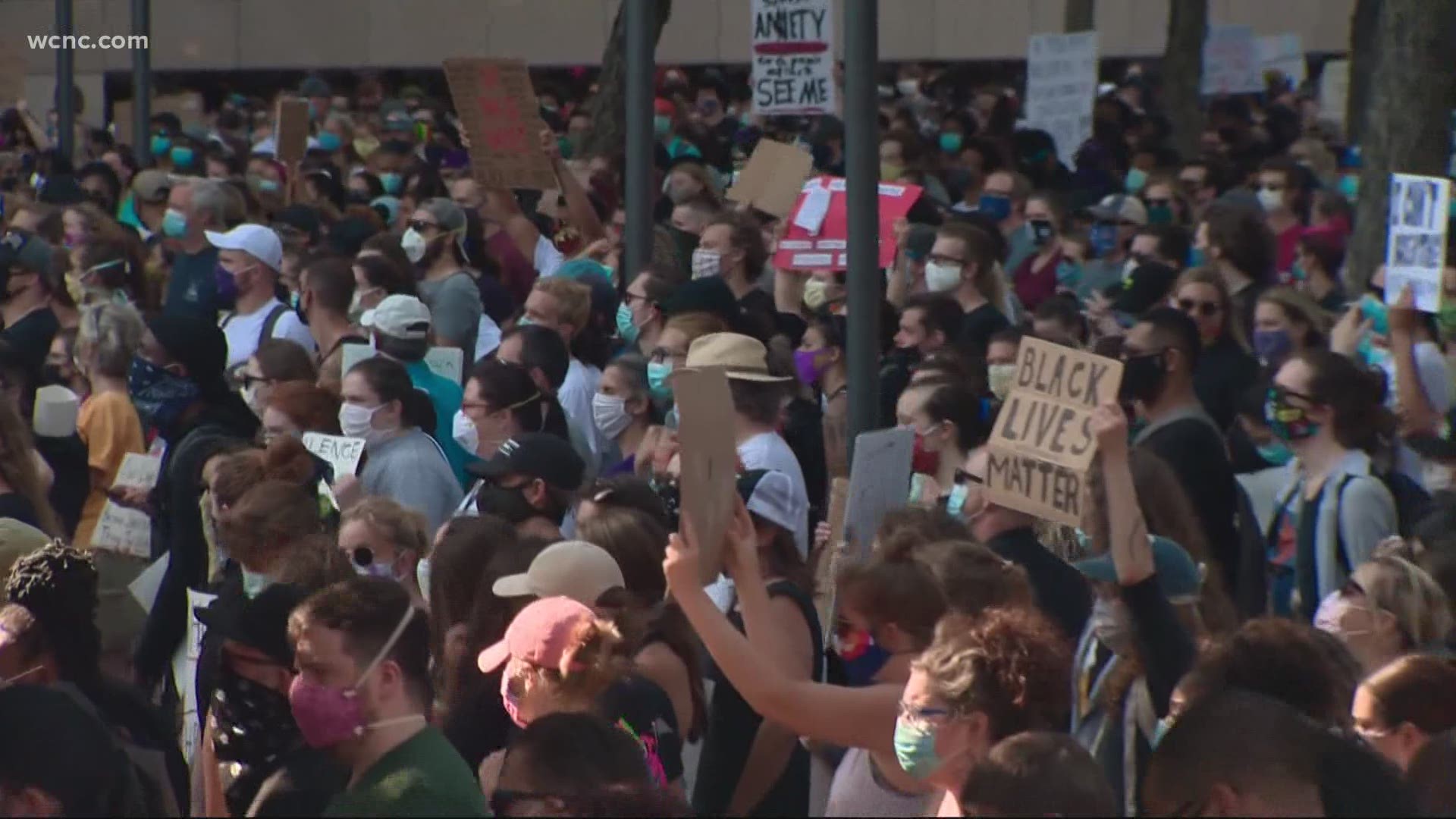 In 2020, protests erupted after several high-profile cases of African-Americans being killed at the hands of police. The demonstrations happened in Charlotte too where the top three law enforcement leaders are all African-American: The police chief, the sheriff and the district attorney.

Both the sheriff and chief also shared their own experiences with police as African-American men, which weren’t always positive, and they’re embracing the calls for change.

RELATED: Black Lives Matter has been nominated for the Nobel Peace Prize

In Charlotte, the protests were not only seen through the eyes of the law, but also with the perspective of two top African-American leaders who were enforcing it.

“It wasn’t particularly about George Floyd,” Jennings said. “That was just the breaking point for our society.”

“We are pushed down and walked on a lot,” McFadden said. "I see things differently. I marched with a mask that says' 8:46.' I don’t think that anybody who is not of color could have walked with that mask except me.”

“I hope that allowed me to be able to see each side of it and to understand a little bit more,” Jennings said.

Neither the sheriff nor the chief had a calling for law enforcement early on in life.

“I really didn’t want to get into law enforcement when I was younger,”  Jennings said.

McFadden wasn't interested either. In fact, Sheriff McFadden says he had a bad experience with police in high school when he and his friends were stopped for walking on a rural road after football practice. McFadden believes he was racially profiled.

“Although we weren’t handcuffed, we're standing on the side of the road and he was just going on and on and on about what we should do," McFadden said.

More recently, Jennings said he was pulled over for no apparent reason in his wife’s luxury car while driving out of state a couple of years ago.

“The first thing I thought of when I left was, ‘Wait a minute, was I just profiled? Was I racially profiled?’” Jennings recalled.

With the racial reckoning of 2020 came questions about the root causes of the problem, specifically, whether there is systemic racism in police departments or just a few bad apples.

“I think the issue is much bigger than a few bad apples,” Jennings added.

However, Jennings noted the good officers don’t always get the attention they deserve. Based on the results of a department survey, Jennings said CMPD officers are listening to the calls for changes to policing, which he thought would meet some resistance.

“I was shocked,” Jennings said. “What I got back from our officers was they embraced it; they were ready for it.”

However, the chief said perception is reality, which means they have to work to change people’s views of police, and they’ll need help from the African-American community to do that.

“After I finally take this badge and gun off, and who knows when that’ll be, I’m still a Black man, and my community is still either accept me or not accept me,” McFadden said.

McFadden said one change he’d like to see in policing is for officers to be trained to intervene when another officer is using excessive force.

RELATED: This Charlotte hospital was the first in the state built exclusively for the treatment of Blacks