Officials said even though more people are struggling financially this year, fewer families are singing up for the free Christmas gift program. 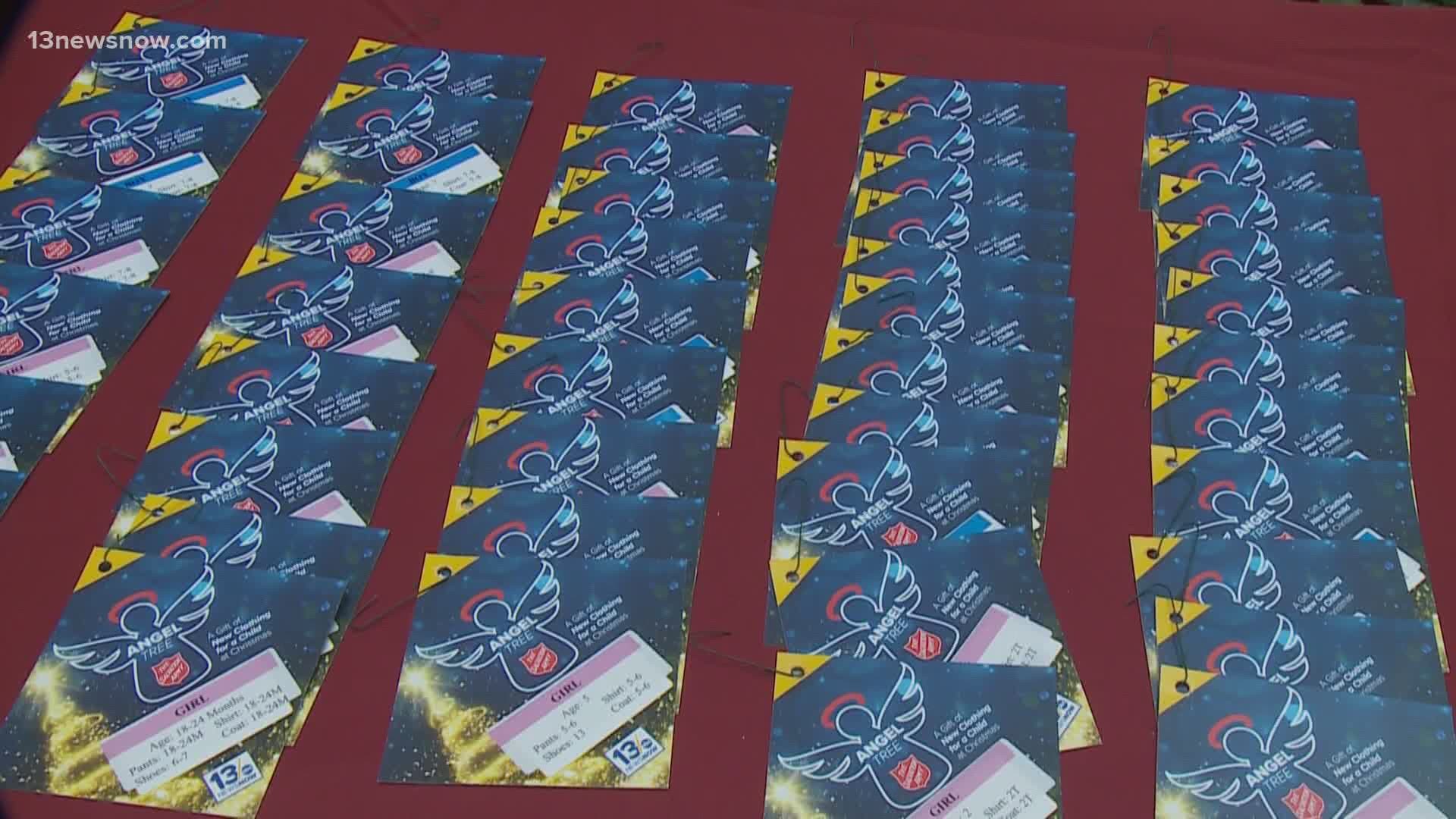 NORFOLK, Va. — More people than ever are facing financial hardships this year, so the Salvation Army Hampton Roads Area Command is extending the deadline for its annual Angel Tree program.

They want to make sure families have a chance to sign up for the program.

The long-running initiative gives Christmas presents to families in need.

Dohmann says virtual learning might have something to do with it.

“A lot of requests came through the school system because of course that’s where the kids are," he said.

Social workers at area school districts are now e-mailing parents instead of sending home fliers with kids, since a lot of children aren’t actually in classrooms anymore.

“I think it may be that parents are so inundated with emails these days, especially from the school system and the teachers and trying to keep up, they’re not going through and they’re not reading the information," he said.

Because of the pandemic, parents have to sign up for the program online, instead of in person. That might be adding another hurdle.

“But really we think the people that are in need, they’re just not hearing the message," Dohmann said.

The program gives Christmas presents to children ages 12 years old and younger, whose families who might not be able to afford it.

“So that way parents can use their resources to provide for their family in other ways – such as keeping the lights on, keeping food on the table," he said.

To sign up or to pass the information on to someone who may need it, visit their website: RescueChristmas757.org.

According to a press release, you will need the following documents: current government-issued photo ID for parent/guardian (with correct address or two bills to prove city of residence); birth certificates for all children ages 0-12 to verify age; and if you are not the legal parent of the child, proof of guardianship.