The city's website said there would be a new art exhibit unveiled in the NEON District as part of the celebration. 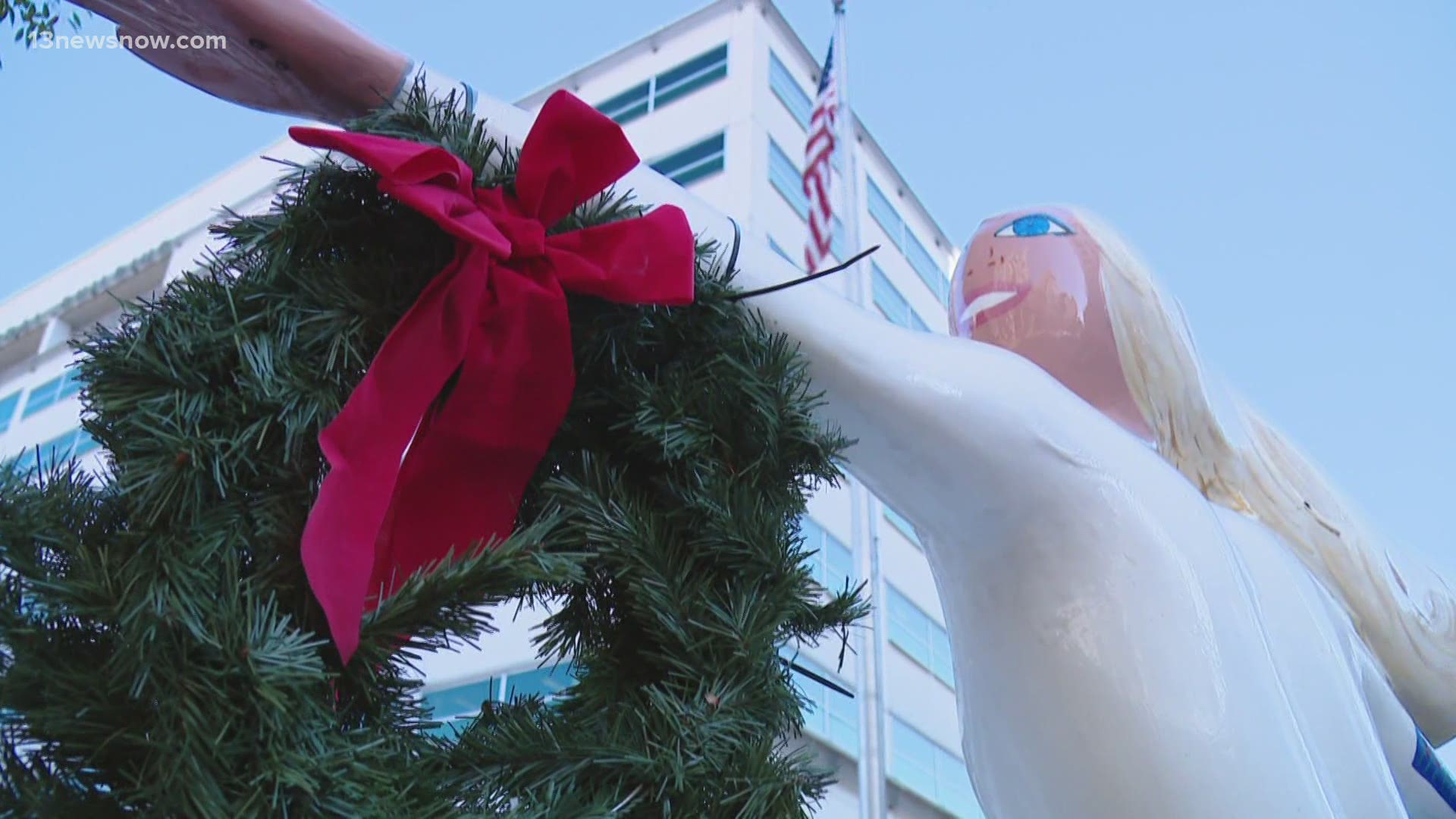 NORFOLK, Va. — The holiday season is quickly approaching, and even though the city of Norfolk is adjusting its Grand Illumination to prevent the spread of COVID-19, the lights are sure to bring cheer to residents.

In 2020, the light show is set to kick off Saturday night.

To cut back on crowds, there won't be a parade or decorated floats this time, but on its Facebook page, the city said residents could still make this year "the Grandest Illumination Ever."

“It would have been our 36th annual parade and we never had to cancel it. So it’s very upsetting. It’s really a regional tradition and regional favorite. So, it’s sad but we have to do what makes the most sense for the safety of the public and our organization," said Downtown Norfolk Council Director of Marking Jessica Kliner.

Norfolk resident Tiana Hunter explained she watched the parade every year and is disappointed they had to cancel.

“They didn’t have to cancel it because of COVID. But I can understand why they did, though," said Hunter.

However, residents can be a part of the plan, too, by turning all their decorative lights on, "separate but together," at 7 p.m.

#GrandIllumination will be a little different this year – so celebrate with us, separate but together, by flipping the switch of your outside lights at 7PM Saturday, Nov. 21, as @NorfolkDowntown's skyline holiday lights illuminate. Tell friends, family & neighbors!✨🌃🏢✨🏘🏡✨ pic.twitter.com/B7Lenr9PDm

Even if he won't be in a parade, children can still take a socially-distant photo with Santa.

There will be a train exhibit in Selden Market and several outdoor musical performances, including one by The Rhythm Project.

Kliner mentioned that other activities will be taking place throughout the holiday season on Granby Street to get more local restaurant owners involved in the Holiday spirit.

“We’re having a new event called 'Holiday, Movie, Food and Drink Week.' And that starts December 4th. Our downtown chefs are getting so creative and reimagining food from your favorite holiday movies. But not just the food, they are going all out with decor and costumes," said Kliner.

The city's website said there would be a new art exhibit unveiled in the NEON District as part of the celebration.