No cash? No problem. It’s a more than century-long tradition that's getting a modern update. 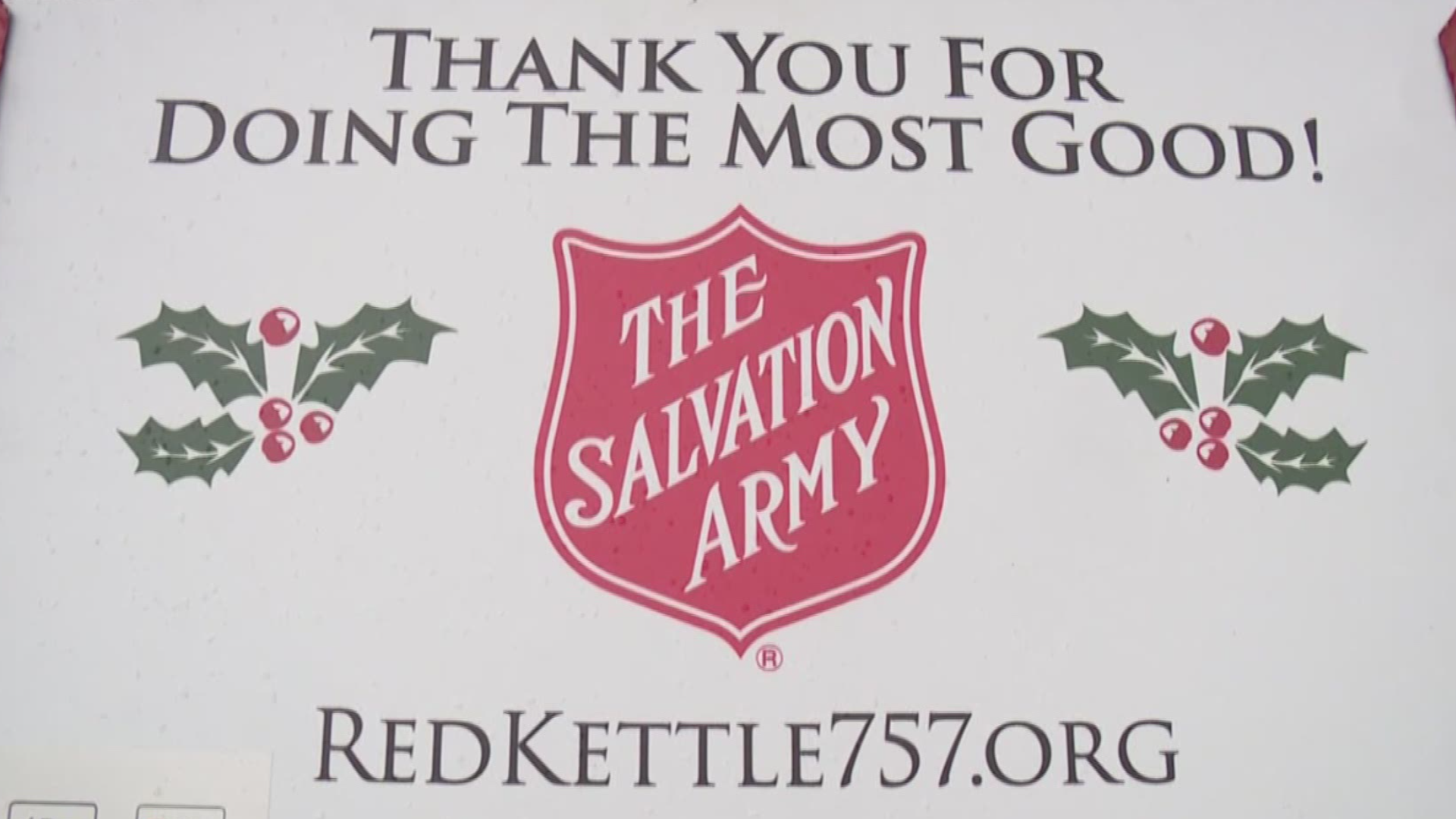 Salvation Army Major James Allison said oftentimes people want to donate, but don’t have any cash on them.

“The number one kettle patron response is, 'I don’t have any cash,' or 'I’ll catch you coming out the door,'” Allison said. “This year we have settled the 'I don’t have the cash' piece.”

Here’s how it works: Anyone can simply tap their smartphone against the sensor or use their camera to scan the code. It will open a donation page on the phone, then the person picks the amount and send off their payment.

“This is definitely directed at the millennials to give the future of our country the opportunity to donate in a way that’s comfortable, and a way that they’re accustomed to donating,” Allison said.

Terrance Griffin said he donates to the Salvation Army all the time. He was dropping a dollar into the donation kettle, on his way out of Greenbrier Mall.

Asked about this new cashless option, he said it’s a great idea.

“A lot of people use their cell phones and sometimes they don’t have any cash. I guess the app is a lot better for the kids. They do their phone now,” he said.

Allison said this is the first year the Salvation Army, nationwide, is doing the cashless option.

There will be 98 red kettles across Hampton Roads this Black Friday.

Allison said they want to raise more than $400,000 this holiday season, through their red kettle bell ringers.

RELATED: Giving back while giving thanks in Hampton Roads

RELATED: We bought a mystery pallet of your Amazon returns. Here's what we found